Radio Foot with the program today: Euro, the European champion and his runner-up make a good entry into the tournament. - Precious success of the Blues applied in Munich against the Mannschaft. - The B… 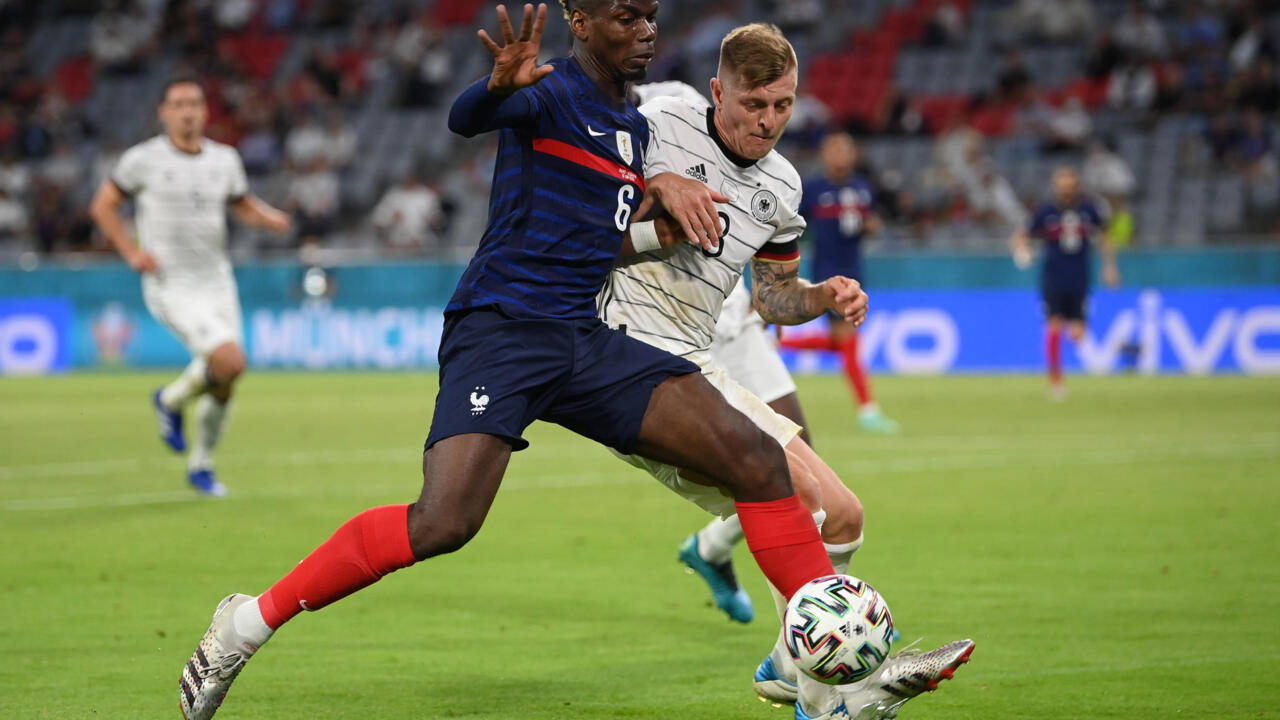 Radio Foot with the program today: Euro, the European champion and his runner-up make a good entry into the tournament.

- Precious success of the Blues applied in Munich against the Mannschaft.

- Did Hummels' own goal give them peace of mind?

A bit of success anyway - A series of invincibility against the whites, the Germans who are no longer the bête noire of the French.

- Did Löw's 11 fear its evening opponent?

- How to explain the late changes of Deschamps?

- The “Mannschaft” already under pressure, must react against Portugal on Saturday, June 19, 2021. - The Selecão stands out in the “money-time” in Budapest - End of the match on Portugal's hats against Hungary! - For his 5th Euro in a row, doubled by Cristiano Ronaldo who steals from record to record. - A double that the Portuguese scored in 3 consecutive editions, goals scored in all the tournaments played. - The Euro players in clear water! CR7 replaces Coke with water at a press conference, was Pogba inspired by this gesture? He pulled out a beer bottle in front of him, but left the soda! Advertisers will appreciate. - Continuation of the competition: Denmark- Belgium in Copenhagen after the Eriksen trauma.Will the Scandinavians still have the head in the competition? How will the Red Devils react? - The "Leone Stars" find the CAN. Stop for the Squirrels, the greens and whites will play a third final phase. - Constant Omari leaves the presidency of the Congolese Football Federation.

To discuss all these subjects, Annie Gasnier will welcome Nicolas Vilas, Jean-Philippe Bouchard and Patrick Juillard.