Metallica will be the great headliner of the Mad Cool music festival in its edition of 2022. The Madrid festival has announced this Wednesday more than a hundred ... 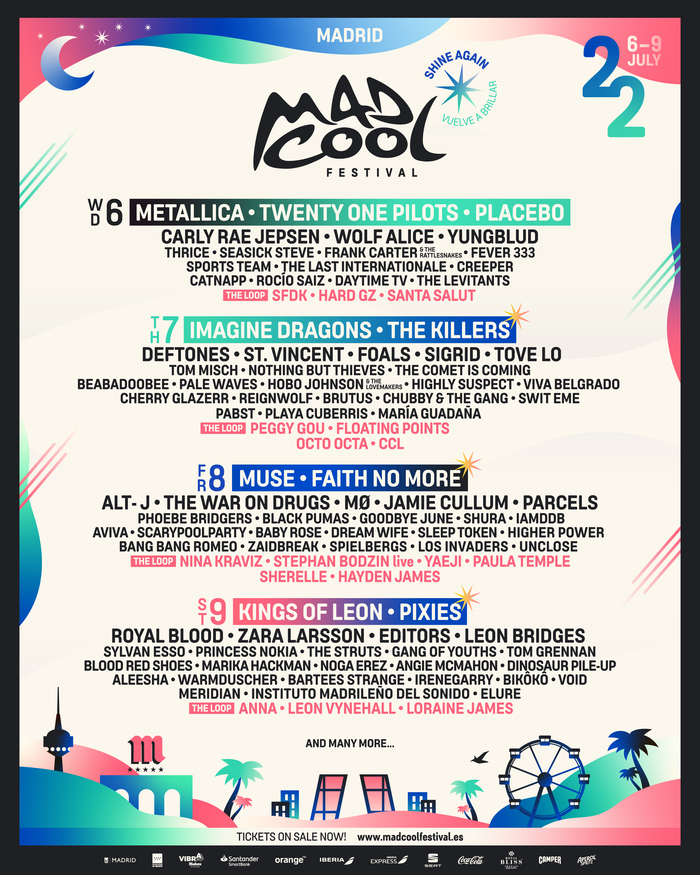 will be the headliner of the

in its 2022 edition. The Madrid festival has announced this Wednesday to more than a hundred groups and soloists, mostly international, for its next edition, which will be held on days 6, 7, 8 and 9 of July of the next year, while in 2021 it has been canceled.

performed for the last time in Madrid in May 2019, when it offered a concert for 68,000 people precisely in the space in Valdebebas where Mad Cool is celebrated.

Legendary heavy metal group for more than three decades, Metallica will be surrounded on the bill by

many other rock groups

, as well as other styles.

, in which it will be, the organization insists, "the best poster of all the editions of Mad Cool ".

The price of day tickets is 75 euros.

FlamencoMaría Juncal, a flamenco dancer who triumphs around the world and brings her joy to Madrid

Kevin Clark, the boy who played drums in School of Rock, is run over by a car