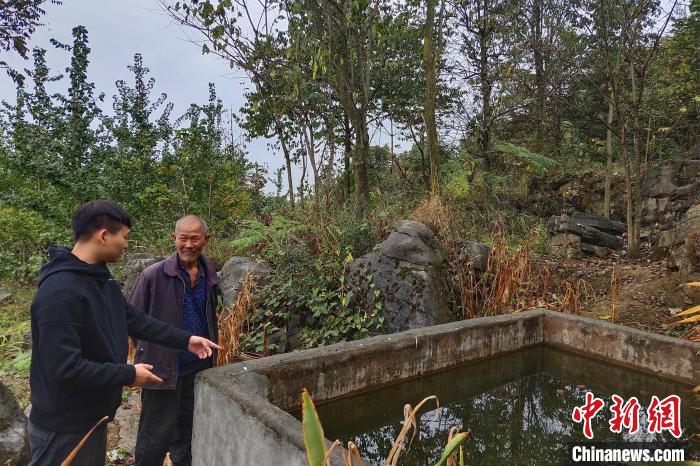 China News Service, Yichang, June 16 (Yu Min, Chen Liangyu, Dong Xiaobin) A "post-90s generation" in Hubei has rooted in the mountains for 5 years, helping the former poor village to reinvent itself and become a well-known "beautiful village" and "star village".

Yang Fan, party branch secretary of Nanhe Village, Yuyangguan Town, Wufeng Tujia Autonomous County, Hubei Province, said on the 15th that he did not regret the choice to return to his hometown at that time, because what he did was meaningful.

Nanhe Village is located at the junction of Hunan and Hubei, 30 kilometers away from Wufeng County. "Improper roads, unclean water, and unstable electricity" used to be an unspeakable pain in the hearts of the whole village.

Yang Fan, born in 1993, is a native of Wufeng Town, Wufeng County. After graduating from university in June 2016, he returned to his hometown through the college student village official entrance examination and served as a village cadre in Nanhe Village, determined to change the local backwardness.

When he first arrived in the village, every job was very difficult for Yang Fan. “The things learned from school books are totally useless.” So Yang Fan stepped forward, visiting and studying at the same time.

In the past five years, he has traveled every inch of land in Nanhe Village and helped solve the problems of "impeded roads, unclean water, and unstable electricity".

In June 2019, 25-year-old Yang Fan was elected as the party branch secretary of Nanhe Village.

In order to invite experts to the site for technical guidance, Yang Fan visited Wuhan several times and invited experts from the Hubei Academy of Agricultural Sciences to visit Nanhe Village several times to bring excellent seedlings and planting techniques to the villagers.

After the three-year service period expired, Yang Fan was assigned to the Wufeng County Judicial Bureau after examination, but he took the initiative to apply to the organization to stay.

In 2020, when the new crown pneumonia epidemic broke out, Yang Fan returned to Nanhe Village again to carry out personnel scheduling, traffic control, and material distribution.

In the end, Nanhe Village "has no confirmed, no doubt, no observant" and resumed spring ploughing production in an orderly manner as early as possible.

After working for 5 years, even if his home is in Wufeng County, Yang Fan would not go home for a long time.

"I have complained about him before, but I have seen all the changes in Nanhe Village and I also understand his painstaking efforts." said Ni Xin, Yang Fan's wife.