International press review - In the spotlight: the continuation of Joe Biden's diplomatic tour in Europe

In the spotlight: the continuation of Joe Biden's diplomatic tour in Europe Audio 04:40 The President of the European Commission Ursula von der Leyen, the American President Joe Biden and the President of the European Council Charles Michel in Brussels, June 15, 2021. REUTERS - YVES HERMAN By: Guillaume Naudin Follow 10 mins Publicity And the NATO summit yesterday in Brussels. The world pres 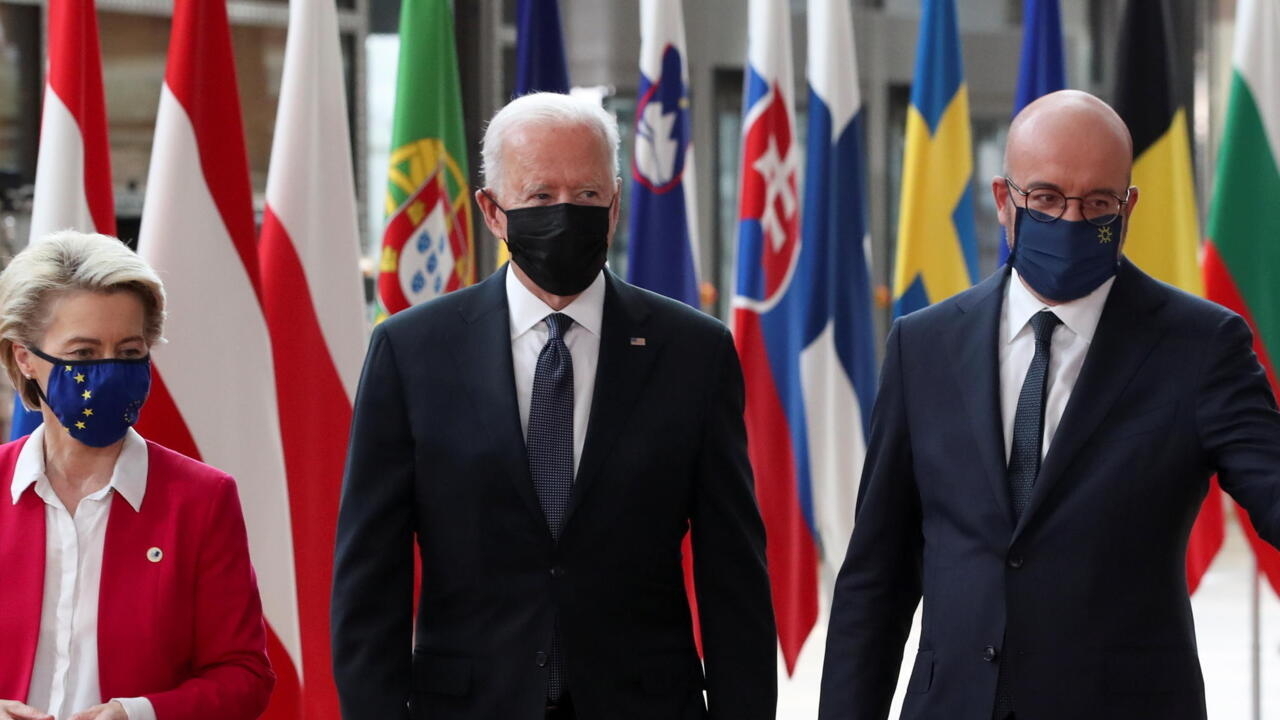 In the spotlight: the continuation of Joe Biden's diplomatic tour in Europe

And the NATO summit yesterday in Brussels.

The world press notes how Russia, whose President Vladimir Putin will meet Joe Biden tomorrow in Geneva, finds itself at the top of the concerns of the Atlantic alliance.

But what the newspapers remember most is how China is moving up the list of what NATO members see as a problem.

Even if the organization's secretary general Jens Stoltenberg specifies that the country is not qualified as an enemy or adversary, the final communiqué does speak of a systemic challenge and of the security questions posed by China's military development.

sees it as a success for Joe Biden while certain European members of NATO, in particular those who have economic ties with Beijing such as France or Germany, seemed more cautious on this subject.

This does not fail to react in China

, the official newspaper of the Communist Party of China, takes up the reaction of the Chinese mission to the European Union which notes that the Chinese military budget represents only 1.3% of the GDP, much less than what is practiced in the NATO country and that China has almost twenty times fewer nuclear warheads than the Atlantic alliance. And to deny that China poses a systemic challenge while indicating that the country will not sit idly by if faced with a challenge of this nature.

, a newspaper which belongs to the State, but without being its official communication organ, explains in its opinions pages that by imposing on China the role of imaginary enemy, NATO goes against the interests of the world, including those of its own members.

Ursula von der Leyen, the president of the commission, and Charles Michel, president of the Council, will be able to discuss the current subjects with an American president who arrives with the ideas of Trump in his luggage can one read in

. The German daily lists the topics for discussion. And they are many. There is defense and China, which we have already talked about a lot. But there is also trade. Conflicts in this area persist, especially in the aeronautics and automotive sectors, and nothing says that quick solutions are possible. There is also the sharing of vaccine doses and the lifting of patents that divide the United States and Europe.

And then there is also the reopening of borders and the freedom of movement as the pandemic seems to be receding in Western countries.

Vaccinated Americans are once again allowed to come to Europe, but the converse is still not true, and signals from Washington do not offer any hope for any change in the short term, writes the German newspaper.

The British press, for its part, widely reconsiders Boris Johnson's decision to postpone for four weeks the lifting of the last restrictions linked to the pandemic

It was expected, but obviously it does not please. "

Will we ever be free at last

, Britain's best-selling newspaper and owned by magnate Rupert Murdoch, on the front page.

, which belongs to the same boss as well as the

, give the explanation of this decision of the Prime Minister: the increasing share of the delta variant (formerly called the Indian variant) in contaminations which go up while the vaccination is one of the most advanced.

It is a question of giving oneself the time to continue and to multiply the injections.

Boris Johnson explains that thousands of lives could be saved.

Freedom, the real one, in Great Britain, therefore, will not be before July 19.

alarmed in the front page

, a conservative daily which worries about Boris Johnson's refusal to guarantee that there will be no further postponement.

Finally a debate on the taxes of billionaires

It will surprise you or not, but it's in the Swiss press.

After the revelations of the last few days on the very low amount paid by the 25 richest Americans.

wonders if we should disclose the amount of taxes of billionaires and invite two of its journalists to cross swords on this subject.

Between salutary decisions for democracy and a false idea of ​​tax justice, you can discover their arguments on the newspaper's website.

Cybercrime: "grotesque" anti-Russian accusations in the eyes of Vladimir Putin