French press review - In the spotlight: the Franco-German summit

In the spotlight: the Franco-German summit Audio 04:19 The France team entered the competition this Tuesday against Germany. © Franck Fife / AFP By: Frédéric Couteau Follow 9 mins Publicity A summit without Merkel or Macron but with 11 players on both sides… It's football, of course, and it's tonight in Munich: Germany-France, the first match for the two teams in this Euro. “  The first sip 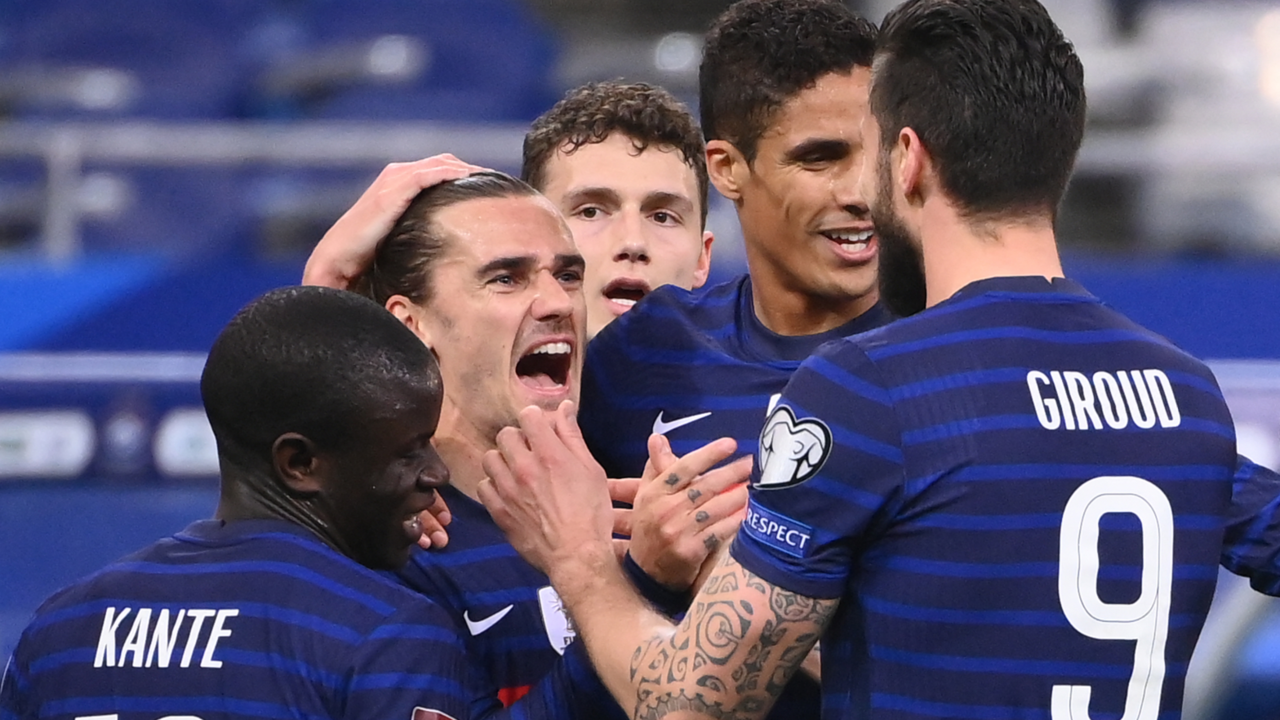 In the spotlight: the Franco-German summit

The France team entered the competition this Tuesday against Germany.

A summit without Merkel or Macron but with 11 players on both sides… It's football, of course, and it's tonight in Munich: Germany-France, the first match for the two teams in this Euro.

The first sip of beer…

Between the last two world champions, there will probably be some sparks

", estimates the sports daily which wonders: "

with Benzema? As strong as in 2018, solid enough behind to chain two major titles like the Zidane generation, in 98 and 2000?

Germany-France will not be the answer to everything in this Allianz Arena in Munich where the Blues had taken out Portugal in the semi-finals of the 2006 World Cup. But it will be,

L'Equipe, the start of everything .

Ready for the Franco-German summit

as times change, the newspaper notes. Not so long ago, facing Germany in a big international competition would have petrified us with fear. The bitter failures of Seville in 82, Guadalajara in 86 or even Rio in 2014 are etched in our memories.

"At the end of the day, it's always Germany who wins," they

"But since then, fear has changed sides, notes

The first turning point came in 2016 during the Euro in France.

The Blues had finally eliminated Germany in the semifinals.

They followed suit, winning the World Cup in Russia, while Germany pitifully disappeared in the first round.

Tonight, in Munich, it is our adversaries who will be afraid.

This in no way prejudges the result, but it's already been won.

another match will be played

there will be no exemption or tolerance to the curfew. Fans will need to be home by 11 p.m. With a game starting at 9 p.m., this makes it harder for cafetiers and restaurateurs. They will indeed be able to broadcast the match outdoors or indoors, while respecting the gauge and avoiding groupings… A real headache.

"And many questions, points out

Can we put a giant screen on the bar terrace or not? At what time to stop serving drinks to hope to make customers leave at the final whistle? Will they leave easily if France wins? Are the fines going to rain if the bar is not closed by 11 p.m. sharp?

Does a tennis fan matter more than a football fan?"

"Indeed, points out the newspaper,"

in a country with obsessive egalitarianism, the decision to be accommodating on the respect of the curfew at Roland-Garros, but not for the match Germany-France, could only attract bitter comments.

which was a hit a few weeks ago.

to question once again: "

How to count on the sense of responsibility of the French if the instructions seem arbitrary and improvised?"

When will the mask end?

At the same time, another question asked this time by

: will the sanitary instructions on wearing a mask change? When will the end of wearing the mask? Will we be able

in the open air from July?

Monday, the Director General of Health, Jérôme Salomon, raised the possibility of no longer having to cover your face outdoors from the beginning of July. Among physicians, the news is received with varying degrees of reception.

On the side of the Ministry of Health, we are careful not to anticipate the call.

"No decision has been taken regarding the wearing of the mask outdoors in the coming weeks. So it remains the rule"

, we insist in those around Olivier Véran.

At least for a few days.

The Health Defense Council which meets tomorrow Wednesday at the Elysee Palace could decide otherwise.