They detect a fireball between the coasts of Spain and Algeria at 145,000 km / hour

The detectors of the SMART project, of the Institute of Astrophysics of Andalusia (IAA-CSIC), from the astronomical observatories of Seville, La Sagra and Sierra Nevada (Granada) and La ... 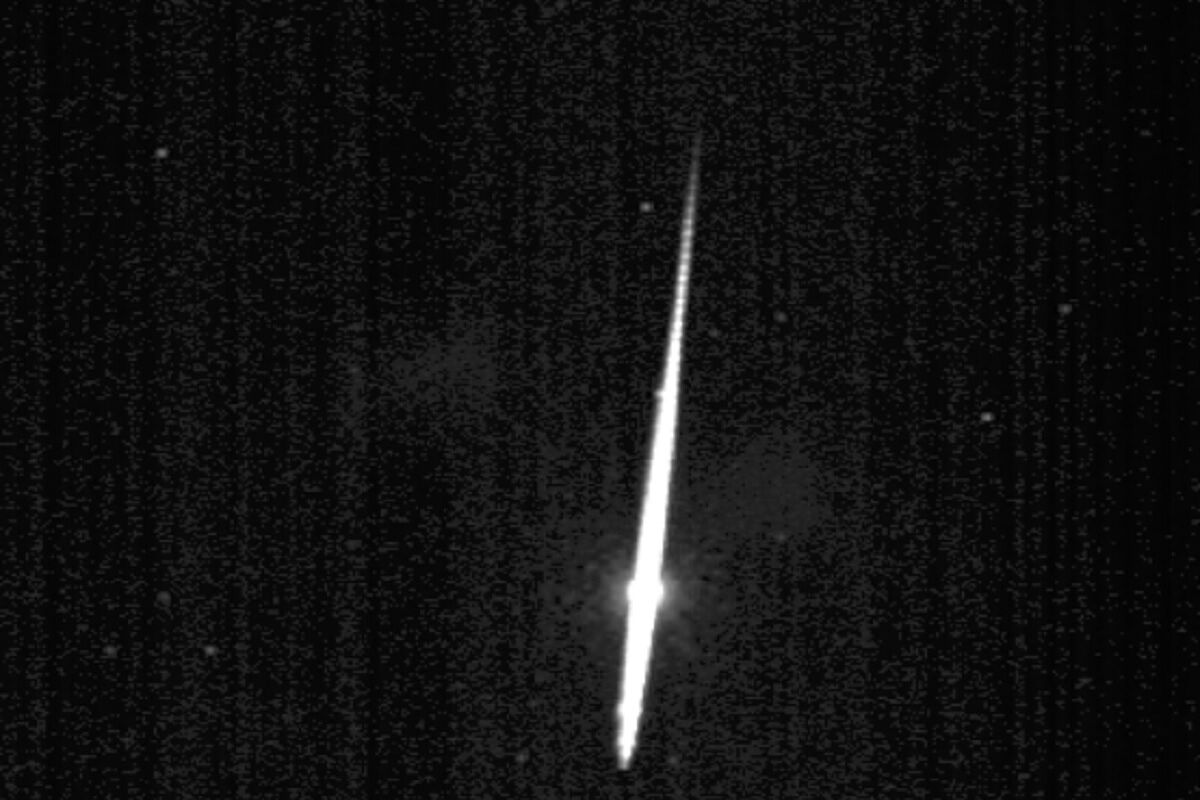 Institute of Astrophysics of Andalusia

(IAA-CSIC), from the astronomical observatories of

(Toledo) have registered the passage of a fireball between the coasts of Spain and Algeria at 145,000 km / hour.

According to the analysis of the principal investigator of

, from the Institute of Astrophysics of Andalusia (IAA-CSIC), the fireball was recorded at dawn from Saturday to Sunday at 3:45 a.m. and due to its high luminosity, it could be seen from all over the south and center of the Iberian Peninsula

The phenomenon occurred when

a rock from a comet

The collision with the atmosphere at this enormous speed caused

the rock to become incandescent

From there the fireball advanced in a southwesterly direction

the fireball traveled a total distance of about 38 kilometers in the atmosphere.

operate within the framework of the

(SWEMN), which aims to continuously monitor the sky in order to record and study the impact against the earth's atmosphere of rocks from different Solar System objects.

The Nobel Prize in Medicine Jules Hoffmann approves the vaccine mix: "In theory, it does not represent any problem"

The destructive 500-kilometer journey through China by 15 'drunk' elephants