89.136 million passengers! During the Dragon Boat Festival holiday, do you go out and lie flat for 3 days? 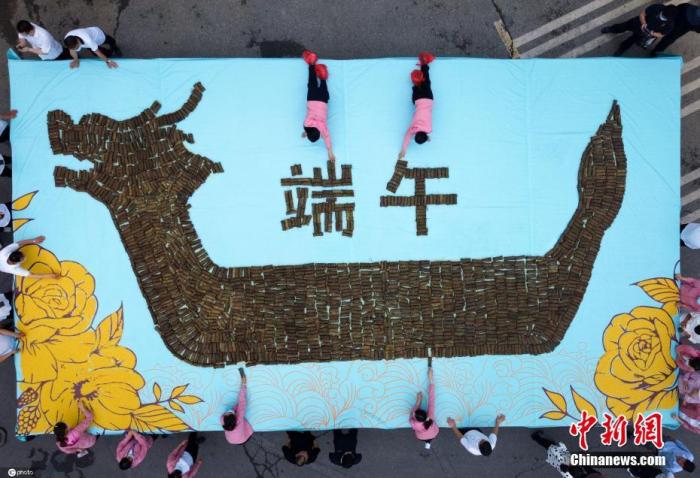 Although there is only a three-day short holiday, people's enthusiasm for traveling is unabated.

According to calculations calculated by the Data Center of the Ministry of Culture and Tourism, during the three-day Dragon Boat Festival holiday, 89.136 million domestic tourist trips were made nationwide, a year-on-year increase of 94.1% on a comparable basis, and a return to 98.7% of the same period before the epidemic on a comparable basis.

In addition, domestic tourism revenue was 29.43 billion yuan, an increase of 139.7% year-on-year and recovered to 74.8% of the same period before the epidemic.

On June 13, in Fuzhou, Fujian, people rowed dragon boats on the Guangminggang River to celebrate the Dragon Boat Festival.

Tour around the city is the mainstream

The three-day time limit also determines that people's travel radius is not long, and travel around and nearby outings have become the mainstream.

According to a survey conducted by the Data Center of the Ministry of Culture and Tourism, the number of tourists who choose to travel around cities is the highest, accounting for 29.1%. Tourists who choose city and suburban parks together account for 34.4%, and 88.6% of tourists travel within 300 kilometers.

Ctrip data shows that the peak of travel is on the first day of the holiday. Shanghai, Beijing, Hangzhou, Chengdu, Nanjing, Chongqing, Changsha, Wuhan, Xi'an, and Qingdao have become the top ten most popular cities for high-speed rail arrivals in the country.

At the same time, from the perspective of popular holiday routes, tourists do not travel far during the Dragon Boat Festival. The average one-way travel time of high-speed rail trips is 2 hours and 13 minutes, and the average travel radius is 338 kilometers.

Where is the most fashionable Dragon Boat Festival?

Red tourism ushered in the peak

As "July 1" approaches, red tourism in various places ushered in a peak of passenger flow, and the awareness and influence of red culture among young people has rapidly increased. The red tourist population is showing younger and parent-child characteristics.

According to a survey conducted by the Data Center of the Ministry of Culture and Tourism, ticket sales for red tourist attractions across the network increased by 60% year-on-year.

Ctrip data also shows that orders for red travel products on the platform increased by 60% year-on-year.

On June 12, the "Hayao Miyazaki and the World of Ghibli" animation art exhibition was held at Today Art Museum in Beijing, and people went to watch the exhibition.

The picture shows the audience walking into the "Totoro Bus" to take pictures.

The temperature is relatively high during the small holiday, and museums with fresh air systems and air-conditioning are the most popular types of scenic spots.

On the Qunar platform, among the top three most popular attractions during the Dragon Boat Festival, the Forbidden City and Sanxingdui Museum ranked first and third respectively.

As the cultural and creative products in cultural scenic spots such as museums have become more abundant in recent years, the "fashion play" such as the Royal Cat in the Forbidden City, the blind archaeological box in Henan Province, and the Sanxingdui Zongmu Mengmeng Cup have become reasons to attract young people to check in.

According to a survey conducted by the Data Center of the Ministry of Culture and Tourism, in terms of travel motives, family leisure accounted for 35.3%, and parent-child studies accounted for 16.5%.

Going Linka is the most common way of leisure and entertainment for Tibetans, mostly in the June-September period.

The picture shows the children who have "passed Linka" rowing rubber boats and playing in the water.

Hotel and homestay prices have risen

According to a survey conducted by the data center of the Ministry of Culture and Tourism, the tourism market in major source cities is higher than that in traditional tourist destinations, and the tourist market in source cities is more active. Reservations for quality hotels and holiday homes around cities such as Shanghai, Wuxi, Hangzhou, Chengdu, and Chongqing The price has risen by more than 50% compared to usual.

Traveling and lodging are never complete. Seeking beauty, innovation, and quality is still the pursuit of the new generation of tourists.

Ctrip data shows that during the Dragon Boat Festival, the average price of small and beautiful accommodation products reached 1385 yuan.

Among them, Weihai, Changli, Fuzhou, Benxi, and Rizhao became the dark horse cities with the highest increase in bookings for small and beautiful accommodation products.

According to Tujia data, those themed experience-type homestays that can satisfy the needs of fruit and vegetable picking, folk scenery, landscape sketching, hand-made, poetic dwelling, and tasting of ecological game have become the first choice for young people to take a vacation.

Have you traveled this Dragon Boat Festival holiday?