Yesterday, the Sheikh Zayed Book Award at the Abu Dhabi Arabic Language Center of the Department of Culture and Tourism - Abu Dhabi opened the door for candidacy for its 16th session, starting from this June until the first of next October. 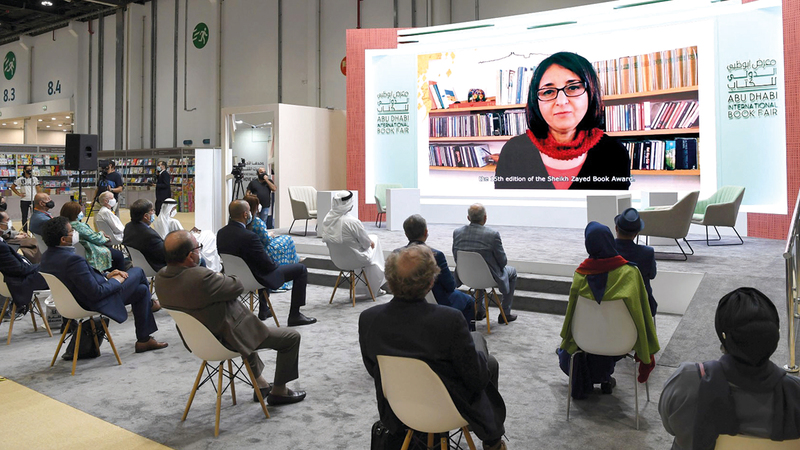 The Sheikh Zayed Book Award at the Abu Dhabi Center for the Arabic Language of the Department of Culture and Tourism - Abu Dhabi yesterday opened the door for nominations for its 16th session, starting from this June until the first of next October.

The announcement comes in the wake of the end of the 15th session of the award with the second virtual honoring ceremony in the history of the award, which received wide attention when it was broadcast live on social media platforms and television channels on May 24.

In its last session, the Sheikh Zayed Book Award recorded a record number of 2,349 nominations from 57 countries, an increase of 23% over the 14th cycle of the award, in its nine branches: literature, translation, development and nation-building, Arab culture in other languages, and literature Child and Young Adults, Arts and Critical Studies, Young Author, Publishing and Cultural Techniques, Cultural Personality of the Year. This brings the total number of nominations received by the award since its inaugural session to 19,095. Dr. Ali bin Tamim said: “What we have achieved today in terms of success comparable to, or even exceeding, the previous cycles of the award, was not the result of chance. Rather, it is the fruit of careful planning and diligent work in all aspects to ensure that the Sheikh Zayed Book Award remains in the position it has achieved as one of the most important International Literary Awards, and the most prominent Arab incubator for publishing, culture and translation.

He added, "We organized a virtual honoring ceremony for the last session for the second time in the history of the award, and the results proved that the award is appreciated by the world and its interest, whatever the means of holding it and honoring its winners." In the 15th session, the Egyptian writer Iman Mersal won the Literature Branch Award for her book “In the Effect of Inayat Al-Zayat.” In the Young Author section of the award, Saudi researcher Dr. Asmaa Moqbel Awad Al-Ahmadi won the award for a study entitled “The Problems of Narrative Self in the Saudi Women’s Novel - Critical Study (1999 - 2012). As for the Arts and Critical Studies branch, the Tunisian researcher Khalil Quwaya won it for the book “The Path of Modernization in Plastic Arts from Painting to Painting”, while Dar Al Jadeed Lebanese Publishing won in the publishing and cultural techniques branch.

The list of winners of the last round of the award also included the Tunisian writer Mizouni Bennani in the children’s literature branch, which stems from the story “The Journey of an Artist.” The Egyptian writer and researcher, Dr. Saeed Al-Masry, also won the award for the branch of development and state building for the book “The Heritage of Pride between Folklore and the Religious Field.”

The American researcher Tahira Qutb Al-Din won the award of the Arab Culture in Other Languages ​​section for the book “Arabic Rhetoric: Art and the Job.” The translation branch was won by the American translator Michael Cooperson for his book Impostures, which translated the well-known Maqamat Al-Hariri from Arabic into English in a bookstore edition Arabic Literature of New York University - Abu Dhabi.

The Sheikh Zayed Book Award receives self-nominations from the authors themselves, in addition to the nominations of publishing houses that can submit nominations for books issued by them after obtaining the authors' written consent.

With regard to the conditions of nomination for the Sheikh Zayed Book Award, the original works nominated must have been written in the Arabic language, with the exception of the nominated works within the “Translation” branch (whether works translated from or into Arabic), and the nominated works within the “Arabic Culture in Other Languages” branch. Works published in English, German, French, Italian, Spanish and Russian are accepted.