In April 2018, we celebrated in this space the film A Quiet Place, titled: “The Best Silent Film Since the Twenties.” It was a distinguished, intelligent, and unique film with a very creative idea served by a very special template, the silent film template. Never depend on scaring the pain 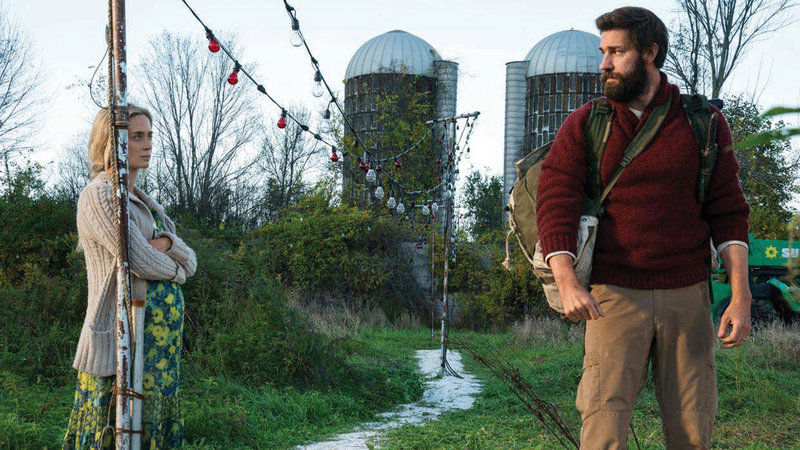 In April 2018, we celebrated in this space the film A Quiet Place, titled: “The Best Silent Film Since the Twenties.” It was a distinguished, intelligent, and unique film with a very creative idea served by a very special template, the silent film template. It never depended on scaring the viewer with cheap, surprising and misleading footage, and it easily became one of the best films of 2018.

The silent film is the origin of cinema, it started with it and abandoned it for decades and returned to it, and every time it came back to it, awards were poured out on the film, and whenever it abandoned it, the movie, any movie, lost what distinguishes it and became like any other movie in its category.

Today in the second part of the same movie, and this is a rarity, the story has broken out of the distinctive mold and returned to the familiar rules of the horror genre that we know by heart.

For example, the original “John Wick” movie was an action movie, and in the second and third parts it did not turn into a gang drama, but continued to present what it had previously presented, but in a new way. Alien was science fiction and action and remained in the same atmosphere.

The movie Die Hard Action, from 1988 until 2007, when it moved to the mold of the "Fast and Furious" series, and it failed badly.

Here, the same thing happens in A Quiet Place 2 when the mold is completely changed and it becomes an ordinary horror movie filled with sleepy dialogue.

“A Quiet Place” achieved unparalleled success from a very modest budget of $21 million, and earned revenues of 340 million, and here the executives at Paramount Studios said: “There must be a sequel!”

Thus, the director of the film, John Krasinski, was commissioned to write and direct the second part, in that same year, and filming began and ended in 2019, and the film was ready to be shown in March 2020, but the epidemic postponed it to this year.

When Krasinski developed the idea for Brian Woods and Scott Beck (creators of the original idea for the film), he had no idea that the film would be a prequel to a series, and as a result this sequel has no purpose other than to recycle the original ideas from the first film.

If the original part presented an album of new ideas, then the second set a new album reproduced from the first album. From a narrative point of view, the second film is meager because it is poor in events, it is to complete, or rather prolong, a story that ended in the first part.

It is true that the story progresses, but not in the appropriate form or in the creative way required of a film that began in a unique way.

Like all Post-Apocalyptic films, this film is about searching for new lands amidst the hunt for alien monsters that have descended upon Earth, and uses a very sensitive sense of hearing to hunt and eliminate humans.

Krasinski, the director, has outdone himself as a writer. While the film is full of useless dialogues, the direction was distinguished and full of artistry, despite the reproduction of certain scenes from the first part.

The alternate montage method is very effective for holding the breath, increasing psychological suspense and tension, and injecting vitality into the film's movement in general.

This film focuses on hiding, searching, hunting, killing and escaping, and excels in this respect commendably.

The movie begins with an alien attack, which we didn't see in the original movie, and then moves on to where the previous movie ended. The Abbots' house is destroyed, the family flees to seek shelter, Evelyn (Emily Blunt) gives a dresser, and her son Marcus (Noah Job) is trapped. His leg is badly injured in mirroring the events of the first movie when Evelyn stepped on a nail.

They arrive at the orphanage of Emmett (Killian Murphy), a family friend, with Reagan (Millicent Symonds), a deaf actress who speaks the American version of sign language in the two films.

And this character who discovered the weakness of the monsters, who cannot bear the sharp humming sound from Reagan's earpiece, especially when the latter puts her earpiece on a loudspeaker, and the sharp tinnitus causes a state of paralysis to creatures.

One of the film's shortcomings is that Emmett's character is not used to fill the void left by Abbott, Evelyn's husband, and the body of Blunt's real husband, who is the director of the film himself.

Movie time doesn't allow the audience to emotionally relate to Emmett as it does with the original movie characters, Jaemon Hounsou is completely underutilized, and Krasinski deserves a trial for that, the film's expansion comes in favor of Symonds at the expense of Blunt, and Job spends most of his time hiding in a shelter with his baby brother.

There are plans for a third part, but the truth is that this film should conclude the series here, and not risk a third part that will not offer anything new and will inevitably fall into horror clichés.

If the series ends here, we will remember it as one of the best horror series of the early 21st century.

• There are plans for a third part, but the truth is that this film should conclude the series here and not risk a third part that will not present anything new.

• Krasinski, the director, has outdone himself as a writer. While the film is full of useless dialogues, the direction is distinguished and full of techniques.

To view the issue in full,