In pictures, the arrest of "Osama Al-Khatir", who killed a tenth of the residents of a Ugandan village قرية

The residents of the Ugandan village of Luganga managed to hunt the crocodile known to them as "Osama", which is believed to have caused the death of 80 people, over a 14-year period. previous rule, 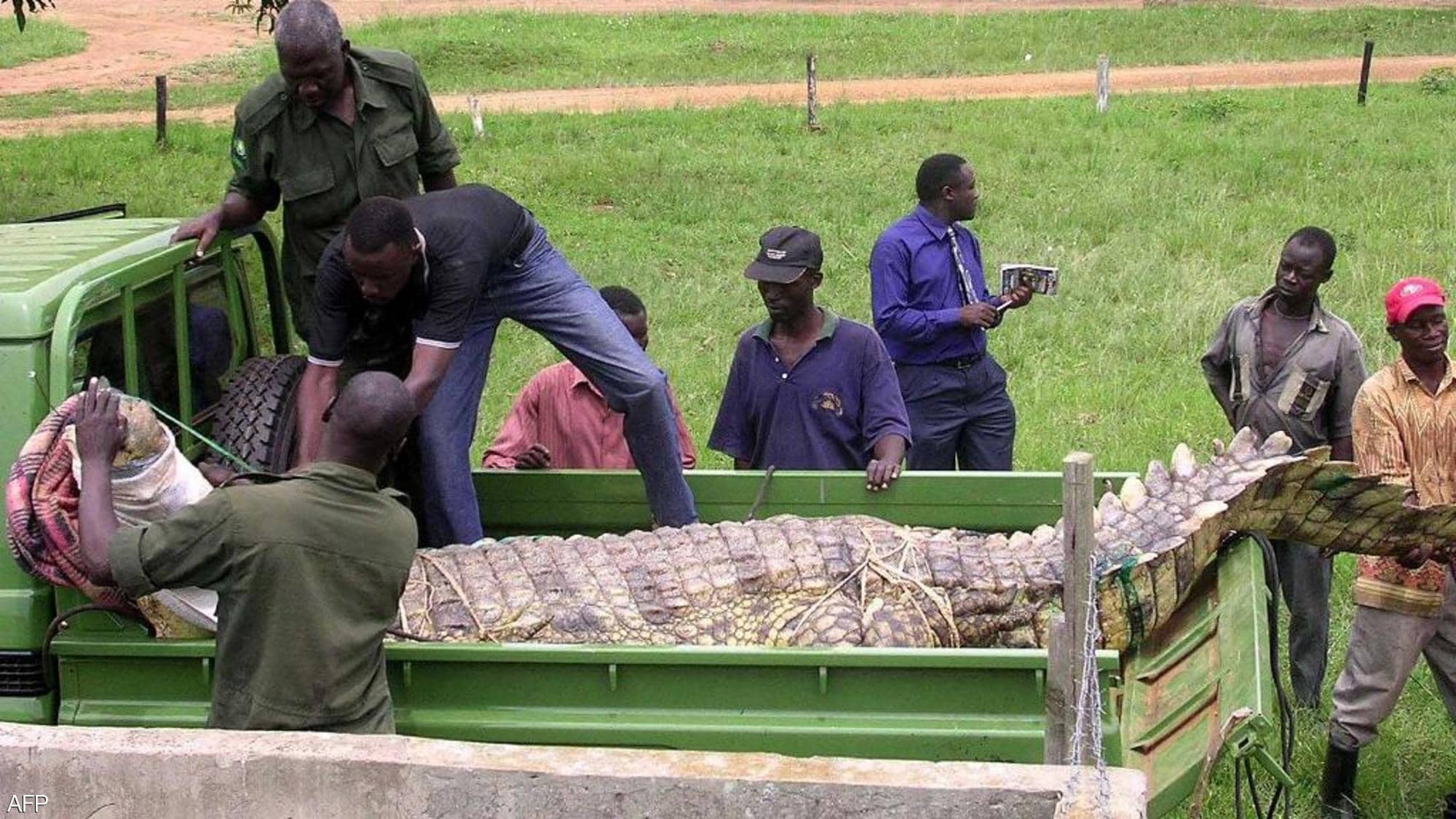 In pictures, the arrest of "Osama Al-Khatir", who killed a tenth of the residents of a Ugandan village قرية

Residents of the Ugandan village of Loganga managed to hunt the crocodile known to them as "Osama", which is believed to have caused the deaths of 80 people, over a 14-year period.

The townspeople had named the 75-year-old crocodile after Osama, to link his bloody attacks to former al-Qaeda leader Osama bin Laden.

The townspeople believe that the crocodile activity increased dramatically during the period between 1991 and 2005, as it killed a tenth of the village's residents.

The British newspaper, The Sun, quoted a survivor of the crocodile attack, Osama, as saying that the latter attacked a fishing boat he was traveling with his brother, overturned, and kidnapped his brother to the depths of the lake on which they were sailing.

The hunter, who was identified by the British newspaper as Peter in his testimony, added that the crocodile clasped his jaws on his brother's legs, and the final elimination of the victim lasted 5 minutes.

Peter pointed out that the crocodile came back to attack him after ending his brother's life, but he was lucky, as he only suffered a broken leg.

After a seven-day observation, a group of 50 men from the village, responsible for the wildlife, lure the beast with a trap containing the lungs of a cow as bait, and the group managed to catch Osama.

Despite the crimes Osama committed, the villagers were prevented from taking revenge on him, as he was transferred to a private farm under the auspices of a program specialized in breeding this type of reptile.