The troubadour Torgny Björk is dead

The troubadour Torgny Björk, who was not least part of the strong Swedish song scene in the 1960s and 70s, is dead. 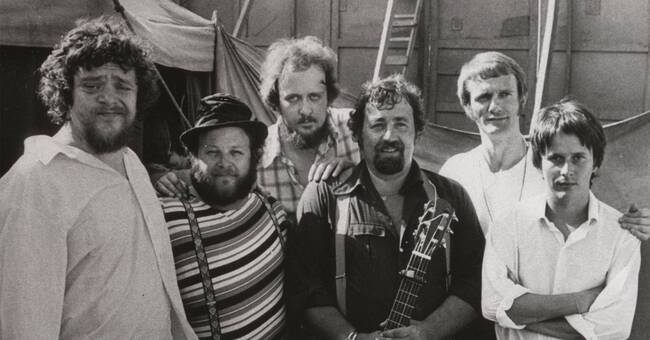 Torgny Björk turned 82 years old and died after a period of illness.

Torgny Björk was born on December 14, 1938 in Stockholm and learned to play the saxophone at an early age.

But the jazz dreams were exchanged for an interest in songs and guitar.

In 1963 he went to the School of Social Work and ended up in the same class as a like-minded person - Cornelis Vreeswijk.

They started arranging gigs and soon they became acquainted with a certain Fred Åkerström.

- They were a bunch of troubadours who went forward together, and dad became part of that scene.

There was a lot of interest at that time and he was in "Hyland's corner" a couple of times, it was great, says his son Urban Björk to TT.

Since 1965, Torgny Björk performed with the group Herr T and his Spelmän.

In 1970 he composed the Nils Ferlin poem I folkviseton (which has the introduction "love comes and love goes, no one can interpret its laws").

In 1971 he co-founded YTF, the Professional Troubadour Association.

He is best known for his compositions by Gustaf Fröding in the 1970s.

He was awarded the Fröding Medal in 1980.

Released records to the end

- My father continued with music all these years.

He released records until just a few years ago and he has stayed close to his origins all the time, in the borderland between folk songs, jazz and the poetic song, says Urban Björk.

Torgny Björk fell asleep with his loved ones on June 9 on Öland, where he has lived for the past 25 years.