Biden's Effective Environmental Propaganda: Close One Part of Alaska to Oil ... and Open Another

&amp; quot; NATO, from the outset, no &amp; quot ;. Does anyone remember that slogan? It is the phrase with which the PSOE of Felipe González summarized his opposition to the entry of Spain into the alliance ... 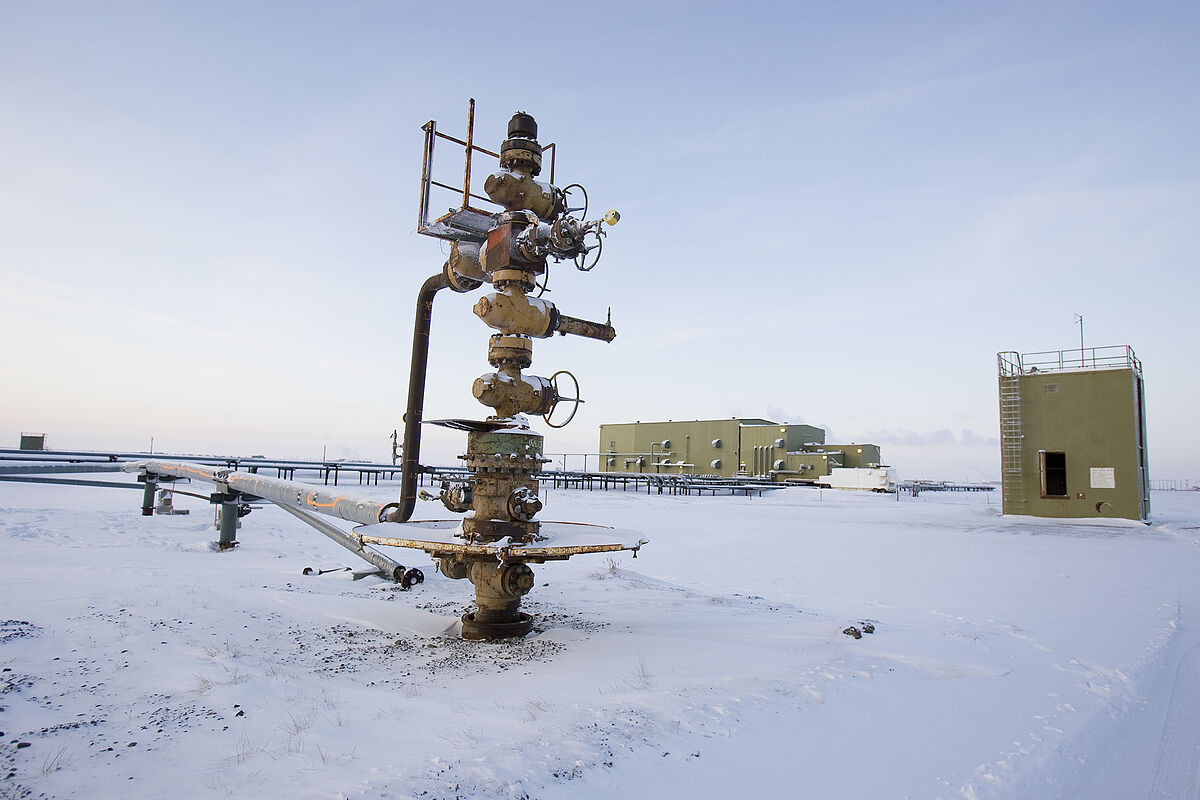 "NATO, from the outset, no." Does anyone remember that slogan? It is the phrase with which Felipe González's PSOE summed up its opposition to the entry of Spain into the defensive alliance of the West created around the United States. It was an ambiguous slogan. What did it mean? To join NATO, nothing? Or, in principle, we are against entering NATO, but then it will be seen? Public opinion assumed the first option. Until March 12, 1986, Spain held a referendum on entry into NATO in which the Government of Felipe González defended the 'yes'.

Almost four decades later, the Joe Biden government seems to have adopted Felipe González's strategy, only in terms of energy and mining policy. "Coal and oil, first, no" seems to be the slogan of the White House. On the same day he arrived at the White House, Biden withdrew authorization for the construction of the XL leg of the Keystone pipeline, which carries oil from Canada's Alberta oil sands - one of the most CO2 producing types of crude. due to the incredibly complicated extraction - to the Gulf of Mexico. Thus, there were half a million barrels per day that had no outlet to the Atlantic, after a political and legal battle that had lasted for more than a decade.

In the same Executive Order, Biden opened the doors to expand four National Monuments - a figure that offers a level of protection similar to that of the Spanish Natural Reserves -, among them Bear's Ear, in Utah, which has coal and oil deposits. , and natural gas.

The surface of those Monuments had been reduced by Donald Trump.

Bear's Ear, which is located in an incredible region of canyons and deserts that looks like the set of a movie, had been, more than reduced, 'jibarizado', losing 85% of its surface in 2017.

Biden has also appointed Deb Haaland Secretary of the Interior, whose name for the Spanish reader is misleading, since in the US this is the name of the public body that manages practically all the land owned by the federal State, as well as a large part of the natural resources. It is a significant appointment for two reasons. The most obvious: it is the first time in the history of the United States that an indigenous person has held a position in the president's cabinet. Haaland, a congressman for New Mexico, belongs to the Pueblo tribe, whose name was given to them by the Spanish settlers in the region. The second, because she is a 'tough' ecologist, who

has opposed fossil fuels and, also, the use of State land for prospecting and mining

Finally, last week the Department of the Interior canceled the authorization to prospect for oil and gas in the Alaska Wildlife Refuge, an immense area of ​​nine million hectares - as much as all of Castilla y León - located in the North of Alaska.

So where is the comparison with González and NATO?

The answer to that question is a saying, precisely, American: "the devil is in the details." The suspension of the surveys of the Alaska Wildlife Refuge only affects two permits, approved, literally, in secret by the outgoing Trump administration, on January 6, and which were not made public until the 19, that is, 24 hours before the transfer of powers. The review of Bear's Ear (literally The Ear of the Bear) is still ongoing. And the Biden Administration continued in January and February to grant permits to oil companies for them to drill on publicly owned land in search of oil and gas through of the controversial method of 'fracking', or 'hydraulic fracturing'.

the decision to cancel the two permits at the Arctic Wildlife Refuge appears to have been a 'book' public relations move.

The announcement came on the same day that Haaland announced that the Biden government is going to support in court the oil company ConocoPhilips, which has been taken to court by several environmental defense organizations for its Willow project ("Birch "), with which it plans to pump 100,000 barrels of oil a day. And where is Project Willow? In Alaska, very close to the borders of the Wildlife Refuge.

Willow's case is not isolated. True

: Biden 'killed' the XL, but he supports the construction of the Dakota-Access

pipeline, a nearly 2,000-kilometer long pipeline that will bring heavy oil from North Dakota 'fracking' to the state of Illinois, where it will connect to other networks that will take it to the Atlantic and, from there, to the rest of the world. The same is the case with the Resolution Mine, a joint project by the Anglo-Australian giants BHP Billiton and Rio Tinto to exploit the largest copper deposit in North America in the Arizona desert, precisely on traditional land belonging to the Apache tribe. consider sacred.

What, then, is Biden's play? To be in favor of some things and against others? You are right. The president and his collaborators know that

these megaprojects have an enormous impact on public opinion

, and that they can play with them to gain the support of senators and congressmen for their plans to build infrastructure and expand the Welfare State. That's critical in states like Alaska, Utah, North Dakota, or Arizona, which tend to align with the Republican Party. It is not about banning all projects. Only to tighten regulations in some - like Dakota Access - or to 'compensate' approvals with cancellations.

In the case of the Alaska Wildlife Refuge, Biden has also had the economy going for him.

The economy because, with the current price of a barrel of oil and the consumption prospects for that energy source stabilizing or even falling, going to explore in Alaska is a considerable financial risk. In fact, the Trump administration hoped to get hundreds of millions in royalty payments from the January 6 auction. He only got 14 million dollars (just over 11 million euros).

No major oil company wanted to invest in a project at literally the end of the world, at a time when Wall Street is pressuring them to give profits and dividends, not to produce.

Biden has banned drilling in the Alaska Wildlife Refuge, where it has never been drilled before.

The market, however, had already made its decision in favor of not looking for oil there.

The final interview Andri Snaer Magnason: "Climate change is radically different from anything we have ever experienced"

sighted in the waters of Mallorca