The detective thriller Mare of Easttown is currently an international success on the streaming service HBO. The series has been praised for its unusually strong portrayals of women, not least the main character, the small-town policeman Mare, who is allowed to look tired, worn out and middle-aged. 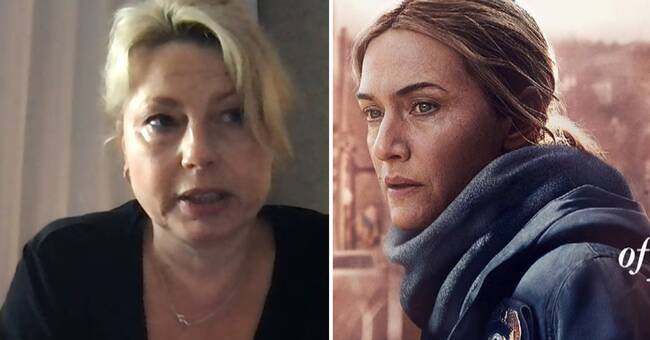 It is world star Kate Winslet who plays the small-town policeman Mare Sheehan, a woman with both grandchildren and love life.

According to Kate Winslet, it was important to let her character not only be a multi-faceted person but also that she should look like a "real" middle-aged woman.

Refused to be retouched

Therefore, she refused, among other things, to retouch her bulging belly in a sex scene and sent back the series' advertising image twice when she thought it showed too little of her wrinkles.

Kate Winslet's role interpretation and appearance has led to reactions around the world and even in Sweden she has been praised for her actions.

- She is a fantastic role model.

It is very important that we women are allowed to age without being forced into any youth that we do not have, says actress Helena Bergström to SVT.

Too few roles for "older" women

Helena Bergström believes that there are still too few key roles for middle-aged and older women in the Swedish film industry.

The Swedish Film Institute, which recently published a report on gender equality, also agrees that the film and television industry still has problems with "ageism".

- Women and men start to get leading roles at the age of 17, but when women are 33, they hit the ceiling, says Anna Serner, CEO of the Swedish Film Institute.

Helena Bergström, who was active during "Silence Shooting" and who directed the feminist hit show "no more Fucks to give" with Mia Skäringer, believes that it is important to continue in Kate Winslet's footsteps but also to offer the audience many different female roles and appearances.

- I think this is a kind of continuation of the discussion in the waves of the whole Metoo call.

We should be ugly, angry, kind, cute, sexy.