"Unite the country, praising its diversity": the United States is preparing to launch an analogue of Eurovision

The United States has begun accepting applications for participation in the American Song Contest, which will become the American equivalent of Eurovision. Representatives of each of the 50 states, as well as a number of other American territories, will fight for victory. The show is scheduled for 2022. The winners will be determined by the audience and a specially created song contest academy. 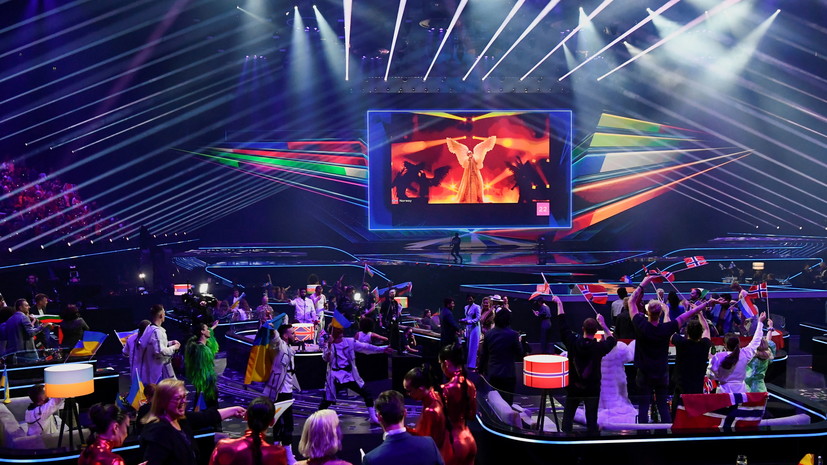 In the USA, applications began to be accepted for participation in the American Song Contest - the American version of Eurovision.

Representatives of each of the 50 states, as well as other US territories - American Samoa, Guam, Northern Mariana Islands, Puerto Rico, the American Virgin Islands and the District of Columbia will compete for the victory.

The organizers are waiting for applications from solo artists, duets, groups of no more than six people or DJs performing in any genre, from indie and pop to rap.

Among them can be both independent musicians and artists collaborating with labels.

All contestants must be at least 16 years old.

Only original songs are allowed to participate.

The first competition is expected to take place in 2022.

It will feature live performances by musicians in the semi-finals and final concert.

The winners will be determined by viewers and The American Song Contest Academy, which will include artists and other representatives of the music industry, working in different genres.

Among the organizers of the event are the NBC TV company, as well as producers of the Eurovision, Voice and other popular shows.

According to Ben Silverman, who also worked on The Office, Big Brother and The Weakest Link, the Eurovision concept is one of the most difficult to transfer to American television.

Silverman said that he had been trying to implement the idea for 20 years.

Silverman believes that the American Song Contest is the most relevant right now.

“When America is divided on an unprecedented scale, and we are faced with a host of problems that divide us, the only thing that truly unites us is our culture.

She can unite the country, praising its diversity, its characteristics and rallying everyone around her love for music and songs, "- quoted by Variety Silverman.

The first Eurovision Song Contest was held in 1956 in the Swiss city of Lugano.

One of the goals of the event was the cultural union of Europe.

The show was attended by representatives of seven countries - each sang two songs.

The victory was won by the Swiss singer Liz Assia with the song Refrain.

Since then, interest in the show has grown steadily.

The event was held annually, but was canceled in 2020 due to the coronavirus pandemic.

Instead of the traditional competition, an online Eurovision concert was held: Europe Shine a Light.

The most famous Eurovision winner was the Swedish group ABBA with the song Waterloo.

America has never been represented at the Eurovision Song Contest, but musicians of American descent have performed on numerous occasions from other countries.

In 1975, Italy was represented by Wesley Johnson, who had moved to the country from the United States in the 1960s, in a duet with Dori Ghezzi.

They finished in third place with the song Era.

In 1997, Katrina and the Waves brought the victory to Great Britain with the song Love Shine a Light.

The band included the American singer and writer Katrina Lescanich.

At the moment, she is the only American woman who managed to win the Eurovision Song Contest.

In 2000, Austria was represented by the Rounder Girls group, one of whose members was Kim Cooper from Long Island, New York, and her compatriot Kalomira in 2008 performed from Greece and took third place.

Sue Schell from New York was the vocalist of the Swiss band Peter, Sue & Marc, which performed four times in the competition.

Also among the musicians of American origin who participated in the Eurovision Song Contest are Annette Artani from Cyprus, Andras Kallai-Saunders from Hungary, Jimmy Wilson (in a duet with Valentina Monetta) from San Marino, Jean Manson from Luxembourg, Oscar Loya (together with Alex Christensen) from Germany and many others.