Why Cáceres is the perfect indoor getaway

It was not enough for it to be a UNESCO World Heritage City or to have one of the best preserved medieval historic centers in Europe, full of palaces, large houses, ig 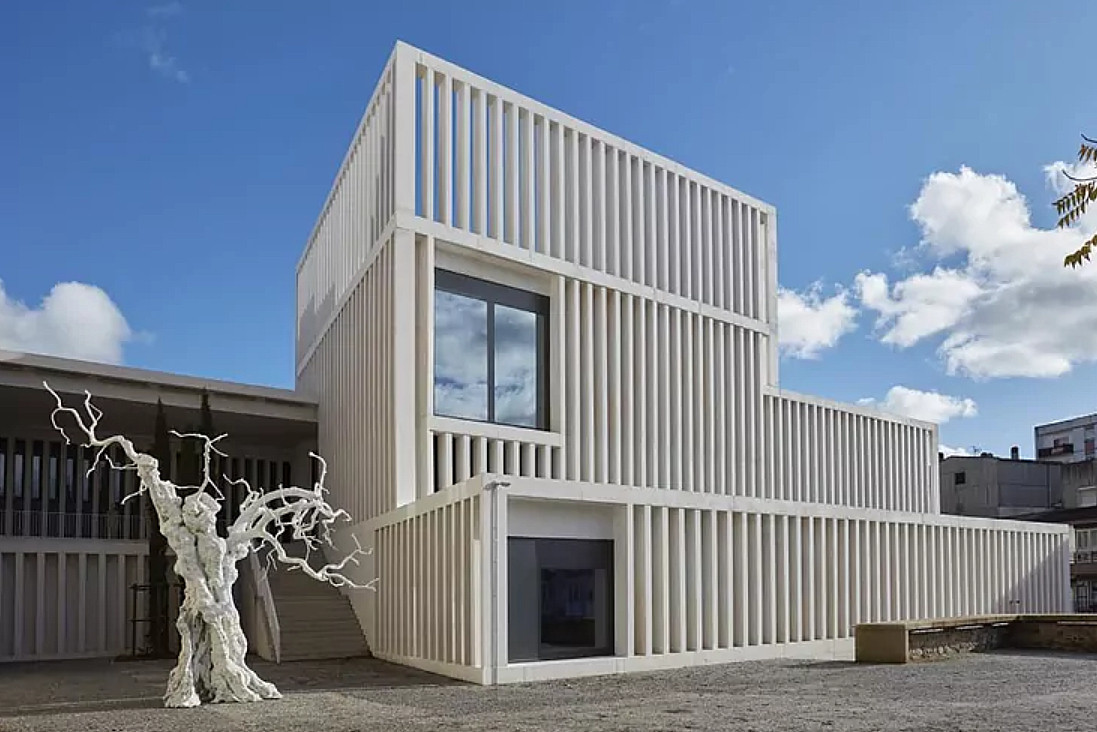 It was not enough for it to be a

or to have one of the best preserved medieval historic centers in Europe, full of palaces, large houses, churches and crenellated towers. Cáceres never tires of hoarding claims. The last (but not the only one) is the new building with a garden at the Helga de Alvear Museum of Contemporary Art. This space designed by the architect

adds to the existing one known as Casa Grande, on Pizarro Street.

This fascinating woman discovered Spain in 1957, married the architect Jaime de Alvear in 1959 and bought her first work in 1967. What followed is a biography full of sensitivity and dedication to the art world.

Her collection has more than three thousand pieces "although she does not stop acquiring new works", they confess from the Museum.

by Ai Weiwei welcomes visitors (by reservation) in the

of the new building, which also houses works by

while the Casa Grande houses the temporary exhibition

, "A set of works that think of space as a home and refuge, as a place where the individual body relates to the social one, as a context for new ways of life," they explain.

THE LINEAGE OF THE GOLFINES

Another of Cáceres's historical attractions is also written with a woman's name, this one in the Plaza de Santa María: the Palacio de los Golfines de Abajo, owned by

(1923-2012) and has been home for five years. -museum managed by the Foundation that guards his legacy, as he died without issue.

Heir to the Golfines lineage and great of Spain, "Doña Tatiana established her residence in Madrid but was linked throughout her life with Cáceres," explains Marisol Duchel, who is in charge of guiding visitors around the palace.

Several of them "come from the Madrid residence of Mrs. Tatiana in the Quinta de Torre Arias", Duchel points out.

Of all the corners of the palace open to the public, the

(on the first floor) with grotesques decorating its walls and a spectacular polychrome alfarje (carved wooden ceiling), both from the 16th century,

While on the upper floor there is one of the palace's greatest treasures: a selection of 9,000 documents and codices from

, “with jewels such as the account book of Queen

written by her Waiter, Sancho of Paredes Golfín », says Duchel.

"This documentary collection, by the way, has been digitized in its entirety and can be consulted on the foundation's website," he points out.

you have to head to the

(15th century), which rises with power although it is topped - like so many others in the city, by order of the Catholic Monarchs - in the Plaza de San Mateo, occupying one of the corners of the Palace of the Saavedra.

Covered by dense ivy that covers a large part of its walls, for more than two decades this manor house has been used as a restaurant: first with the chef César Ráez at the stove and, for a few weeks, under the baton of Toño Pérez and José Polo, owners of the great gastronomic landmark of Cáceres.

Torre de Sande, the restaurant that the owners of Atrio have acquired.

This is none other than Atrio, a hotel and restaurant with

(the only ones in Extremadura in 2021) and a neighbor of Torre de Sande, as just a dozen meters separate the two businesses.

The Perez-Polo tandem was not daunted and, through a pandemic, has transformed the manor house into a steakhouse that bases its menu (50 euros, average ticket) on cold smoked dishes as well as Extremadura meats and vegetables made in ovens and charcoal grills.

What was the summer residence of the Golfines since the 17th century is today an elegant five-star hotel: Hospes Palacio de Arenales & Spa has 45 rooms just seven kilometers from the historic center of Cáceres, surrounded by nature and the welcoming design of Requena and Plaza.

Information and reservations at www.hospes.com

The latest from Paradores: turning your guests into shepherds for a day