The bombardment of a Turkish drone on a Kurdish refugee camp, which the Turkish president had recently threatened to "clean up", left three civilian victims on Saturday in northern Iraq.&nbsp; 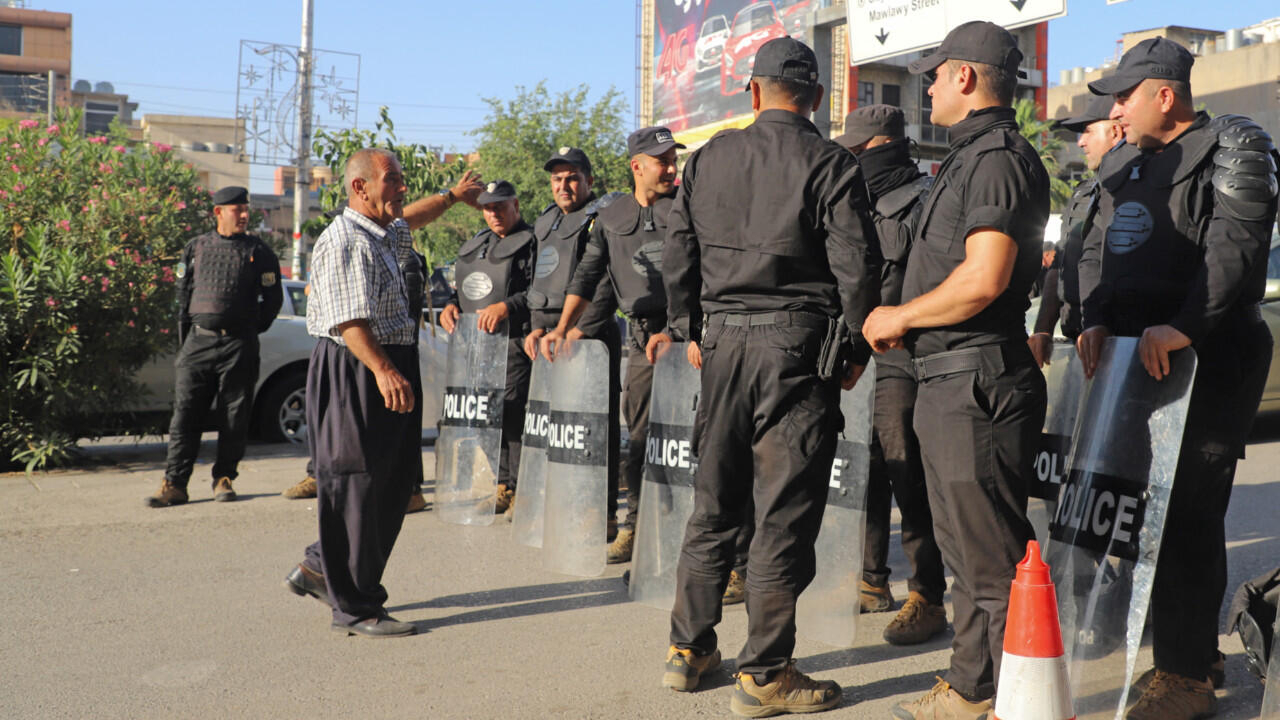 Three civilians were killed on Saturday (June 5th) in a Turkish drone bombardment on a Kurdish refugee camp in northern Iraq, which Turkish President Recep Tayyip Erdogan had recently threatened to "clean up".

Ankara accuses Iraq of inaction and assures that it has no other choice but to wage its own war - on Iraqi soil - against the Kurdish Workers' Party (PKK), a Turkish rebel group that it describes as "terrorist", like its Western allies.

A few hours before this bombardment, an ambush by the PKK had left five dead in the ranks of the peshmerga, the fighters of Iraqi Kurdistan, Ankara's great ally, in the Kurdish province of Dohuk, bordering Turkey.

The drone attack took place further south, in the province of Nineveh, bordering Kurdistan, in a refugee camp established in the late 1990s by the UN to accommodate Kurds from Turkey.

"We are not in the extraordinary"

A Turkish drone targeted "a kindergarten near a school", according to Rachad Galali, a Kurdish deputy from Makhmour.

"Three civilians were killed and two wounded," he told AFP, adding that no child had perished.

Ankara regularly accuses the PKK of ruling in the Makhmour camp, 250 km south of the Turkish border.

Earlier this week, Recep Tayyip Erdogan had compared it to the Qandil mountains - located further east in Iraqi Kurdistan, on the border with Iran -, the largest base of the PKK, which since 1984 has delivered a bloody guerrilla war on Turkish soil having killed more than 40,000 people.

"For us, Makhmour's question is as important as Qandil. Why? Because Makhmour has almost become Qandil's incubator (...). If we don't intervene, this incubator will continue to produce (terrorists) ", had launched the Turkish president.

"If the United Nations does not clean up this place, then we will take care of it", he had further threatened, while his country has been leading a new military, air and sometimes land campaign against the PKK in Iraq since April 23.

Despite the noise of boots and the martial declarations of each other, "we are not in the extraordinary, all this is part of the continuity", decrypts for AFP Adel Bakawan, of the Research Institute and Mediterranean Middle East Studies (iReMMO).

"There will not be a massive Turkish invasion or offensive on Iraqi Kurdistan", continues this specialist in Iraq.

Baghdad denounces violations of its sovereignty

Particularly because the use of drones by Ankara is for experts a military "revolution" because they make it possible to locate, identify and eliminate targets in a few minutes.

After artillery fire from its soil since 2018, Turkey now prefers drones, which are more precise for targeting an enemy who moves on foot or in pick-ups in very rough areas, and also cheaper because locally made.

Baghdad, which has already lost two high-ranking officers in Turkish drone fire and which officially leads the peshmerga, regularly denounces violations of its sovereignty while Turkey has de facto installed a dozen military bases for 25 years in Iraqi Kurdistan.

The Iraqi authorities have repeatedly summoned the Turkish ambassador but never took a more drastic measure against Ankara, one of their primary trading partners.

For its part, Erbil, capital of Iraqi Kurdistan, did not comment on the bombardment of Makhmour but strongly denounced the attack on its peshmerga.

The PKK, which campaigns for a unified Kurdistan straddling Syria, Turkey, Iraq and Iran, is as much the enemy of Ankara as it is of Erbil.

Once again on Saturday morning, this fratricidal war between Kurds caused victims: five Iraqi Kurdish peshmerga were killed and two wounded in a PKK ambush at Mount Metin, according to Serbast Lazkin, deputy minister of Peshmerga of the government of the region, autonomous since 1991.

The PKK justified its attack by explaining that these peshmerga had "entered a zone of conflict" between the PKK and the Turkish army "which wants to occupy Iraqi Kurdistan".