After their divorce, Bill and Melinda Gates continue their charitable work

When Bill Gates and Melinda French Gates announced the news of their sudden separation after 27 years of marriage, they said that “there will be no changes in the work of their charitable foundation, whose fund is estimated at 50 billion dollars.” Now, about three weeks after the announcement of the news of the separation. , and after the 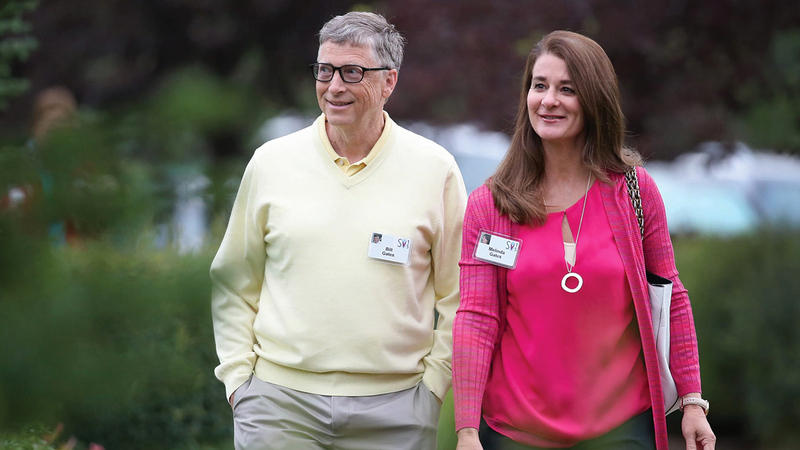 After their divorce, Bill and Melinda Gates continue their charitable work

In 2010, Bill and Melinda signed a "Giving Pledge" initiative to encourage the world's richest people to donate most of their wealth in their lifetime.

When Bill Gates and Melinda French Gates announced their sudden separation after 27 years of marriage, they said that "there will be no changes to the work of their charitable foundation, whose fund is estimated at 50 billion dollars."

Now, about three weeks after the news of the split was announced, and after details were revealed that Melinda had been contemplating a separation years ago - partly due to Bill's ties to businessman Jeffrey Epstein, and amid reports of suspicious behavior within Microsoft Corporation There are signs that change is inevitable for one of the world's most powerful charities, author Sophie Alexander said in a report published by Bloomberg News.

For his part, the CEO of the Gates Foundation, Mark Suzman, told employees that he is currently in talks to promote "the long-term sustainability and stability of the organization."

"I am actively discussing with Bill and Melinda what steps they might take with Warren," Susman said in a statement on Thursday, referring to billionaire Warren Buffett, the foundation's third board member.

"No decisions have been made yet," Susman said, but added that Bill and Melinda "reaffirmed their commitment to the foundation and will continue to work together."

Writer Sophie Alexander says this is the latest development in what appears to be an increasingly "severe breakup".

Alexander explains that since the announcement of the divorce was posted on Twitter, there have been reports that Bill is having an extramarital affair, and that he is also having other relationships in the workplace with employees working at Microsoft.

Meanwhile, The New York Times reported last week that Gates had received complaints about the behavior of Michael Larson, who runs Cascade Investments, which for decades has overseen the Gates family's fortune.

"The media attack vilified Gates' philanthropic genius and technical expertise, and raised questions about whether the former couple could work together without disrupting the functioning of the Bill and Melinda Gates Foundation," Alexander said.

On the other hand, The Wall Street Journal reported, last Thursday, that they are currently considering hiring managers from outside the organization, citing unnamed sources.

There are currently only three trustees of the foundation: Gates, 65, French Gates, 56, and Buffett, 90, who has poured more than $27 billion of his own money into the foundation over the past 15 years.

Any changes to the organization's structure would have a major impact on its focus.

Meanwhile, Maribel Morey, a philanthropic historian and executive director at the Miami Institute of Social Sciences, says that getting more people on the foundation's board could democratize the final decision-making process.

"The board of directors, made up of three people, is unusually small for organizations of this size," Alexander says.

The fate that now awaits the giant American charitable foundation that the couple built over the course of their marriage is only one aspect of the decision to separate.

Gates is one of the founders of Microsoft, and is the fourth richest person in the world, with a net worth of $ 143.8 billion, according to the Bloomberg Billionaires Index.

In 2010, Bill and Melinda - who currently have a fortune of about $145 billion - signed the "Giving Pledge" initiative, which is a promise they participated in preparing to encourage the world's richest people to donate most of their wealth in their lifetime, or to include it in their will after their death.

The couple, for their part, have committed to donating "the vast majority of the Bill & Melinda Gates Foundation's assets."