A donor takes care of “Mohammed” treatment for a year, with 30,000 dirhams

A donor sponsored the patient of the nationality of a Gulf country (Mohammed - 60 years old) to pay the costs of his treatment in Sheikh Shakhbout Medical City in Abu Dhabi for hepatitis, for a period of 30 thousand and 376 dirhams. The "hotline" was coordinated between the donor and the Department of Islamic Affairs and Labor etc 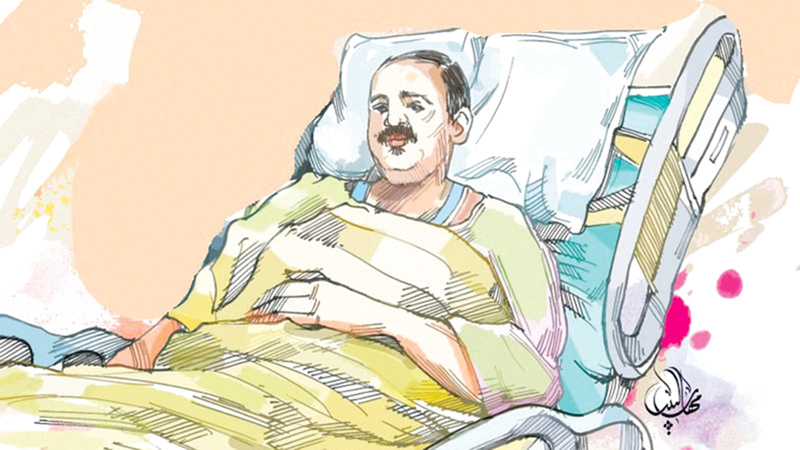 He suffers from hepatitis C

A donor takes care of “Mohammed” treatment for a year, with 30,000 dirhams

A donor sponsored the help of the patient of the nationality of a Gulf country (Mohammed - 60 years old) to pay the costs of his treatment at Sheikh Shakhbout Medical City in Abu Dhabi for hepatitis C, for a period of one year, at an amount of 30,376 dirhams.

And coordinated the "hotline" between the donor and the Department of Islamic Affairs and Charitable Activities in Dubai to transfer the donation amount to the patient's account in the hospital, and "Emirates Today" published the story of the patient's suffering due to his inability to cover the treatment expenses and medicines he needs;

Given the circumstances he is going through, Muhammad said, "The news of paying for my treatment made me very happy in light of the difficult circumstances I'm going through and the other chronic diseases I suffer, and the difficulty of managing the medication expenses I need for my treatment," expressing his happiness and deep thanks to the donor and his noble stance with him.

“Mohammed” has been suffering from hepatitis B type (B) for three months, and according to Sheikh Shakhbout Medical City, the patient needs medicines that cost 30,376 dirhams annually and for life, to avoid the disease spreading in his body and turning it into a cancerous tumor, and his financial capabilities do not allow He did so, and he was appealing to someone to help him with the costs of his treatment in light of the circumstances he was going through.

Muhammad said: “I suffer from several diseases, including diabetes, blood pressure and cholesterol, and when I went to Sheikh Shakhbout Medical City for tests three months ago, it was found that I suffer from hepatitis B type, and the doctors assured me of my need for lifelong medications, which are expensive. As for my modest financial capabilities.

He added: "The disease causes me pain, lethargy, fatigue and weakness in the body, and these medications were dispensed for life to avoid the spread of the virus first and make it lethargic so that it does not spread to all parts of the body, and cause a cancerous tumor, which made me in a difficult psychological state, knowing that I am currently taking care of medications Pressure, sugar and cholesterol, which made me in a very difficult condition.”

He said: “I support my family members and work in a government agency with a salary of 8900 dirhams per month, of which 6200 dirhams go per month for housing rent and the rest for life expenses and requirements, noting that I have children who work for very modest salaries of up to 3000 dirhams per month for each of them, and those salaries hardly pay their living expenses. Also, knowing that I had previously applied for assistance in associations and charitable institutions, but unfortunately I did not receive any response.”

• The patient needs lifelong medications to avoid the disease spreading in his body and turning it into a cancerous tumor.