There are more real-world online novels. Why do they write their experiences into online articles?

Chinanews client, Beijing, May 27th (Reporter Song Yusheng) What is your impression of online literature? Fantasy or immortality?   The reporter recently discovered that reality-themed internet novels have become more numerous.   Who are writing real-world web works? Why do they write these works as web articles? The reporter recently interviewed several online literature writers. Online arti 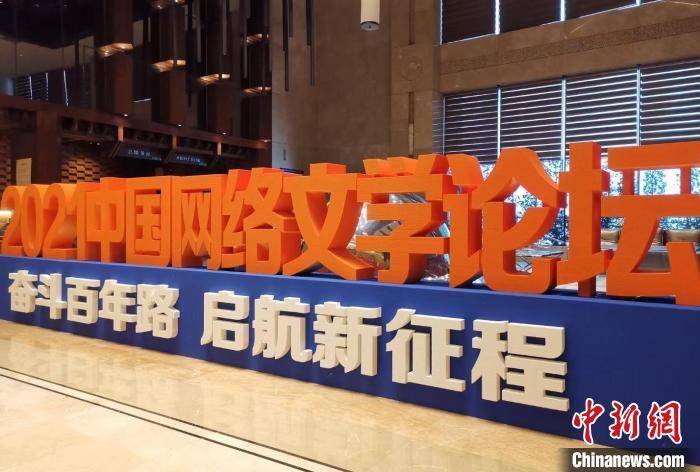 Chinanews client, Beijing, May 27th (Reporter Song Yusheng) What is your impression of online literature?

Who are writing real-world web works?

Why do they write these works as web articles?

The "2020 Blue Book of Chinese Online Literature" released by the Chinese Writers Association Network Literature Center on the 26th shows that in 2020, the theme structure of network literature will be further optimized, and the proportion of realistic themes will further increase.

Entrepreneurship themes such as anti-epidemic and medical treatment, poverty alleviation and enrichment, industry and service industries have become the breakthrough points of realistic themes in 2020.

On the 25th, supported by the Shanghai Press and Publication Bureau, the Fifth Realistic Online Literature Essay Contest hosted by China Reading Group selected 13 award-winning works, including "The Pentium Age-Southward", which focuses on the growth and struggle of young people after the reform and opening up. "Going North", "Dancing with the Sand", which tells the story of Chinese science and technology going to sea, and other online works.

The "2020 China Internet Literature Development Report" released by the Chinese Academy of Social Sciences in March pointed out that the concern of Internet literature for reality has been integrated into the typological development of online literature creation.

In 2020, topics of the times such as anti-epidemic, medical treatment, and poverty alleviation will be quickly reflected in the creation of online literature.

"Post-95s" are becoming the main creative force. Of the new authors whose real names have been certified since 2018, "Post-95s" account for 74%.

Among the newly signed authors, "post-00s" accounted for more than 50%.

The organizer of the Fifth Realistic Online Literature Essay Contest also admitted that in recent years there have been more and more young online essay writers focusing on realistic themes.

The creation of realistic themes is injecting vitality into the development of online literature.

The scene of the theme salon of the 5th Realistic Online Literature Essay Competition Awards Ceremony.

Which Internet writers are writing about realistic subjects?

So, who is writing online works with realistic themes?

Take the 13 award-winning works in the 5th Reality Online Literature Essay Contest as an example.

The Grand Prize-winning "Era of Pentium-South to North" tells the story of a few small people who left the small town in Zhejiang for survival and ideals in the 1990s, struggling and struggling, and growing up savagely and stubbornly like weeds. story.

Through the ups and downs of small people, the struggle and growth of a generation have been strung together.

The author "Mei Shi Niang" was born in 1998 and has witnessed the changes in China in recent years.

The first prize work "Dancing with the Sand" portrays a group of young people in a Chinese company in the process of opening up the telecommunications market in the Middle East and North Africa. The story of the glory of the motherland.

The author "Linghu and Wuji" worked for a communications equipment company in China for 20 years.

Much of the content in the book comes from his personal experience.

The "Nan Yu Wangyue" from the court system shows the image of the party members and cadres who are on the front line of the court's enforcement to protect the interests of the country and the people, and the image of "Fan Jia"'s "Eighteen Years of Legendary Wave" records In the past two decades, the development of China's Internet has been reflected by the changes in the domestic online game industry; "A Family in the South China Sea" by "Li Mujiang" shows how the processing and manufacturing industry represented by the tool industry has grown from the bud to shape China The complete history of the famous brand.

Why do they write?

"I have to write." The author "Mei Shi Niang" of "Pentium Age-South to North" summed up his original intention of writing in four words.

In her memory, when she was a child, the family often drove out with many friends.

Such an experience gave her the opportunity to come into contact with a variety of interesting stories.

"We drove south from Hangzhou to Sanya, and drove west from Hangzhou to Lijiang, places like Fujian, Fenghuang, Zhangjiajie, and Huangshan. We have been to countless times. The experience along the way is like watching a long movie. movie of."

An accidental factor made her decide to write out the fragments of the era in her memory.

"My uncle's death made me think that I should write all these things out, so I started to write. My father, uncle, and many friends were all'Chuanghai people' back then, and the story began with Chong Hainan."

"Linghu and Wuji" witnessed the history of Chinese communications equipment companies going overseas. Since 2005, they have followed the company to go abroad and have been to the Middle East, North Africa and other places.

He told reporters that not long after working and living in the Middle East and North Africa, he had the urge to write a book.

"In Egypt, I met people in Cairo who smoked hookahs, drank black tea, and watched a football game; I met the Nile River with enchanting lights and shadows in the night. There were cruise ships with folk performances on the river, and the road by the river was soliciting guests. The old-style carriage; I actually encountered snow on Mount Sinai, and I saw the ocean world like an aquarium in the Red Sea."

In addition to exotic customs, "Linghu and Wuji" hopes that everyone can understand from another perspective what Chinese technology companies in this era are like, and what the young people in them are like.

He said that in his works, he only portrayed some characters.

"I just focused my knowledge and experience on these characters."

In the future, he wants to continue to tell everyone the stories of little people in this big era.