Adult’s love is a spiritual partner

Chinanews client, Beijing, May 26 (Reporter Shangguanyun) "If love does not fall into the real life of dressing, eating, sleeping, and counting money, it will not last long." , Is often used to judge the relationship between love and real life.   Cars and houses, children going to school, supporting their parents...Young people tend to see everything too simple and easy to be emotional; many mi 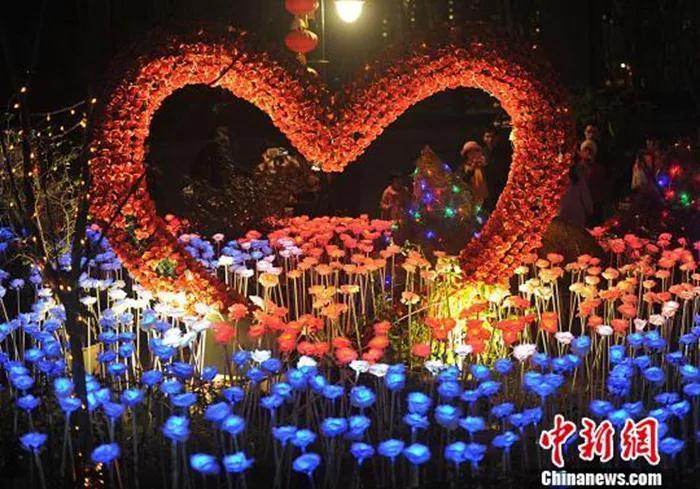 Chinanews client, Beijing, May 26 (Reporter Shangguanyun) "If love does not fall into the real life of dressing, eating, sleeping, and counting money, it will not last long." , Is often used to judge the relationship between love and real life.

Cars and houses, children going to school, supporting their parents...Young people tend to see everything too simple and easy to be emotional; many middle-aged people who have been baptized by the years have long been worn down by life to lose their illusions, and are increasingly facing economic conditions. power.

There is a saying that goes well: adult love, to a certain extent, must be stabilized by material.

The recently aired "Life of the Reasonable School" caused a heated discussion, and the topic was somewhat heartbreaking: Is love and marriage related to income?

In the play, Shen Ruoxin is a strong woman in the workplace, who has a very thorough life plan.

However, as the young Qi Xiao broke into her life, the two began a relationship that seemed not so rational.

From the very beginning, the relationship between the two people faced numerous obstacles. For example, Shen’s first fierce opposition was mainly due to the age difference between the two of them over ten years old. There were also some considerations about Qi Xiao’s financial ability: after all, he was just An assistant beside Shen Ruoxin.

Shen Ruoxin went to dinner with her old classmates. After the other party guessed that her boyfriend is Qi Xiao, the first reaction was not optimistic: "You should find a man with a particularly successful career, not like you are now."

When faced with questions, she answered very appropriately: I have talked about short-term relationships before, and there are many suitors, but I see them too thoroughly; being with Qi Xiao is simply happy Happiness, this is what love should be like.

It sounds very romantic, but in a related poll launched on the Internet, more than 20,000 people chose this answer: love and marriage are related to income.

The sweetness of love is only temporary, and the material life after marriage is more important.

Not only this TV series, but when everyone discusses the relationship between love and material and economic conditions, people often think of Lu Xun's short story "Sorrow for the Dead".

At the beginning of most relationships, reason is easily defeated by the power of feelings, and things like "material conditions" that sound tacky are not even considered.

This is probably the case for Zijun and Juansheng.

They have the courage and determination to pay for love, but their life without sufficient financial resources is doomed to be difficult. "Our furniture is very simple, but most of the money I raised has been used; Zijun also sold her only Gold ring and earrings."

When they first came together, both of them were full of confidence in the future. They raised puppies and chickens, talked about their parents, believe that "there will be bread, everything will be there", and they yearn for an independent and free life.

Zijun does not have a job, and is mainly responsible for various household chores.

Later, Juan Sheng was unfortunately unemployed, and the two of them could only sit and eat, and the future seemed to become a little bleak.

Because of poverty, there is not enough rice to eat. Chickens become dishes and puppies are thrown away.

As the frequency of Zijun's complaints increased, Juan Sheng gradually became unwilling to go home; after a dispute, he admitted that "I don't love you anymore", and these words eventually led to Zijun's departure.

Lovers who were full of longing for the future, the relationship fell apart.

The theme of "Sorrow for the Dead" is of course much deeper than "love".

But it does also explain on one side that, regardless of the economic conditions to talk about feelings, no matter how determined love is, it is easy to become precarious as the years go by.

"Pride and Prejudice" said: "Love that only considers money is absurd, but love that does not consider money is stupid." In reality, "satisfaction with love" is too idealistic after all, and more in life is " Poor and humble couples are sad".

Some people say that love without materiality is like scattered sand, which disappears when the wind blows.

It simply cannot withstand the test of firewood, rice, oil, and salt. The reason is simple, "When your parents are sick and hospitalized and need money, you will know if you can't get it out."

Don't think it is vulgar to talk about money in love. You must know that love without financial security is like a mirrored flower, it is very romantic, but it cannot last.

However, attaching importance to material does not mean "worshiping money."

Material is the basis for the stability of love, but it must not be greedy.

Otherwise, no matter how good the relationship is, it will be wiped out in the care.

On the other hand, there is no happiness if only the material is full.

There are very few people who are rich and wealthy, and love is not their patent.

Some netizens have shared this kind of emotional experience: Although the material conditions are not rich, they are never stingy with me. They are more and more inseparable from each other for nearly four years together. With him, there is a sense of security. This is the right love.

Someone once summarized ideal love in this way: to find the person who is willing to spend money for you, and at the same time to plan carefully together; to taste a happy marriage in material life, but also to transcend the material and find spiritual resonance.

In other words, when people are more and more serious about the importance of matter in feelings, it does not mean that they think that it is the only cornerstone of solid love and marriage.

When two people get along, the most fundamental thing is the communication on the spiritual level. Sometimes there are differences, but they still reach the same goal by different paths.

Still in "Rational Life", there are people with superior material conditions who pursue Shen Ruoxin, but unfortunately they don’t even consider her feelings when buying clothes and meals, and don’t understand her taste. For Shen Ruoxin, he has nothing but Money is useless.

On the other hand, Qi Xiao, knowing that Shen Ruoxin likes the starry sky, he used his expertise to draw manuscripts and designed a star necklace for Shen Ruoxin; for his birthday, Shen Ruoxin only accepted Qi Xiao's necklace. This is the difference between intention and carelessness.

In recent years, the "right to the family" has been frequently mentioned, and some people have always attributed it simply to the material conditions of the two parties and the equal family background, but this is not the case.

When I was young, I longed for love in fairy tales, and thought it was only beautiful and romantic.

It is only after adulthood that the best love is that the three views are similar, the soul is acquainted, there is a spiritual fit, and there is a certain material guarantee.