His Highness Sheikh Dr. Sultan bin Muhammad Al Qasimi, Supreme Council Member and Ruler of Sharjah, inaugurated this morning, Wednesday, the 12th session of the Sharjah Child Reading Festival, organized by the Sharjah Book Authority, during the period from 19 to 29 May at the Sharjah Expo Center. Under u 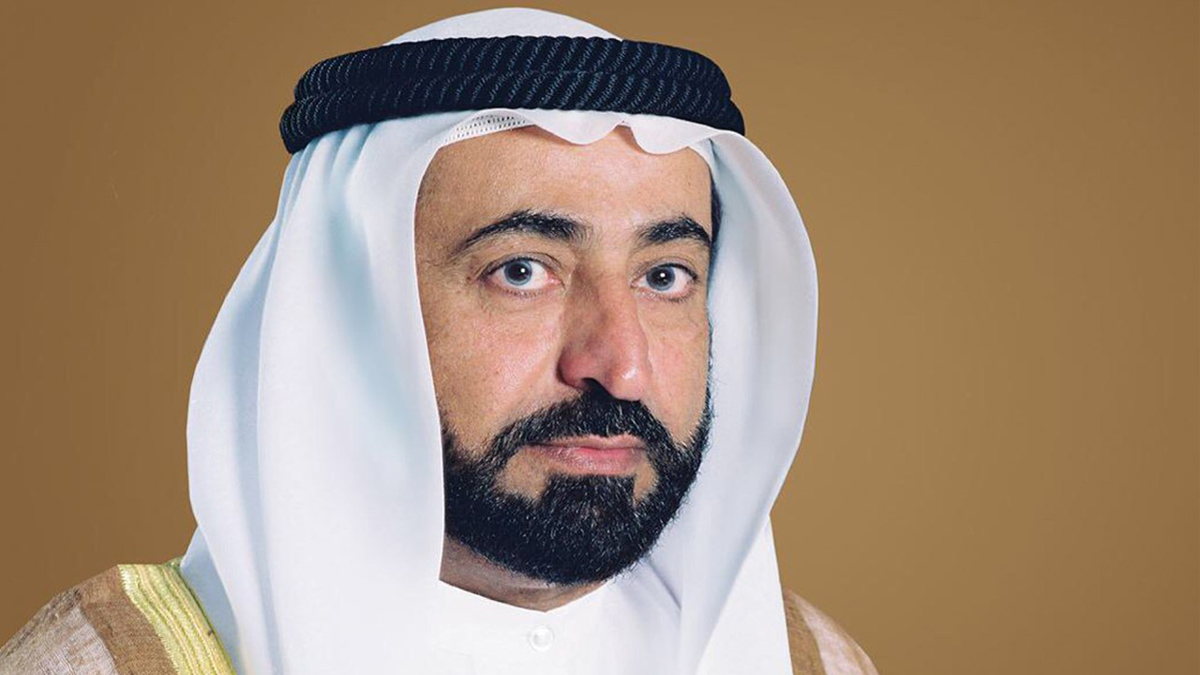 His Highness Sheikh Dr. Sultan bin Muhammad Al Qasimi, Supreme Council Member and Ruler of Sharjah, inaugurated this morning, Wednesday, the 12th session of the Sharjah Child Reading Festival, organized by the Sharjah Book Authority, during the period from 19 to 29 May at the Sharjah Expo Center. Under the slogan "to your imagination".

After cutting the opening tape to mark the launch of the festival, His Highness the Ruler of Sharjah watched a presentation by a number of Sharjah children about reading and its importance in a child's life.

His Highness then toured the halls of the festival, in which 172 publishers from 15 Arab and foreign countries participate, in addition to an elite of writers and artists who present to children and adolescents 537 specialized activities and activities and a series of theatrical performances that bring together a group of the brightest Arab stars.

His Highness, Ruler of Sharjah, visited the pavilion of the Ministry of Education, where he was briefed on the most prominent educational efforts and initiatives being implemented by the Ministry in cooperation with various educational bodies to support and consolidate reading among children, students and students of state schools.

During his visit to the pavilion of the Sharjah Special Education Authority, His Highness was acquainted with the educational and academic programs that develop scientific skills and a love of knowledge among children. His Highness was also acquainted with the most prominent publications of the Sharjah Police General Command relating to children, which reflect the leading community role of the police in the participation of all individuals and groups of society and reaching them.

His Highness visited the pavilion of the Emirates Publishers Association and listened to an explanation about the increase in Emirati publishing houses related to children and their most prominent literary and cultural publications. During his inspection of the House of Wisdom pavilion, His Highness learned about the cultural activities that the library offers to children and visitors from various works, in addition to the books available to it.

His Highness the Ruler of Sharjah also inspected the pavilion of the Kalimat Publishing Group, familiarizing himself with the latest literary and cultural publications, initiatives and workshops concerned with developing children's skills in writing and reading. His Highness visited the pavilion of the Sharjah Broadcasting and Television Authority, where he learned about the cultural plans and programs offered by all the channels and radios of the authority in a way that contributes to Spreading the culture of reading and love of knowledge.

His Highness also visited the "Sharjah Children's Book Drawings Exhibition" in its 9th session and listened to an explanation of the participating works and their artistic and cultural evidence. 395 creators from 50 countries participate in these works, including 106 participants from 15 Arab countries and 289 from 35 foreign countries.

His Highness also visited a number of pavilions, participating houses, and the headquarters of the events and workshops accompanying the exhibition in its current version.

The festival, which opens its doors this year and exceptionally from 4 pm to 10 pm every day of the week, except on Saturday from 10 am to 8 pm, is witnessing the organization of a series of cultural, artistic and entertainment events in the presence of 32 writers from 15 countries who enrich the knowledge of young people with a large group of Sessions that take place on the ground, and other virtual sessions via visual communication techniques.

The event provides its visitors with the opportunity to view the photographic creations through the comics platform, which will present 132 artistic and entertainment workshops and events in which many Arab and foreign specialists and artists participate, in addition to 385 specialized and varied events and activities presented by an elite group of experts, in addition to distinguished theatrical performances that bring together the brightest Arab stars, from which the work of the "Dream Book" stands out, which is considered the first theatrical work produced by the Sharjah Book Authority, and is shown for the first time as part of the festival's activities program, as well as a series of events and workshops organized in a number of emirates of the country.

The festival administration had taken all precautionary and preventive measures against the Coronavirus, as it developed an integrated plan to sterilize facilities and halls on a daily and comprehensive basis, and thermal wipers and sterilizers will be provided, in addition to stressing the need to adhere to wearing masks and applying physical distancing policies.

The festival's sponsors include the Emirates Telecommunications Corporation, the official sponsor, Sharjah Radio and Television Authority, the official media partner, and Expo Sharjah, the strategic partner.