"Zayed Book" ... a dream that is renewed every year at the Abu Dhabi Fair

The Sheikh Zayed Book Award revealed its cultural program during its participation in the 30th session of the Abu Dhabi International Book Fair, which is organized from 23 to 29 May, which includes dialogue sessions with the prize winners, in its 14th and 15th sessions. 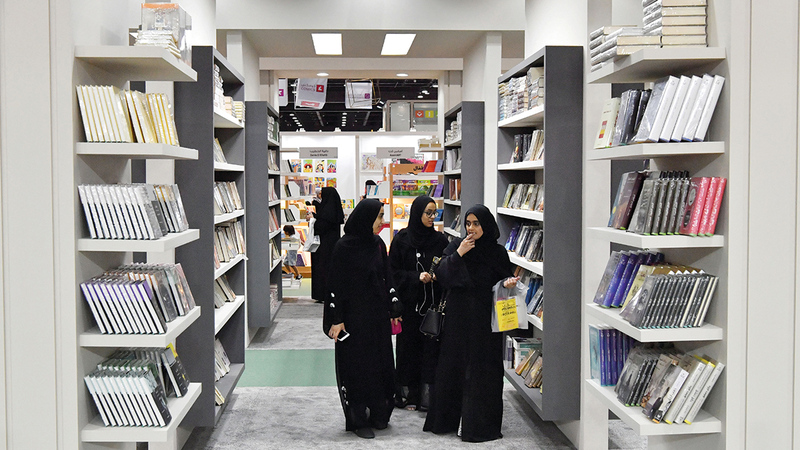 The award participates in a rich cultural program

"Zayed Book" ... a dream that is renewed every year at the Abu Dhabi Fair

The Sheikh Zayed Book Award revealed its cultural program during its participation in the 30th session of the Abu Dhabi International Book Fair, which is organized from 23 to 29 May, and which includes dialogue sessions with the prize winners, in its 14th and 15th sessions.

The award’s first cultural program will be launched with a virtual honoring ceremony for the winners in the award’s eight branches in this year's session, on the award’s official YouTube channel. Visitors to the Book Fair will have the opportunity to watch the ceremony, which will be broadcast live on the main stage in Hall 9 of the Abu Dhabi National Center. For exhibitions.

The award will host a number of winners during a dialogue session with the participation of a number of winning writers in the two sessions. A number of winners of the 14th session will participate in the session, namely Margaret Obank of Banipal Magazine, winner in the publishing and cultural techniques branch, Tunisian poet Moncef Al-Wahaibi, winner in the literature branch, Tunisian translator Muhammad Ait Mihoub, winner in the translation branch, and Iraqi writer Haider Kassem, Young author award winner, Dutch writer Richard Van Lewin, winner in the Arabic Culture in Other Languages ​​Branch.The session also witnesses the participation of the winners in the eight branches of the award in this year’s session, namely Saudi Arabia, Dr. Asma Al-Ahmadi, winner of the Young Author Award, Tunisian Mayson Bennani, winner of the Child and Adolescent Literature Prize, and Egyptian Dr. Said Al-Masry, winner of the State-Building and Development Award, and Tunisian Khalil Quwaia. The winner of the Arts and Critical Studies Award, and Dr. Tahira Qutbuddin, from the United States, the winner of the Prize for Arab Culture in Other Languages, while virtually the American translator Michael Cooperson, winner of the translation award, and Egyptian writer Iman Mersal, winner of the Literature Branch, Rasha will participate in the session. The prince, from Dar Al-Jadid, Lebanon, winner of the Publishing and Cultural Technology Award.The award organizes a virtual dialogue session entitled "The Sheikh Zayed Book Award is a dream that is renewed every year." The Tunisian writer Maysouni Bennani, winner of the Children's Literature Branch for 2021, will participate in his book "An Artist's Journey", to talk about the Sheikh Zayed Book Award and Child Literature, and the origin and significance behind His book, "An Artist's Journey", and the extent of his influence with the book "Kalila and Dimna", will be discussed during the session by the Director of the Curriculum Department of the Department of Education and Knowledge, Dr. Sarah Salem Al-Suwaidi. The award concludes its cultural program with a virtual session entitled "Islamic theology and society ...Arab and German Perspectives », which is organized by the award in cooperation with the Leitbrom Cultural Foundation in the participation of Ulrich Rudolf, Professor of Islamic Studies at the University of Zurich, and Fred Suleiman, a researcher in the Department of Islamic Religious Studies at the Friedrich-Alexander University of Erlnen-Nuremberg in Germany, and Dr. Haider Qasim Al-Tamimi, writer And an Iraqi academic who teaches in the Department of History at the University of Baghdad, winner of the Young Author Award for the year 2020, and Mera Sievers, a new professor of the foundations of Islamic belief, philosophy and ethics at the Berlin Institute for Islamic Theology at Humboldt University in Berlin, and Stephan Millich, a lecturer in Arabic language and Islamic studies at the Institute of Studies. Oriental (University of Cologne).

Iman Mersal “On the Trail of Anayaat Al-Zayat”

The Egyptian writer Iman Mersal, who won the Literature Branch Prize for 2021, for her novel "In the Impact of Inayat Al-Zayat", is participating in a virtual session, during which Asmaa Al-Mutawa, founder and president of the Literary Forum Salon, engages with her.

• The Prize hosts a number of winners during a discussion session.