The great catch-all in the history of Paris

July 14, 1789. The French Revolution. The people of Paris stormed the Bastille and freed the political prisoners. Stop the movie. The Bastille, a defensive fortress ... 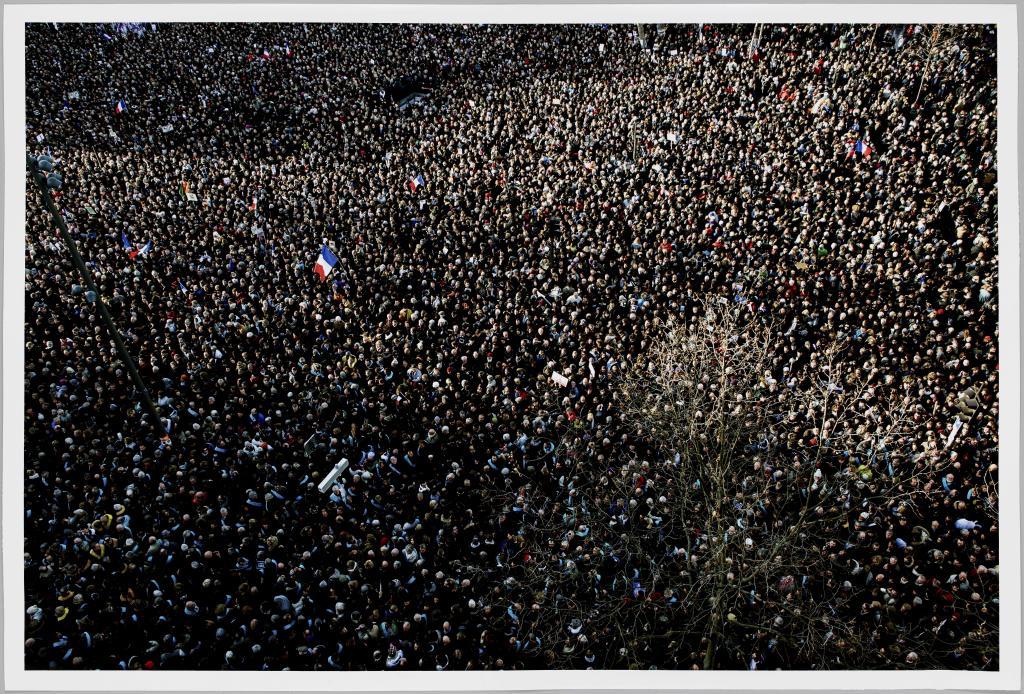 July 14, 1789. The French Revolution. The people of Paris stormed the Bastille and freed the political prisoners. Stop the movie. The Bastille, a defensive fortress that Henry IV had turned into a safe for his treasure and Richelieu into prison, surrendered in hours.

The seven incarcerated were released, including two insane and a depraved nobleman

. Of course, the crowd broke in on the same day to destroy the symbol of tyranny. In it was Pierre François Palloy who made demolition the business of his life. Palloy, "a publicist before his time", according to the historian Héloïse Bocher, contributed to the birth of the myth.

On the night of July 14, Palloy already had a hundred workmen demolishing the towers.

It must be said that the man was from the construction industry.

This 34-year-old Parisian, first a soldier and later a bricklayer, had prospered and,

after marrying the owner's daughter, ran his own workshop.

Workers, bourgeois, writers like Beaumarchais or Mirabeau ... all of Paris entered the fortress to tear it down.

It was Palloy who put order.

On July 16, he was appointed inspector general of the works and three days later, a guard company protected the place.

The stones of the Bastille were used to build, among many other things, the Bridge of Concord.

Our entrepreneur made business sense.

And the Bastille, jerk.

That is why he organized a great dance and other events in the ruins.

By recycling materials, he made dominoes, cigar boxes and jewelers.

He struck medals "with the chains that enslaved the people

But the souvenirs par excellence were the models of the Bastille, carved from an authentic prison stone: one meter long by 60 centimeters wide and 40 high, with the eight towers, bars and doors.

There were 83, one for each department of France and for each Parisian district.

One of them is the one exhibited by the Carnavalet Museum, which is preparing to reopen the doors of its headquarters, the Renaissance mansion where Madame de Sévigné lived, whose portrait presides over one of the period rooms.

We are in the heart of the Parisian Marais;

just to rest in its interior garden

In addition, the museum, like all municipal ones, is free.

Closed since 2016, its renovation has cost

, of which the municipality of Paris has put 44. The building has been restored.

Like the murals in the ballroom of the Wendel palace painted by the Catalan Josep Maria Sert.

brilliant and authentic Iberian, a faun with huge black-shell glasses, so hairy that when he undressed he looked like a coat

. But above all, a man of extraordinary culture ”, Mauricio Wiesenthal describes him in

. Sert was «the perfect match for that Jewess who had learned to play the piano on Liszt's knees, a model for Renoir and Toulouse-Lautrec, Misia, who shared her heart with a French press magnate, with Diaghilev and, in the that it would be her third husband, Sert.

The couple stood out in the Paris of the happy 20s in which the Spanish was one of the most sought-after artists.

For the mansion of the rich Wendel, Sert painted an 87-square-meter set

representing the Queen of Sheba. When the building was sold, the murals were brought to the Carnavalet. In this closing, the walls have been restored, which look splendid with their silver reflections. The ceilings will be now, with the museum open.

Carnavalet is the oldest museum in the capital and shows the public 3,500 of the 615,000 works in its collection.

That go from the Mesolithic to our days.

, after the attack on

canoe carved from an oak tree from the Parisis, the Gallic tribe defeated by the Romans

, to the ceramic emblem and the wooden hammer of the COP 21 climate agreement.

The museum has decided to place 10% of its works at the height of a child. Not only secondary objects, but also landmark pieces such as the 17th century canvas that represents Saint Genoveva. In this new arrangement,

the gallery of royal portraits has disappeared

. And more emphasis has been placed on the big names in culture. Thus Beaumarchais opens the way to the Revolution, with his 10-hour clocks, a failed invention, a Maria Antoinette shoe saved from the assault (and pillage) of the Tuileries Palace.

All the main posters are trilingual (French, English and Spanish). In the one in

, an essential landmark of the Carnavalet, it is explained: “The furniture and objects gathered here come from the three Parisian homes that the writer occupied after the death of his mother. (...) According to his governess, Céleste Albaret, most are from his last room on

(...) Marcel Proust, asthmatic, leaves his room less and less. The writer sleeps during the day and works at night. And he writes most of In Search of Lost Time on this brass bed. Proust protected himself from noise with cork sheets, placed on the ceiling and walls, and from pollen by sealing the windows in spring and autumn ... ».

One final note: Palloy, of the Bastille Stones, was honored as a Hero of the.

Revolution for his participation in the storming of the Bastille, but

ended up in jail for diversion of funds

The reinvention of the Reina Sofía Museum premieres "episode": the American dream seen from Spain

Culture History as a weapon: "We can go from being called revisionists to being persecuted by the law"

Odorama Vomit, fire, excrement and putrefaction: the four smells that explain the history of mankind