In this digital age, few are those who travel without their mobile phone at hand to immortalize the visit to the tourist spot on duty in real time. You don't have to be an influencer to 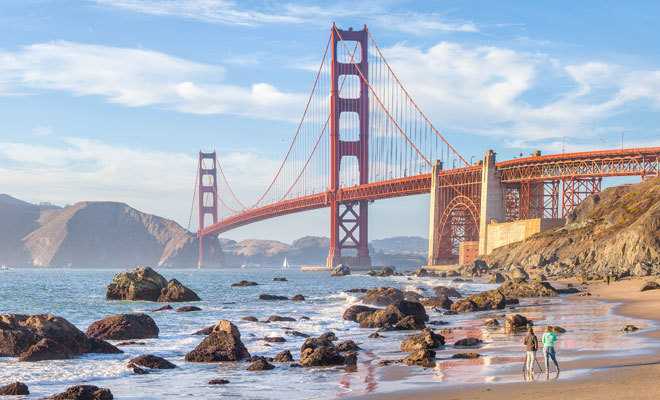 In this very digital age, few are those who travel without their mobile phone at hand to

to the tourist spot on duty in real time. You don't have to be an

to hunt and capture the best snapshot imaginable. Such a feat has even cost the life of some unwary who has not hesitated to

on dangerous cliffs, bridges or railings without any precaution.

Of course, not all the monuments on the planet have

to upload the photo as quickly as possible.

Next, we break down which ones are the best connected due to both the telephone signal and the Internet.

where you can take your photo and in a second launch it on social networks without connection problems.

The Internet speed is 67Mbps (megabits per second), it captures

and the Wi-Fi is free.

The Golden Gate of San Francisco.

This is said by a report from the Uswicht portal, focused on solutions related to

prepared with data provided by the start-up Nomadlist, which periodically reviews the best connection conditions for

teleworking around the world,

taking into account the telephone signal. and the Internet.

in Paris (with 31 Mbps; yes, the free wifi works perfectly).

The latter is the best European point to connect.

The Great Wall of China.

places with good connectivity, only one point of the Spanish geography, the

Barcelona, ​​which occupies the fifth position.

The impressive work of

will not be finished

, but its level of Internet connection is very good.

analyzes the results: "Our study shows the most iconic places in the world where it is easy or not to connect, taking into account

how easy it would be to telecommute

there, since this ease means you don't have to be subject to

office hours from nine to five

, opening a range of possibilities ".

On the other side of the scale is the

which has a connection speed of only two 32 Mbps, being the worst monument in the world in terms of coverage according to Uswitch.

in Jordan, or the beautiful

(seven Mbps), so they are discarded if the idea is to zoom.

Discover Madrid and its five most unknown destinations, from an abandoned town to a ruined monastery