5 chefs hosted by "Reading for the Child"

A group of chefs will be a guest at the 12th edition of the Sharjah Children's Reading Festival, organized by the Sharjah Book Authority, under the slogan “For Your Imagination,” between May 19 and 29, and the “Cooking Corner” hosts five female chefs who have written books in the culinary arts. To give presentations 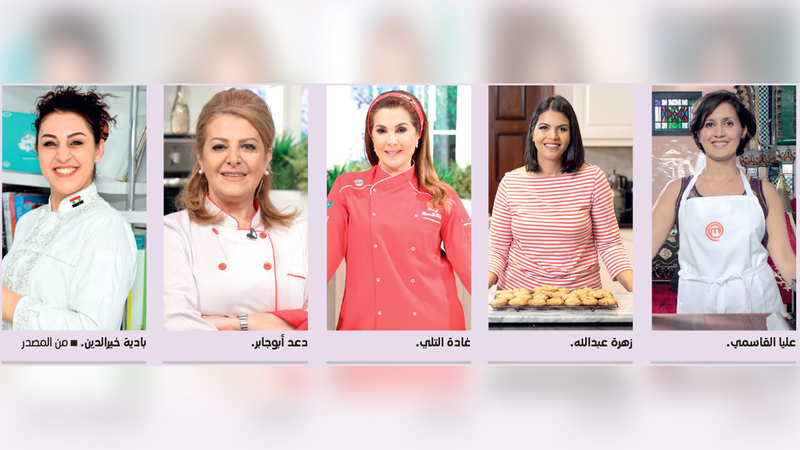 5 chefs hosted by "Reading for the Child"

A group of chefs will be a guest at the 12th edition of the Sharjah Children's Reading Festival, organized by the Sharjah Book Authority, under the slogan "For Your Imagination", from 19 to 29 May.

Participants from Jordan, Morocco, Egypt and Sudan present, through 20 events, a variety of foods and dishes that reflect the culture of their countries and their diverse experiences, while at the same time catering to the different tastes of the audience.

Chef Daad Abu Jaber is a guest at the festival. She is Jordanian whose passion and love for cooking led her to his professionalism and profession, although she studied economics and business administration. Her mother was her first teacher who encouraged and taught her the foundations of Jordanian cuisine, which prompted her to participate in the Star Chef competition, on « Fatafeat », to win the finals among the top 10 participants, and to become one of the stars of the channel specialized in cooking.

From Morocco, the festival will be hosted by Alia Al Qasimi, who is considered one of the most important ambassadors of Moroccan cuisine in the world. She participated in many cooking programs, including "Master Chef" in Poland, and published eight cooking books.

From Syria, the festival is hosted by Chef Badia Khairuddin, Director of Events and Operations at the International Chef Center in the UAE, and the author of the book “From Badia's Kitchen Cookies and Biscuits” and “Badiya's Kitchen for Children”, and she is a member of the International Gourmet Association, and the presenter of radio and television segments specializing in food and cooking.

The guest list includes Ghada Al-Tali, an Egyptian chef who grew up in an Egyptian-Jordanian home. She loved the art of cooking and chose it as a profession for her. She became famous within her community, which made it easy for her to join the family of the “Ruya Satellite Channel” in early 2011, and she presented many programs, including « Kitchen Queen »and others.

From Sudan, Zahra Abdullah, the author of "Cooking with Zahra", which is considered a reference for food in the region, shares with it, in which she revealed her Arab heritage and her upbringing among world cultures, and how these factors affected her creativity in the culinary field.

The festival, which opens this year to visitors from four o'clock until 10 p.m. all days of the week, except for Saturday from 10 in the morning until eight in the evening, offers 537 events and specialized activities and a series of theatrical performances that bring together a group of the brightest Arab stars, with the participation of 172 publishers and 27 writers from 15 Arab and foreign country.