The Executive Committee of the Confederation of African Football (CAF) met in Kigali, Rwanda on Saturday, May 15. Decisions have been taken regarding the organization of major events on the ... 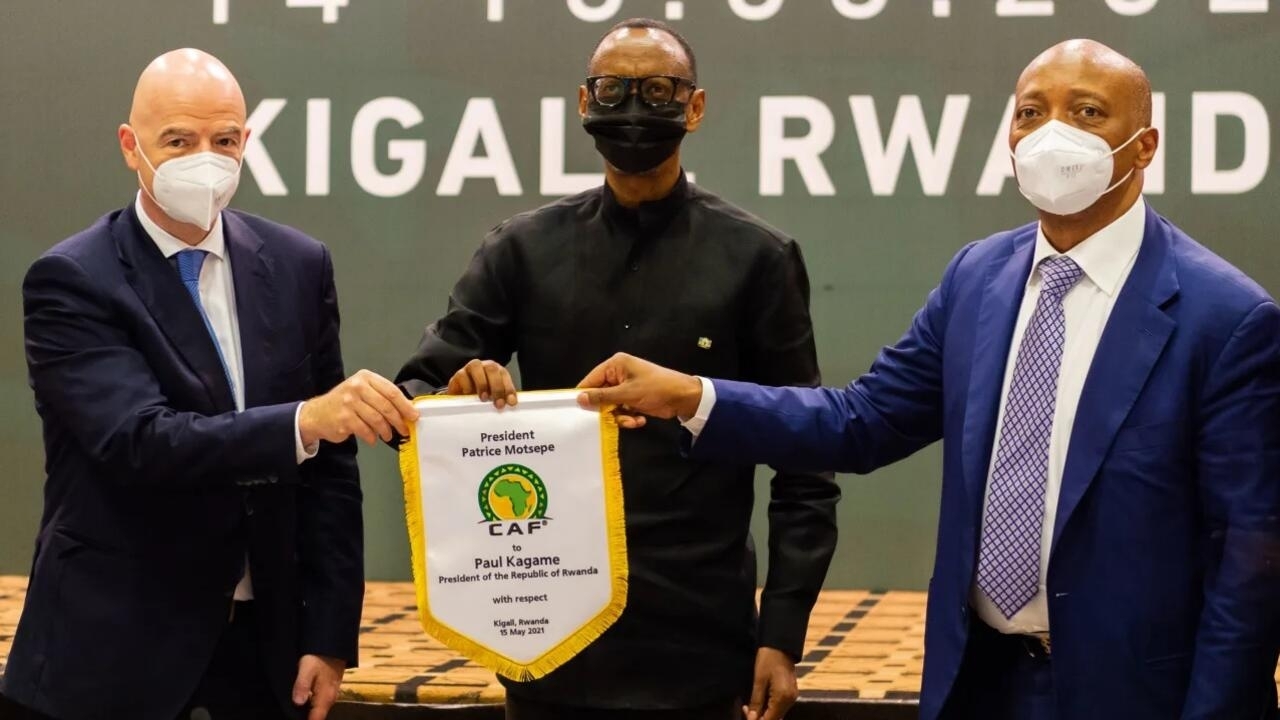 The Executive Committee of the Confederation of African Football (CAF) met in Kigali, Rwanda on Saturday, May 15.

Decisions have been taken regarding the organization of major events on the continent.

The postponement of the qualifiers in the Africa zone for the 2022 World Cup has been confirmed: the matches will take place at the end of 2021 and early 2022.

The meeting held in Kigali on Saturday attracted a lot of people.

, for a summit of the Executive Committee of the CAF (COMEX).

On this occasion, Paul Kagame made a point of “

emphasizing the report on football and development in Africa

Several subjects were discussed during this meeting in Kigali.

qualifiers in the CAF zone

for the World Cup

As RFI had announced at the

beginning of May, the group stage of the African qualifiers will not take place in June. 2021. COMEX confirmed this postponement.

The meetings will finally be held "

during the international windows of September, October and November 2021, as well as March 2022

In all likelihood, in March 2022, the play-offs will take place at the end of which we will know the five African countries which will compete in the 2022 World Cup.

The final of the Champions League in Morocco, that of the Confederation Cup in Benin

COMEX also endorsed the countries that will host the next major events on the continent.

We know where the final of the

, which since last year has only been played over one match.

After Egypt last November, the next final, scheduled for July 17, 2021, will take place in Morocco.

, which is also played on a single match since last year (it took place in Morocco), will take place in Benin on July 10, 2021.

Egypt will host the final of the 2021 CAF Women's Champions League. The country of the Pharaohs will also be in charge of organizing the Under-20 CAN in 2023. The Under-17 CAN 2023, it will take place in Algeria.

Finally, the 2022 beach soccer CAN will take place in Mozambique.

An inter-school Pan-African Championship created, investments for the development of football and refereeing expected

In addition to these decisions, the COMEX announced that the Motsepe Foundation had donated 10 million dollars to CAF.

This sum must finance the CAF-Fifa Inter-school Pan-African Championship, which has seen its integration into CAF competitions approved by the Committee.

The Committee also announced a “

” to improve football infrastructure in Africa.

This project must now “

be given a thorough review

Another project mentioned: a training program for referees within CAF, with a budget of one million dollars per year.

The COMEX wishes to "

strengthen the professionalization of arbitration in Africa

⚽️ The Executive Committee, chaired by the President of CAF, Dr Patrice Motsepe, takes important decisions on the competitions, the presidents and vice-presidents of the standing committees of CAF, in Kigali, Rwanda.

African football: "unity", the new watchword at CAF after the election of Motsepe