Who is who of the war between García and De la Morena in 'Reyes de la noche'?

For lovers of sports radio, the protagonists of the most famous war on the Spanish airwaves is like reciting the historical line-up of their soccer team: José ... 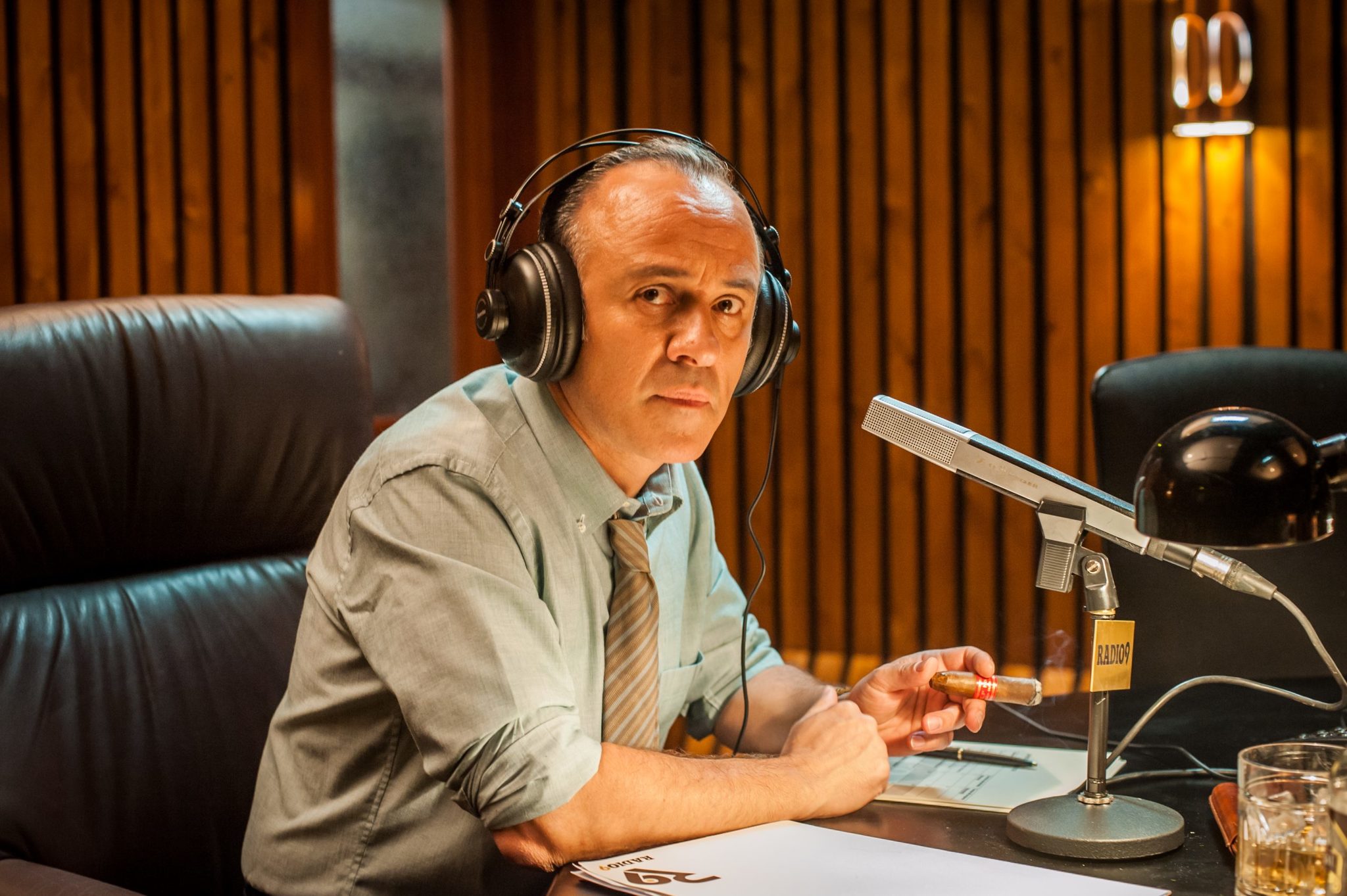 For lovers of sports radio, the protagonists of the most famous war on the Spanish airwaves is like reciting the historical alignment of their soccer team:

... and so on until they complete the template.

But perhaps it is not so easy to identify them in

Kings of the night.

, have insisted since the project became known that the characters are mostly fictional in order to recreate the environment that was lived at that time.

But it is inevitable to find similarities between many of them.

Who is who in this series?

There is no doubt about the character, the gestures, the tone of voice and even the final tagline identify

, director of the original sports program, who decides to leave the radio due to disagreements with the management in search of a more powerful economic contract.

His way of addressing the guests, his editorial style and his disputes with managers and colleagues bring

Reyes of the night

the reality that was experienced on Spanish radio in the late 80s and early 90s, when the dialectical war between García and De la Morena flared up to become a myth.

As if it were not sufficiently evident, the creators themselves have explained during the presentation of the series that the character of Javier Gutiérrez has taken as a "reference" to García but avoiding parody.

At the other end of the war is Jota Montes, the disciple of the Condor who sees his opportunity to become a benchmark in sports journalism by leaving his team and taking charge of the program that remains vacant.

That is the role that the Catalan actor

plays within the fiction of Movistar +

In this case, the parallelism is less obvious and more difficult to find than with José María García.

The physical resemblance of Esparbé and De la Morena is scarce and the manners before the micros are an amalgam of various Spanish sports communicators.

But the real story is so well known that it is impossible not to associate the fictional character with the current Onda Cero announcer.

who served as advisor for Itsaso Arana to play

, a journalist with ambition who will have to settle for the early morning time slot and with a telephone office very similar to

which in real life The Catalan journalist was inaugurated and is still on the air today.

Arana, who has triumphed with

explained in an interview with EL MUNDO that Nierga had given him "many keys" of his beginnings on the radio, a world of men ", to prepare a character who" has a lot of relationship "because the Catalan also "wanted to be a news journalist, it

and she complained a lot."

He is the only character in the series who goes beyond fiction with a name and surname.

The late president of Atlético de Madrid, played by

, is one of the central characters of

just as he was at the time in the radio war of José María García and José Ramón de la Morena.

The always controversial Jesús Gil, sports and political giant in the 90s, served as a throwing weapon for part and part in real life, disputing the presence of his team's footballers in the programs of both García and De la Morena.

The character of the rojiblanco leader also helped to promote that battle.

cannot remember anyone other than

, whose fame has always preceded him in real life since its inception with José María García, who was the first to give him a chance on the radio alongside his friend

The Asturian, who had been a DJ since his arrival in Madrid, ended up being part of one of the most powerful radio groups of the moment.

That is the role that

in the series, who can even be seen having sex with his own sources to get the necessary information.

In the middle of the war there was also a gap for the business section, that is what

due to his high economic expectations and bet on Jota Montes as a new sports voice for your radio.

The Valencian actress is one of the journalists who decides to go with El Cóndor to continue reporting on the field, an unthinkable figure in real life at the time the radio warfare occurred.

In fact, in fiction,

are more typical of the male gender of the time: a lot of alcohol and willing to do anything for her boss

, who does not forget a single piece of information from all the games that have been played in any country in recent years.

Of course, social skills are not his strong point.

Who was going to be able to imagine that an intellectual would end up in the sports team of Onda Spain?

Well, the persuasion of Jota Montes means that

ends up being part of his group and getting into the world of football.

A too soft selector with his team in decline is the perfect target for a character like El Cóndor to destroy.

What the announcer was not expecting is that he would end up being his rival on the airwaves.

The character, even with many differences, could have a slight resemblance to the reality of the coach Luis Suárez towards whom José María García showed little affection.