Today the economy, the portrait - Ali Rami, 20, lends to the independents

Ali Rami is the co-founder, at only 20 years old, of a fintech specializing in lending to freelancers and freelancers. The company, called Mansa, was created in February 2020, in full pandé ... 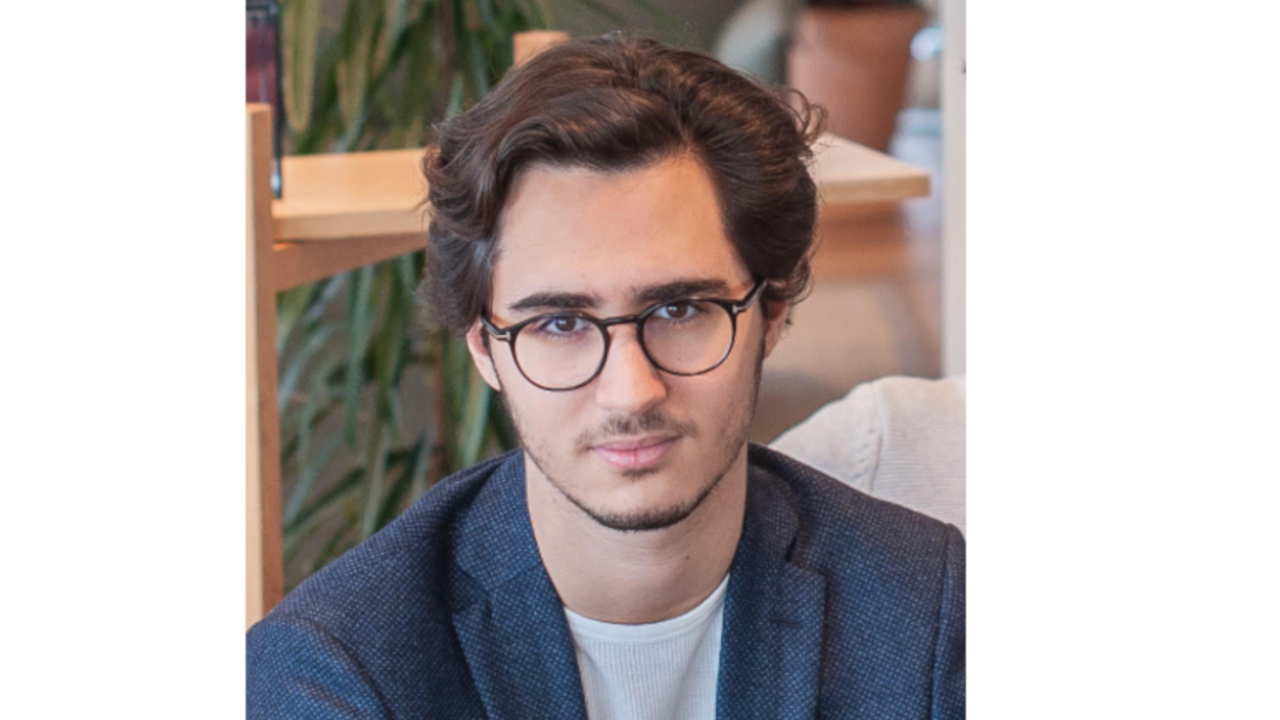 Ali Rami, co-founder of Mansa, which lends to independents.

Ali Rami is the co-founder, at only 20 years old, of a fintech specializing in lending to freelancers and freelancers.

He recently raised 18 million euros to accelerate his development.

Ali Rami welcomes us to the premises of WeWork, a bright co-working space in Paris, where he has settled with around twenty employees.

He will soon be leaving for larger premises, because by raising 18 million euros, he is doubling his workforce.

Not so long ago, this 20-year-old athlete, who practices running and tennis, lived with his family in Montrouge, in the inner suburbs of Paris. His father is an engineer and his mother at home. He attended a high school in the 5th arrondissement, then began higher studies, but it was entrepreneurship that really interested him.

I started doing business when I was 16,”

I had created a first company which was a software which made summaries of the press for the students who were preparing for the Sciences Po competition, which was my case at the time.

A fairly banal idea, but it worked well.

There were tens of thousands of customers.

Then I returned to Sciences Po, which I left quite quickly, I stayed there for a year, then I co-founded Mansa with two of my best friends.

We made a first round of funding of 2 million euros.

And I left school completely to devote myself to Mansa.

Mansa has already funded the projects of more than 2,000 independents from all walks of life

The request is made entirely online in about ten minutes and a response is obtained in less than 48 hours with an electronic contract. It is quite fast and it allows all this new population which is very poorly served by the banks to obtain financing very quickly. We really wanted to support this generation to which we belong and we said to ourselves that the best way to do it was through an offer of credits that would allow them to carry out their project.

Ali Rami's FinTech has already funded the projects of more than 2,000 independents from all walks of life, from IT developers to freelance nurses. In total, Mansa will have raised 20 million euros from the English fund Anthémis and several Business Angels, such as Yannick Bolloré, Mathieu Laine and Romain Afflelou. This will allow it to support even more freelancers in France, which has 4 million, but also in the United Kingdom, then in Germany.

But how do you manage to take on such responsibilities at such a young age and convince top-flight investors?

It's happening quite naturally now,”

It's true that when we started with my co-founders, we were 18, 19, so it was obviously quite intimidating.

At the beginning, there were hiccups.

We took about fifty no's on the first fundraiser.

Today it is much easier.

To give you an example, it took about six months to complete the first fundraiser.

While for the second, for a much higher amount, it took three weeks to complete it.

Valentine Baudoin, lawyer and Partner in the Founders Future investment fund which invested in Mansa said:

“I often say that Ali Rami is the most mature entrepreneur I have in my portfolio. "

“A good entrepreneur is someone who has a vision, who knows how to surround himself with a team, who knows how to execute well, who knows how to bounce back when there are times that are difficult, who knows how to anticipate. the blow before and Mansa in eighteen months has fulfilled these 5 points. They succeeded in creating a brand. They are recognized in the world of independents, which is not an easy world. It is the first to enter the self-employed loan. And this is a point

of maturity for an entrepreneur.

It was necessary to have this ardor and this madness of youth to embark on this field.

Entrepreneurial maturity, I think it is innate in Ali and that's what convinced us from the start, ”

What does Ali Rami think of this? What, for him, characterizes a good business leader? “

I think it's the ability to act the same way in good times and bad times,”

I have always been taught when things are going well not to ignite by telling myself that we have arrived there and conversely, when things are going badly, not to panic. I think I have developed a certain strength which is to remain fairly stable in good times and bad times, and to always act the same. I think that's what characterizes a good business leader and a good CEO.

Ali Rami's priority is to accelerate the development of his company in Europe initially, perhaps in the United States later, while keeping an open mind on the future.

I am 20 years old today, I do not know what I will be in ten years