Role and actor ... Yasmin Abdel Aziz enters deeper spaces in "Whoever does not have a big deal"

For the second year in a row, the Egyptian actress, Yasmine Abdel Aziz, succeeded in breaking the cloak of comedic roles and personalities that have so far marked her artistic career, whether in the cinema, theater or radio, all the way to the television screen, after she presented last year the character «Gal 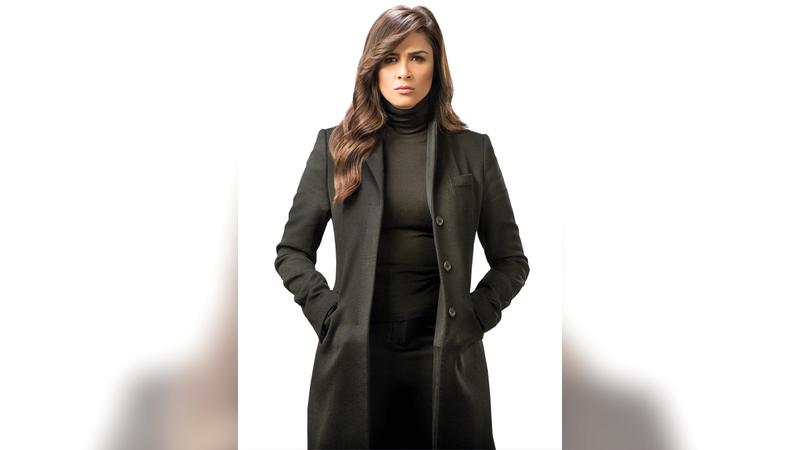 Role and actor ... Yasmin Abdel Aziz enters deeper spaces in "Whoever does not have a big deal"

For the second year in a row, the Egyptian actress, Yasmine Abdel Aziz, succeeded in breaking the cloak of comedic roles and personalities that have so far printed her artistic career, whether in cinema, theater or radio, all the way to the television screen, after last year she presented a "precious" character in the series “We love Tani Leh” under the direction of director Mustafa Fikry and writer Amr Mahmoud Yassin, with whom the star repeated a new artistic experience in “Who Does Not Lose Big”, but this time, with her husband, actor Ahmed Al-Awadi, who previously shared with him the starring of the series “Lakher Nafs” Ramadan 2019.

The appearance of the star, at first glance, appears different this year, as she introduces the character of "Ghazal", whose family circumstances force her to marry a wealthy businessman "Abed Taymour" who suffers from psychological problems that lead him to the pleasure of torturing her in an inhuman manner, and committing suicide after the news of her marriage to "Saif Khedive" "The thug" outside the law ", the actor Ahmed Al-Awadi, who this year presents a dramatic character completely different from its predecessors, and appears as an exciting" cartoon "that attracted the attention of the public in Egypt. While the work makers took advantage of the story of the relationship between Al-Awadi and the star Yasmine Abdel Aziz in reality, to bet on them dramatically and increase viewership rates. However, this did not seem to affect Abdulaziz's competence, which we saw perfected by the game, renewing its artistic tools and storming into deeper dramatic spaces every time, and then coloring and confirming its presence with its finest details, moving comfortably between character defeats and defeats and even moments of tyranny.As for the comedy arc, which Yasmine Abdel Aziz opened in the first scenes collected by "the Khedive", and in a number of other work scenes, it revealed, in one way or another, her long artistic experience in the comedy arenas, which has become an integral part of her appearance supported this year, with a constellation of co-stars In addition to her, the most prominent of them are Khaled El Sawy, Aida Riad, Khaled Sarhan, Dina Fouad, Eman El-Sayed and Badria Tolba.

Although the audience and critics followed Yasmine Abdel Aziz in the cinematic works, which exceeded 20 cinematic films, two comedies in the theater and five radio works, she was able to present multiple roles and personalities on television, starting from her first participation in the series "A Woman from the Time of Love" in 1998. In addition to Sumaya Ahmed, Youssef Shaaban, Abla Kamel and the series "Dancing on Escalators" in 2002, before confronting the presentation of several comedians in the series "Herbana Minha" in 2017, along with a group of young stars, and plays an exceptional role in the series "For Last Nafs" »Ramadan 2019, which rediscovered her acting talent, most prominently in television dramas, up to her Ramadan appearance last year in the series“ We Love Tani Leih ”, ​​in which she succeeded once again in breaking the mantle of comedic roles.

• “For the Last Nafs”, he rediscovered her acting talent, and featured it differently on television.

• In the series “We Love Tani Leih”, I succeeded in breaking the cloak of comedic roles.

• She mastered the renewal of her artistic tools, comfortably moving between personal defeats, defeats and tyranny.