Pregnant women and minors between the ages of 12 and 15 in vulnerable and high-risk situations can now be vaccinated against the coronavirus, according to the seventh update of ... 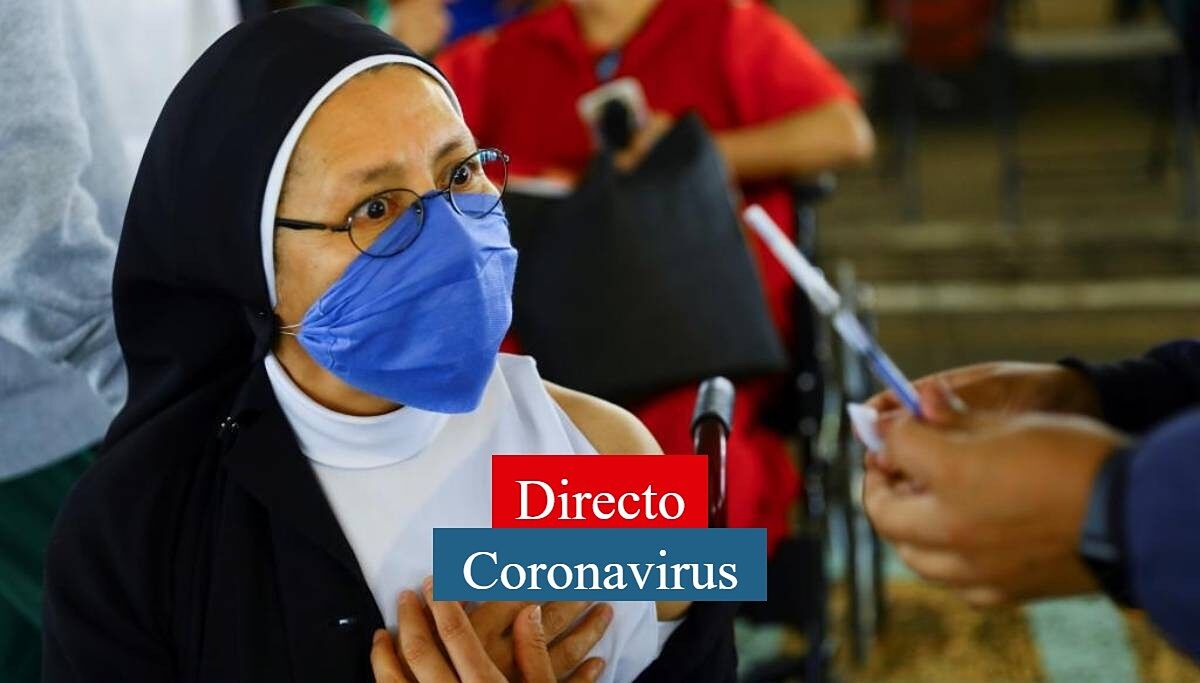 vaccinated against coronavirus, according to

the seventh update of the strategy of

approved by the Public Health Commission.

In addition, Health has confirmed that 90% of those over 60 years of age, that is,

, have been vaccinated with some dose against

07.10 India joins a political battle for vaccines in the middle of the "apocalypse"

India is unable to curb the pandemic, with

, an "apocalyptic tragedy", according to the opposition, faced in a political battle with the Indian government due to the

The contagion curve, which began its upward run at the beginning of March with some 15,000 daily cases and soared until the beginning of May with more than 400,000 new infections, stood at 362,727 this Thursday, a small decrease from that peak that has not yet eased the situation in the country, with

The deaths also surpassed the barrier of 4,000 deaths on Thursday, with 4,120 new deaths that bring the total to 258,317 since the start of the pandemic, something that has been reflected in overflowing crematoria with the continued arrival of corpses in ambulances and the

07.00 Delaying the second dose of Pfizer increases the antibodies by more than three times

generated an antibody response higher than

three times and half in elderly when the second dose

is delayed until 12 weeks after

receiving the first, a British study.

The study released Friday is the first to directly compare

injection immune responses from the

three-week dosing interval tested in clinical trials, and the extended 12-week interval recommended by British officials to give the most vulnerable people. at least some protection more quickly.

After Britain decided to extend the interval between doses,

said there was no data to support the measure.

However, Pfizer has said that public health considerations could be taken into account outside of clinical trials.

"Our study shows that maximal antibody responses after the second

markedly improved in older people when this is delayed to 12 weeks," said Helen Parry, study author based at the University of Birmingham.

Britain started rolling out the

before changing the dosing policy, meaning that a small number of people who got the vaccine early received the second vaccine three weeks later.

The study, which has not yet been reviewed, looked at 175 people between the ages of 80 and 99 and found that extending the second dose interval to 12 weeks increased maximum antibody response 3.5 times compared to those who had it. at three weeks.

06.59 A team of 18 scientists still do not rule out that the coronavirus came out of a laboratory

An international team of scientists has indicated that

: "theories of accidental release from a laboratory and zoonotic spread remain viable."

, Jesse Bloom, Alina Chan, Ralph Baric, Akiko Iwasaki, David Relman and their colleagues sign a letter calling for an adequate, transparent, objective and data-based examination of the origin of the pandemic.

"Knowing how covid-19 arose is essential to inform about global strategies to mitigate the risk of future outbreaks," the authors emphasize.

, some of the results of which were published in November 2020.

In this sense, they mention that the WHO team evaluated as "probable or very probable" an intermediate host as the origin of the covid-19 pandemic and the laboratory incident as "extremely unlikely".

Danish pandemic control lets you do without AstraZeneca