The early heat peaked today. The highest daytime temperature in Seoul rose to 30.8 degrees Celsius. From tomorrow, the heat will gradually cool down, but torrential rains will pour in early summer. 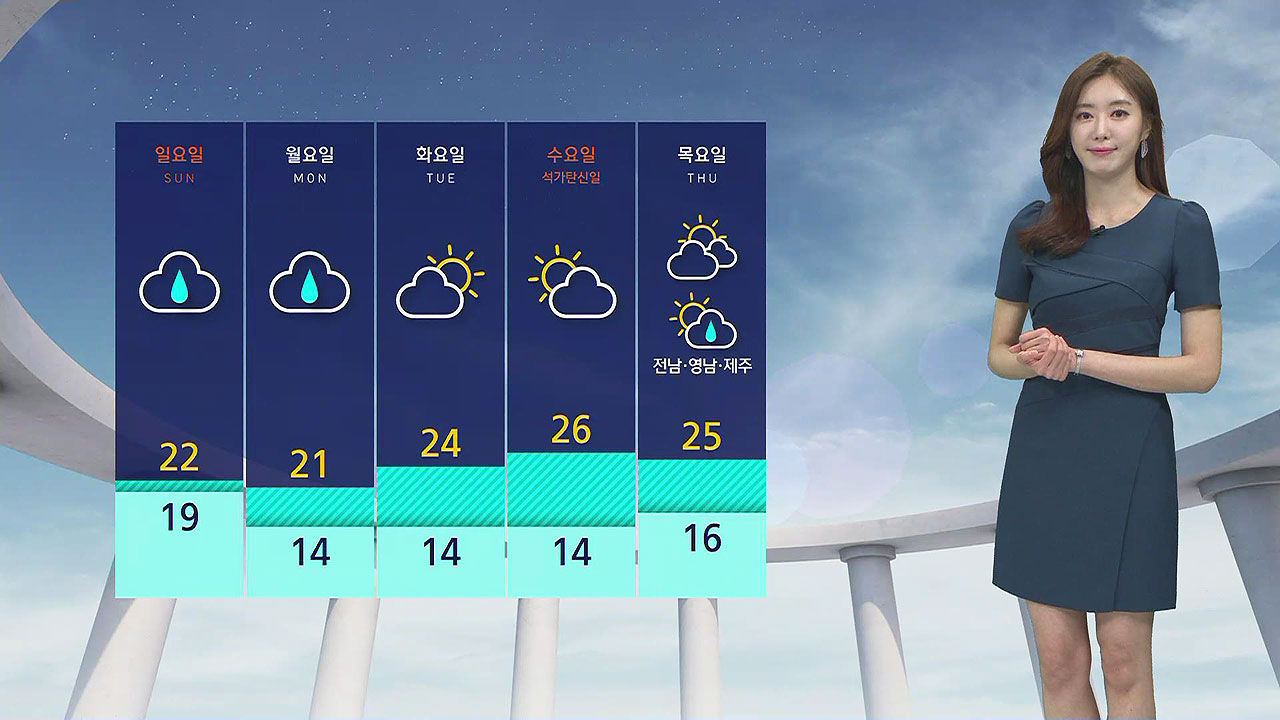 The highest daytime temperature in Seoul has risen to 30.8 degrees Celsius.

From tomorrow, the heat will gradually cool down, but torrential rains will pour in in the early summer.

If you look at this visual cloud image and radar at this time, the rain cloud zone will gradually move eastward in the west sea, and rain will start on the west coast of Jeju and Jeollanam-do from this night, and it will expand to most regions of the country tomorrow morning.

First of all, this is the expected precipitation for the day tomorrow.

20~60mm to Jeonnam and Gyeongnam coast, Jeju Island, 10~40mm to other southern regions, and 5~20mm to central region.

This is the day after tomorrow, where strong rain is concentrated.

Up to 100mm of rain will be poured in southern Gyeonggi and southern Yeongseo, Chungcheong and Honam, and Gyeongbuk.

Between early morning and morning tomorrow, very strong rain of around 20mm per hour will be concentrated around the southern coast and Jeju Island.

In addition, it will rain in other areas as well, and most of it will fall in a lull from the evening, and it will fall again from dawn the day after tomorrow.

Tomorrow, the daytime temperature will slow down somewhat.

Seoul and Cheongju are expected to be 24 degrees, Daegu 23 degrees, and Busan 21 degrees.

Most of this rain will stop on Monday morning, but in some areas it will last until daytime, and the temperature will regain its place next week.