Gilles Bouleau, presenter of the 8 o'clock news on TF1, is Monday guest of Anne Roumanoff and her band in the show &amp; quot; It feels good &amp; quot ;. The journalist looks back on the interviews that gave him the most trouble, but also those that moved him the most. &amp; Nbsp; Among them, those of Nicolas Sarkozy, Tim Burton and Bernard Tapie. 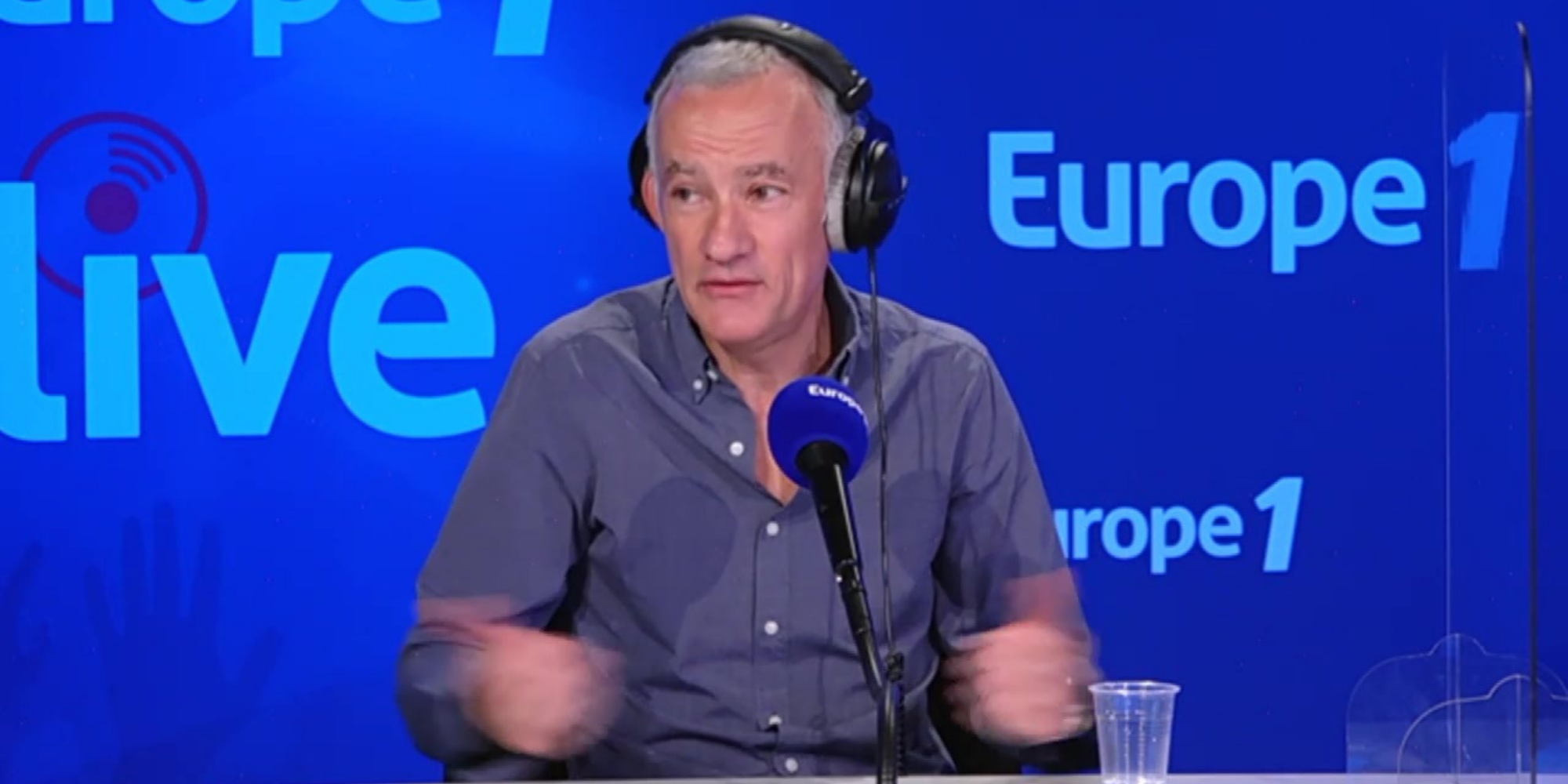 Gilles Bouleau, presenter of the 8 o'clock news on TF1, is Monday the guest of Anne Roumanoff and her band in the show "It feels good".

The journalist looks back on the interviews that gave him the most trouble, but also those that moved him the most.

Among them, those of Nicolas Sarkozy, Tim Burton and Bernard Tapie.

Guest on Monday of the show

journalist Gilles Bouleau tells the microphone of Anne Roumanoff and her band his greatest interviews, from those he has fondest memories of to the one who gave him the most pain for the complete.

The presenter of the 20h of TF1 returns to begin with the interviews of two strong heads, Nicolas Sarkozy and Bernard Tapie.

"They are a political animal for one, and a media animal for business and sport for the other," recalls the journalist.

"You have to tell yourself that if they are animals, I am not a tamer and I am not on safari. I am not there to humiliate them, make me dominate or let me dominate," Gilles Bouleau analyzes.

"These two personalities are out of the ordinary. And above all, they have one thing in common: both are built against the interviewer. It's never boring, because they build a kind of artificial hostility or aggressiveness, of artificial pugnacity . "

A peculiarity that is not the case with all policies, assures Gilles Bouleau.

"Jean-Luc Mélenchon is more ductile and more unpredictable. He will suddenly get you into the cabbage, and the next one he will be more in the accompaniment."

Faced with his difficult interviews, moreover live, Gilles Bouleau has long been nervous.

This is no longer the case today.

"You tell yourself you've prepared your questions, reviewed your stats, your numbers, quotes, you've called people who know them, etc. And it's live, so come what may."

Among the interviewees who gave the TF1 journalist a hard time, there was also Robert de Niro.

"I have immense admiration for this actor," he says.

"But he's known for not being very generous in interviews. I think that inflates him. He was coming for a movie with Michelle Pfeiffer,

, which is not extraordinary."

And as Gilles Bouleau should have expected, Robert de Niro is not very talkative at the time.

folded in his pants and he was very moderately interested in the interview. I was trying to wake the beast," recalls the reporter.

"I understand he didn't necessarily have a lot of esteem for the movie he starred in."

More recently, it was the interview with Bernard Tapie that marked the presenter of the 8 p.m.

"I had talked a little with him before, so that he would agree to come. And it seemed to me, oh mistake on my part, that he was more willing to tell about that awful night during which he was assaulted with his wife. in his house, "says Gilles Bouleau.

"I thought he was going to describe it. And he gave me a wind."

Problem: a large part of Gilles Bouleau's interview was built on this event.

"There is no more interview, we are going to drink a tea? What do we do?", Laughs Gilles Bouleau today, who ends up finding a solution all the same.

"I tried to rebuild my legitimacy by saying that, despite everything, I could not not ask him a question about it", adds the journalist.

"What Bernard Tapie then said did not last a quarter of an hour, he did not go into the details which are hard, which are painful. But what he said, with the talent which is his was very interesting. "

Gilles Bouleau finishes recounting his most striking interviews with an express questionnaire. The guest who impressed him the most? "Putin." Most moved? "It's the emotion of an admiring little boy, it's the interview with Jean Rochefort." Most surprised? "Michel Sardou. He started talking to me in the middle of the interview," he is still surprised. "Gilles, you have to stop you're too thin, you're like a bean. You have to stop the bullshit", the singer had hit him.

The two guests who appealed to him the most are directors Tim Burton and Terry Gilliam. "First of all, because I admire them infinitely", recognizes Gilles Bouleau. "They seduced me because they were in the exercise of the interview and the promo. And they take their clothes off. They say things." An essential guest involvement for any journalist.