The Mixed Commission (Congress-Senate) of Parliamentary Control of the RTVE Corporation and its Societies has approved this Monday an initiative of the PP by which RTVE is urged to give ... 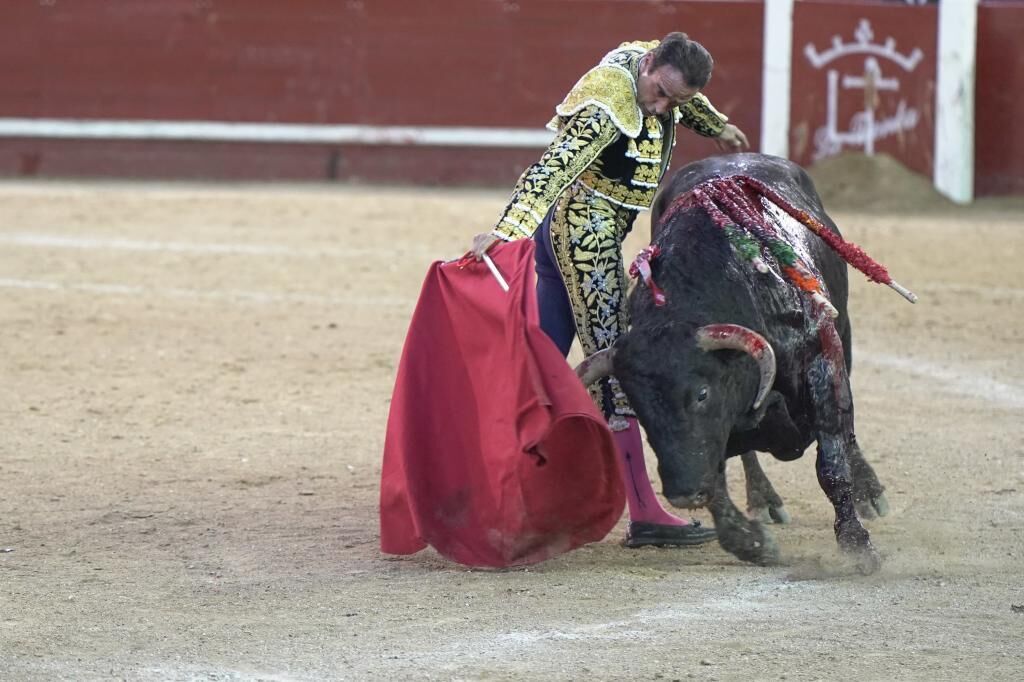 has approved this Monday an initiative of the PP

by which RTVE is urged to give space to bullfighting in its programming and has rejected another proposal from Vox to to urgently return advertising revenue.

Thus, the non-law proposal of the PP, which is committed to retransmitting the bullfighting festivities live on TVE, documentaries of bullfighting legends and informative reports on bullfighting, has received the support of the parliamentarians of the PP and Vox, while United We Can, ERC and More Country have voted against and

the PSOE has abstained

, giving the green light to the approval of the text.

In his speech, the 'popular' spokesman, Andrés Lorite, emphasized that bullfighting is "art" and "culture", but also "it becomes an engine of economic development and the generation of thousands of jobs."

"Without a doubt, the world of bullfighting has great environmental, social, economic and cultural value in our society," he insisted.

El toro, right now, lacks a programming to a great extent due to the decisions that some politicians have taken territorially

The deputy of Más País Inés Sabanés has defended that

"activities that mean pain and suffering for the animal cannot be promoted by public television,

" while ERC senator Bernat Picornell has stated that "killing an animal is not for nothing culture "and that" torture is not culture ", which is why he has shown his rejection of the proposal.

In the same vein, the deputy of United We Can Sofía Fernández Castañón has expressed herself, who has argued that the data from the Ministry of Culture indicate that "reading clubs have more participation than bullfighting" and that "many minority things may have a greater rendering "within programming.

From the PSOE, the parliamentarian Jesús Martín has said that, "for the sake of the independence of Radio Televisión Española and the free judgment of those who today are entrusted with its management", his group

is "in the culture of not prohibiting, not encouraging"

, for which he has announced his abstention.

Rejection of the advertising return

On the other hand, the Mixed Commission (Congress-Senate) of RTVE has rejected, with 30 votes against and three in favor of Vox, the proposal of the Santiago Abascal party in which it urged the Government to

As stated by the Vox spokesman, Manuel Mariscal, "there are three main arguments to defend this initiative": "First, because of the situation that Spaniards are going through at this time of economic crisis; because the elimination of TVE advertising in 2009 was due to political issues and not to criteria of good management and because TVE needs new means of financing to carry out its activity and, above all, to pay its 50 million euros of debt, a debt that Rosa María leaves as an inheritance Matthew".

In the turn of spokespersons, the deputy of Más País, Inés Sabanés, has justified her rejection by not considering this proposal "appropriate neither by the substance nor in any way", since she has defended

Next, Picornell has defended the need to "put on the table all the financing possibilities that go in favor of RTVE being sustainable from all points of view" and has affirmed that

From United We Can, Sofía Fernández has highlighted that RTVE's financing model must be included in the framework mandate and recalled that a subcommittee has been created for this purpose in charge of drafting the proposed framework mandate for the Corporation.

Rodrigo Mediavilla considers that the Financing Law has been a "disaster".

However, he sees the conclusion of the initiative for an urgent return of advertising "hasty" and believes that "another analysis, another reflection" is necessary.

The PSOE deputy Pedro Casares has stated that

"the loss of advertising revenue was already an evidence in 2009

, when the Government and parliamentary groups made that decision by a large majority of the Cortes Generales and when it was decided to bet on a model more sustainable, efficient and independent public television service ".

"We can analyze whether this financing system is working or it must be reviewed," Casares acknowledged, and later added that it can be talked about "without haste and of course without emergencies", giving scope to the new Board of Directors and the new president. , as well as in the recently created sub-commission for the elaboration of the new framework mandate.