"Remorces" ... succeeds in action and fails in script and characters

Without Remorse, "Without Remorse" is only a title from Tom Clancy's political detective novel, and any similarities between them are coincidence. The movie, written by Tyler Sheridan and Will Staples, uses the names of some of the characters in the novel along with the title, of course, and goes in another direction entirely. 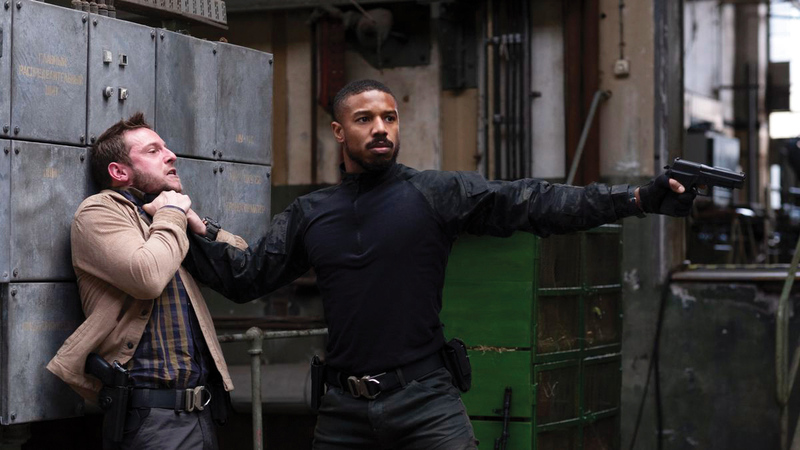 "Remorces" ... succeeds in action and fails in script and characters

Without Remorse, "Without Remorse" is only a title from Tom Clancy's political detective novel, and any similarities between them are coincidence.

The movie, written by Sheridan Tyler and Will Staples, uses the names of some of the characters in the novel along with the title of course, and goes in a different direction entirely.

The film is inferior in quality to the novel in all respects, and has very poor ratings in all movie sites, but at best it is not boring, fulfills its purpose and is very entertaining. Its weaknesses are in the poor script, poor dialogue and the way the characters are written, as well as the poor performance of some of them. The word fun here does not apply to the last 20 minutes.

The film, produced by Paramount Studios, and was unable to show it cinematically due to the epidemic, so Amazon Studios bought the rights to distribute it digitally through its "Prime Video" platform, with a scene presented in the Syrian city of Aleppo, where we see a team of US Special Forces led by Keren Grier (Judy Turner Smith) John Kelly (Michael B. Jordan in a performance not befitting of a superstar) is in discussion with CIA agent Robert Ritter (Jimmy Bell), who claims that the task to be accomplished is to rescue an American hostage. But they discover that the place is full of Russians, and it is clear that something is going on in secret. The members of the Special Force accomplish their mission, which includes liberating the hostage, killing the Russians, and detonating an ammunition depot. Here the mission is supposed to be finished, but it does not end.

After several months in Washington, DC, where John lives with his wife Pam (Lauren London), and is expecting his first child, members of the American special forces are assassinated one by one, and Russian special forces storm John's home to kill him.

Of course, the hero of the movie survives and demands Team Leader Grayer and Secretary of Defense Clay (Guy Pearce) to join the investigation team and take revenge on the mastermind of the operation, now that his goal has changed from serving the country to a purely murder mission, John is back on the field.

Most of Clancy's details of the 768-page novel are scrapped, in order to squeeze the main story points into the under two hours of film.

The part of the revenge changed from a drug gang in the novel to an intelligence war between Washington and Moscow, and the position changed from North Vietnam to Syria and Russia.

The bottom line is a very ordinary action movie of the type of Jason Born movies, which we have watched dozens of times.

In other words, there is corruption in Washington and a lot of treachery with the condiments of internal conspiracy.

If we pause to analyze the introduction scene: a Russian special forces team attacked John's house and killed his wife, who was pregnant with his daughter.

Question: Why did they kill her?

The answer is to give the hero the motive of revenge.

But who is behind the crime?

The implication is that he is a person or persons within the US government and has a relationship with the Ministry of Defense.

The question: Why did the government kill John’s wife?

There are no answers, and basically the government does not need to kill her after the Russian special forces, whom apparently someone in Washington had entered into the US, killed John's fellow Special Forces squad members, the case ended here.

The film insists on explaining a complex conspiracy theory in Washington in a mysterious way, that is, as if the writer of the film himself does not have time to explain it, but he does not want the viewer to wonder, so he blamed a mysterious theory running there and closed the topic quickly, and the result is that we do not care!

The second thing is that the movie does not stop introducing characters who save others in time, and we do not know how you knew that they were in danger to save them!

We also see John discovering that Robert Ritter is plotting against him in an already impossible scene: If the Russian Air Force shot down an American civilian plane, it was suspected that it had penetrated Russian airspace for the purpose of espionage, and on this plane was John and his team.

If the team jumps out of the plane into the sea, how can they find Robert?

And he was the one who left them at the airport and then preceded them to the destination (Russia) to investigate a mysterious matter, so John thinks that Robert arranged the shooting down of the plane ?!

The question, how did John know where Robert was originally?

Of course, his assumptions are all wrong, because this movie practices a cliché of misleading by making the viewer think that a character is an element of evil before revealing her innocence!

The strange thing is that the team that created the movie Sicario in two parts, and we are talking about the writer Tyler Sheridan and the Italian director Stefano Solima, who collaborated on the beautiful film "Sicario: The Day of the Soldier", who stand behind this film ... and a difference between them.

"Soldier's Day" was a very captivating crime drama, while this is a film that has absolutely nothing to do with it.

Knowing that "Soldier's Day" was fought by the American left-wing press, because it demonizes immigrants and tends to support the point of view of former President Trump.

The problem of the movie is at the end, because the action climax scene ends and the remaining movie is 20 minutes.

These closing minutes of the film have two purposes: the first is to put a tight end to the film to give it something like an ending, and the second to prepare for future parts of the future.

Note that Jordan's contract includes at least one additional part whose filming has been postponed due to the epidemic.

It means that the film was not well established in the first place, but it is in a hurry to launch a "franchise"!

It should also be noted that before the epidemic, all the films that occupied the first place at the American box office since 2000 were made for them with following parts, except for the 2014 film "American Sniper" by Clint Eastwood.

The result is a confused, rushed, and generally unsatisfactory film. The filmmakers fail to give us a reason to care about John's life, and the final confrontation raises more questions than answers.

• Most of the details of Clancy's novel, which is 768 pages long, were scrapped in order to compress the main story into a film under two hours.

• The filmmakers failed to give us a reason to care about John's life, and the final confrontation raises more questions than answers.

To see the whole topic,