Spectacular find: Bones up to 100,000 years old discovered by Neanderthals in a cave

It is an "extraordinary discovery that the whole world will talk about": In Italy, bone fragments of nine Neanderthals were found in a cave. One of them could have roamed the coastal region 100,000 years ago as a hunter-gatherer. 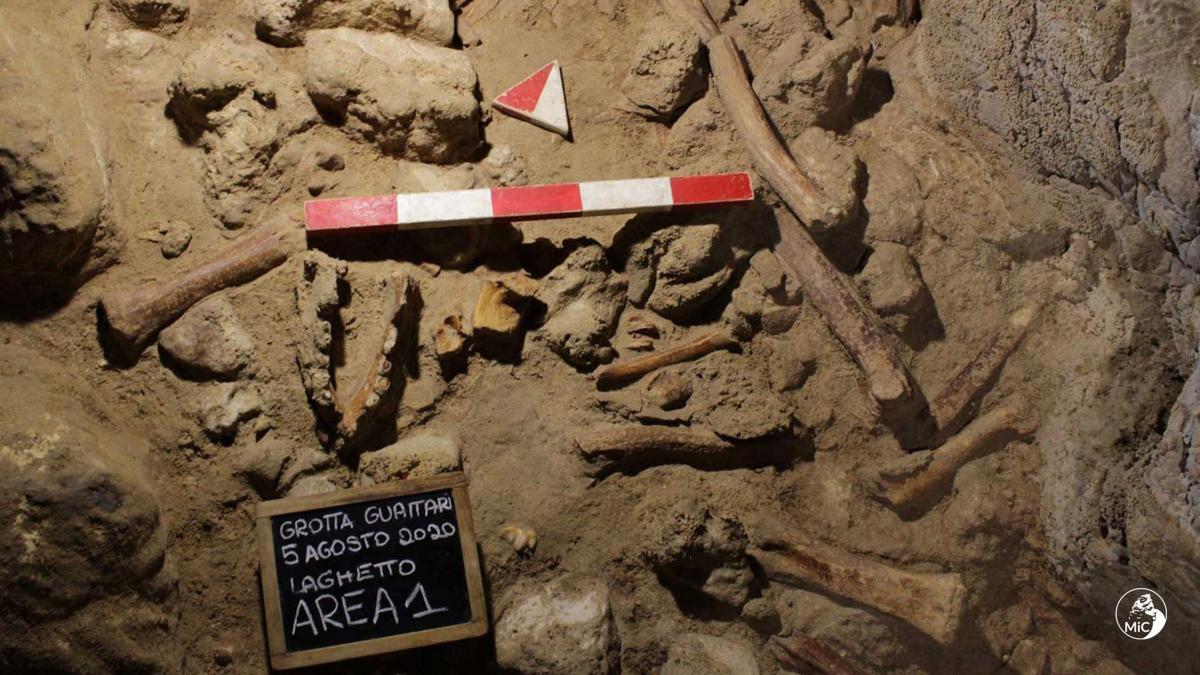 It is ancient skull remains and bone fragments from cavemen that inspire researchers in Italy: In the Guattari Cave on the Circeo mountain between Rome and Naples, scientists have found the remains of a further nine Neanderthals during new investigations. The Italian Ministry of Culture reported on Saturday. The coastal region has been known as an important site for traces of the closest relatives of people living today since the late 1930s. The number of Neanderthals from the Guattari Cave has increased to eleven since 2019, it said.

"It is an extraordinary discovery that the whole world will be talking about," said Italy's Minister of Culture, Dario Franceschini.

Eight of the prehistoric humans are likely to be between 50,000 and 68,000 years old, one of the people could even have roamed the coastal region in what is now Lazio 100,000 years ago as a hunter and gatherer.

Archeologists, anthropologists and other researchers from the provinces of Frosinone and Latina and from the University of Rome Tor Vergata were involved in the new studies.

They penetrated into previously unknown areas of the cave and examined the surrounding outdoor areas.

For example, they used genetic analysis to analyze the remains of primeval animals and pollen.

With their studies, the experts try to understand how the Neanderthals lived and why they became extinct around 40,000 years ago.

"The discovery of charcoal and burned animal bones actually confirms the hypothesis of the presence of a real hearth," the statement said.

By finding animal bones such as elephants, cave bears, wild horses and aurochs, the experts could gradually reconstruct the environment and the climate of the time.

Neanderthals are the closest relatives of people living today.

The name comes from remains that were discovered in the Neandertal near Mettmann in North Rhine-Westphalia.