Many events that were canceled in 2020 due to the coronavirus pandemic are reopening this summer. In June, the Veresk folk festival, the Wild Mint multi-format event, and the Ural Music Night will take place. The major events Park Live and Nashestvie, which moved from the Tver region to the Moscow region, are scheduled for July. At the end of August, the Crimean Koktebel can attract fans of jazz and rap. About these and other open-air music festivals - in the material RT. 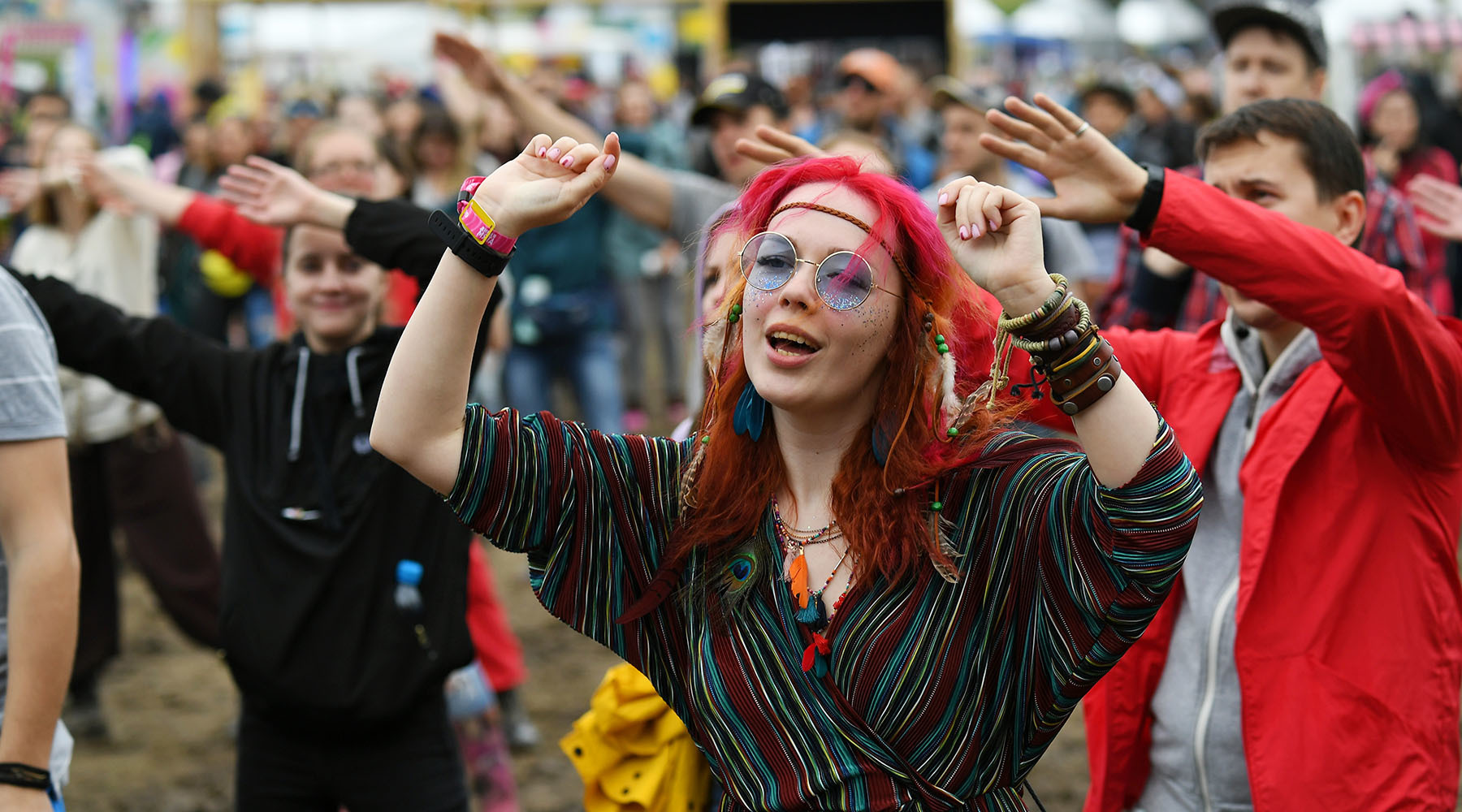 The Veresk folklore festival is traditionally held on the territory of the Argamach archaeological park (Argamach-Palna village).

In 2021, the participants - and this is more than 20 performers and groups - will be allocated three stages.

Performances are expected by such groups as Skolot, Troll oppress the fir tree, Kalevala and other folk performers.

In addition to a large concert, an ethno-night with choreographic numbers, stylized medieval battles, an equestrian show and other events are planned within the framework of the festival.

2021 will be the anniversary year for the event, which is being held for the 5th time.

In the second half of June, near the village of Bunyrevo in the Tula region, the Wild Mint festival will take place.

Among the participants are mainly Russian bands and performers (The Hatters, Kino, Ivan Dorn, AIGEL, Give Tank (!), AuktsYon, Alai Oli).

The festival is also planned to be visited by the Georgian group Mgzavrebi, the German singer Alice Merton and some other foreign musicians.

In addition, the Wild Mint venues will host hand-made fairs, master classes, screenings and meetings at the Kinolektoria.

On the night of June 25-26, musicians from different directions will gather in the central part of Yekaterinburg.

In parks, squares, cafes, museums, on the roofs of high-rise buildings, there will be 100 stages from which jazz, rock, classical, folk, electronic music and much more will sound.

Leonid Agutin has been appointed the headliner of the festival, which will meet the dawn together with residents and guests of the city as part of the "Daybreak" campaign.

It is already known that the musician will perform the song "A ray of golden sun".

The Dobrofest alternative music festival will take place near Yaroslavl on the territory of the Levtsovo airfield.

Three sites will house 90 groups from 40 regions of Russia and abroad.

Among the domestic performers are the groups "NAIV", "Slot", "Yorsh", "Cockroaches!", "Operation Plasticine".

and the British quartet Enter Shikari.

The 2021 event will be the 11th event in the history of Dobrofest.

A significant summer event in the capital is the Park Live festival, which will be held in two stages: from 8th to 11th, and then from 14th to 18th July.

It is primarily aimed at those listeners who are interested in foreign and Russian rock music in all its diversity.

Many popular bands are expected to perform at the event: The Offspring, Placebo, Gorillaz, The Killers, Sum 41 and others.

For fans of a heavier sound, the arrival of Sabaton and Slipknot may please.

Park Live often changes venues within Moscow, and in 2021, the Luzhniki Park will replace the Gorky Central Park.

A large-scale festival in the village of Lagunovo, Sarapulsky district of Udmurtia, will take place in the middle of summer.

The organizers offer a fairly diverse list of musicians, including the groups "Knyaz", "Spleen", "Aria", "Murakami", "Nerves", "Northern Fleet", "Crematorium" and more than fifty other performers.

As part of the festival, there will be a competition for young bands

18 groups will compete for the right to perform in front of the veterans of the scene, the group "NAIV".

A large festival "Invasion" is planned for the end of July - beginning of August, which includes both performances by musicians and events related to the field of theater and cinema.

At the moment, the bands "Splin", Lumen, Animal Jaz, "Alisa" and some others have been announced from the musical groups.

"Invasion" changed its location: if earlier "the main adventure of the summer" was based in the village of Bolshoye Zavidovo, Tver region, then in 2021 the festival moved to Serpukhov (Moscow region).

According to the organizers, the format of the event remains the same.

"Taman - the peninsula of freedom"

At the beginning of August in the south of Russia the Taman - Peninsula of Freedom festival will take place.

Participants and guests will be accommodated in the village of Golubitskaya on the shore of the Azov Sea.

In 2021, a large-scale rock festival also changed its location, moving from Tambov to Voronezh.

The format of the event remained the same: famous rock musicians play in the open air.

Among them are Sergey Bobunets, Vyacheslav Butusov, Grechka, the Underwood group, the Symphonic Cinema project.

The headliners of the festival are Bi-2.

At the end of summer, an event for fans of jazz music will be held in Koktebel.

The names of this year's participants will be announced later, earlier Larisa Dolina, Igor Sklyar, Khibla Gerzmava, the Moralny Kodeks group and other Russian and foreign performers performed on the KJP stages.

The festival has been held since 2003 (then it was called "Jazz Koktebel").

Shortly after the end of the event, another music show will take place: Rap Koktebel kicks off on 24 August.