Do you know the danger of cold hands?

A neurologist in Russia said that cold hands are always a sign of spasm of blood vessels in the body, as reported by "Russia Today." Lost you 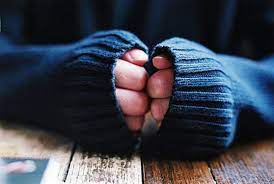 Do you know the danger of cold hands?

A neurologist in Russia said that cold hands are always a sign of vasospasm in the body, as mentioned by "Russia Today".

The electronic newspaper added that the Russian neurologist Pavel Khorshev explained during a television interview, that the cause of this spasm may be very diverse.

The body’s reaction to the coldness of the surrounding environment may be one of the causes, which is Raynaud's disease.

He added that this phenomenon could also mean the body's reaction to low blood pressure, or to medications.

And the doctor continued, "If the blood pressure drops for some reason, the patient’s body thinks that it is seriously losing blood somewhere. After that, a spasm appears in the vessels of the extremities to limit blood flow to them, that is, they are sacrificed temporarily. ".