Before the pandemic, director and film critic Stig Björkman traveled the world and interviewed some of the film world's big names. In Stina Gardell's Corona Film Club, his quarantine, loneliness and zoom conversations with the well-known film friends are depicted. 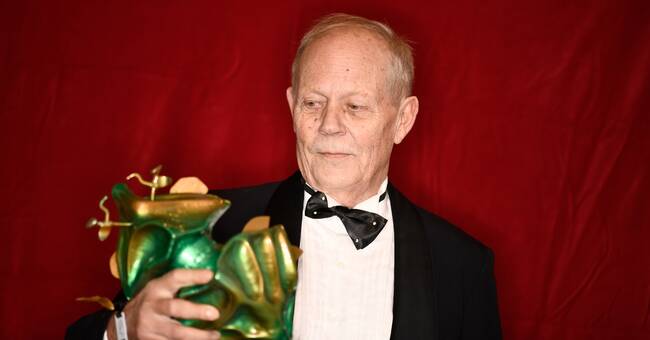 For the 82-year-old Stig Björkman, the pandemic became a new chapter.

Instead of being seen at film festivals, he had isolated conversations in his home with his well-known film friends Isabella Rosellini, Olivier Assayas, Alicia Vikander, and Vicky Krieps.

- Stina got this idea to make a film about an elderly person who is trapped in his apartment and has the film as his window to the world.

I was a little hesitant at first maybe, but I just felt okay, it must be what it will be, says Stig Björkman.

Despite his quarantine, Stig Björkman is doubly current with both Corona Film Club and the collection of essays The

The book consists of essays on everything from the Lumière brothers to Chloé Zhao and Céline Sciamma.

- It has been a bit of a rescue, partly to write this book that has taken place as if I had produced a film, watched it and rewritten it for maybe two days and then I took the next.

In the end, it has become a thick book of 800 pages that is now going to print, says Björkman.