VIDEO - The Voice: Mentissa and Jim Bauer let go a cappella on Europe 1

The candidates of &amp; quot; The Voice &amp; quot; &amp; nbsp; Mentissa and Jim Bauer were the guests of Anne Roumanoff and her band on the show &amp; quot; It feels good &amp; quot ;. As the semi-finals take place this Saturday, the two singers demonstrate their vocal abilities, without soundtrack or instrument. 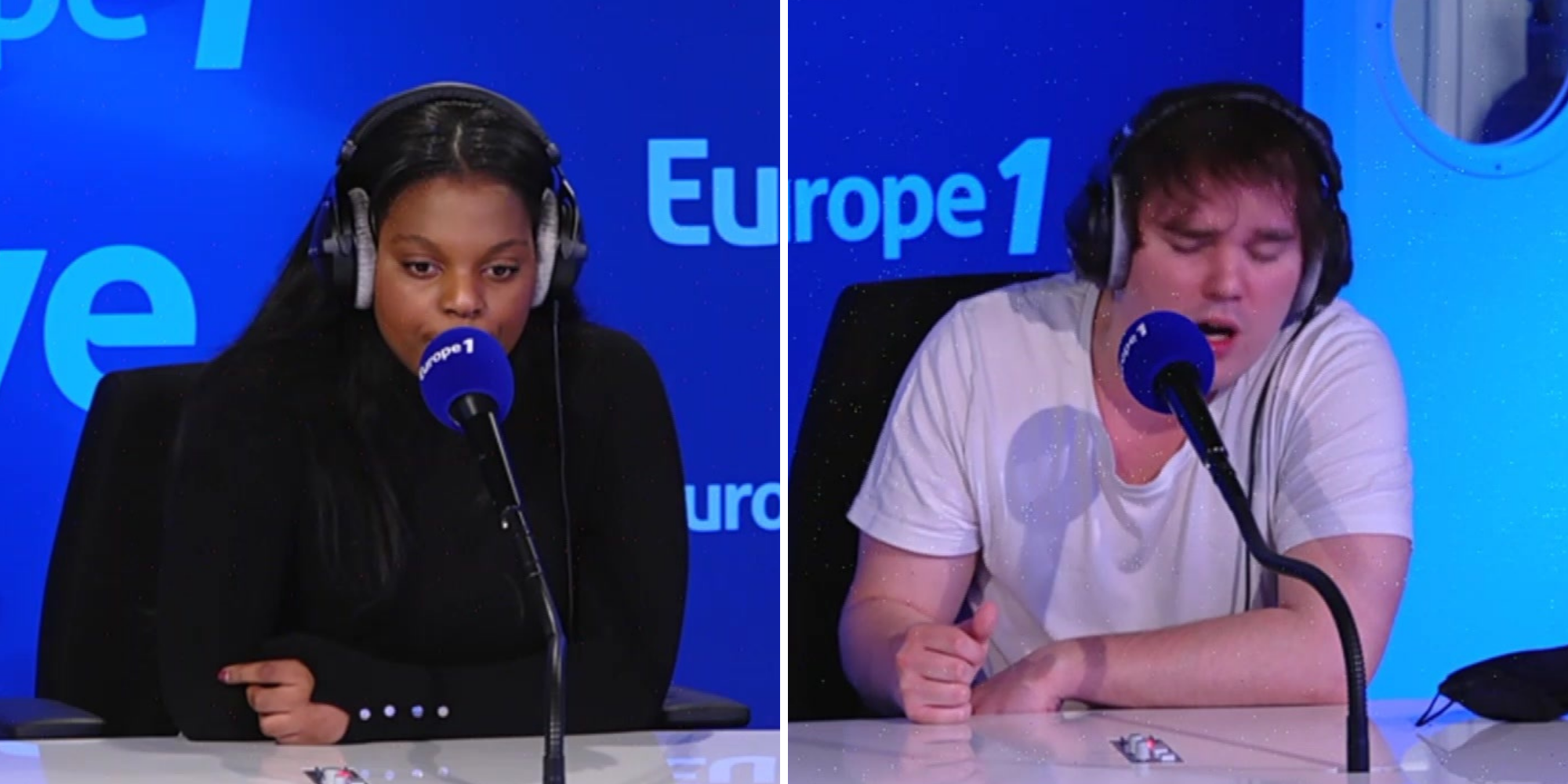 The candidates of "The Voice" Mentissa and Jim Bauer were the guests of Anne Roumanoff and her band in the program "It feels good".

As the semi-finals take place this Saturday, the two singers demonstrate their vocal abilities, without soundtrack or instrument.

Will the TF1 audience soon designate one of the two as having the most beautiful voice?

Two days before the live show where they will have to convince the public and viewers that they have their place in the final, the two singers were this week the guests of Anne Roumanoff and her columnists on the show

Each in turn, they demonstrated their vocal talents to us.

Neither has been warned, but the two music lovers cheerfully lend themselves to the exercise. Jim Bauer begins, a cappella, the classic of James Brown

. After hesitation, Mentissa chooses the title that allowed her to successfully pass the blind auditions of the show with the red armchairs:

A cappella performances all the more surprising since neither of them has ever taken singing lessons. “I was always self-taught. It was by listening to a lot of music that I started to reproduce what I heard, then to reproduce in my own way,” explains Mentissa. "I never took a course either," adds Jim Bauer. "But I gave some!" Mentissa and Jim Bauer will try to qualify for the final of

Saturday evening live on TF1 during a semi-final where they will be decided by the public.