Three questions on the possible lifting of patents on vaccines, pushed by the United States

In extraordinary circumstances, extraordinary measures. After India and South Africa, the United States are discussing with the WTO for the lifting of patents on vaccines against Covid-19. But is it feasible and really useful in solving the problem of mass production? Europe 1 presents the stakes of this measure which is the subject of debate. 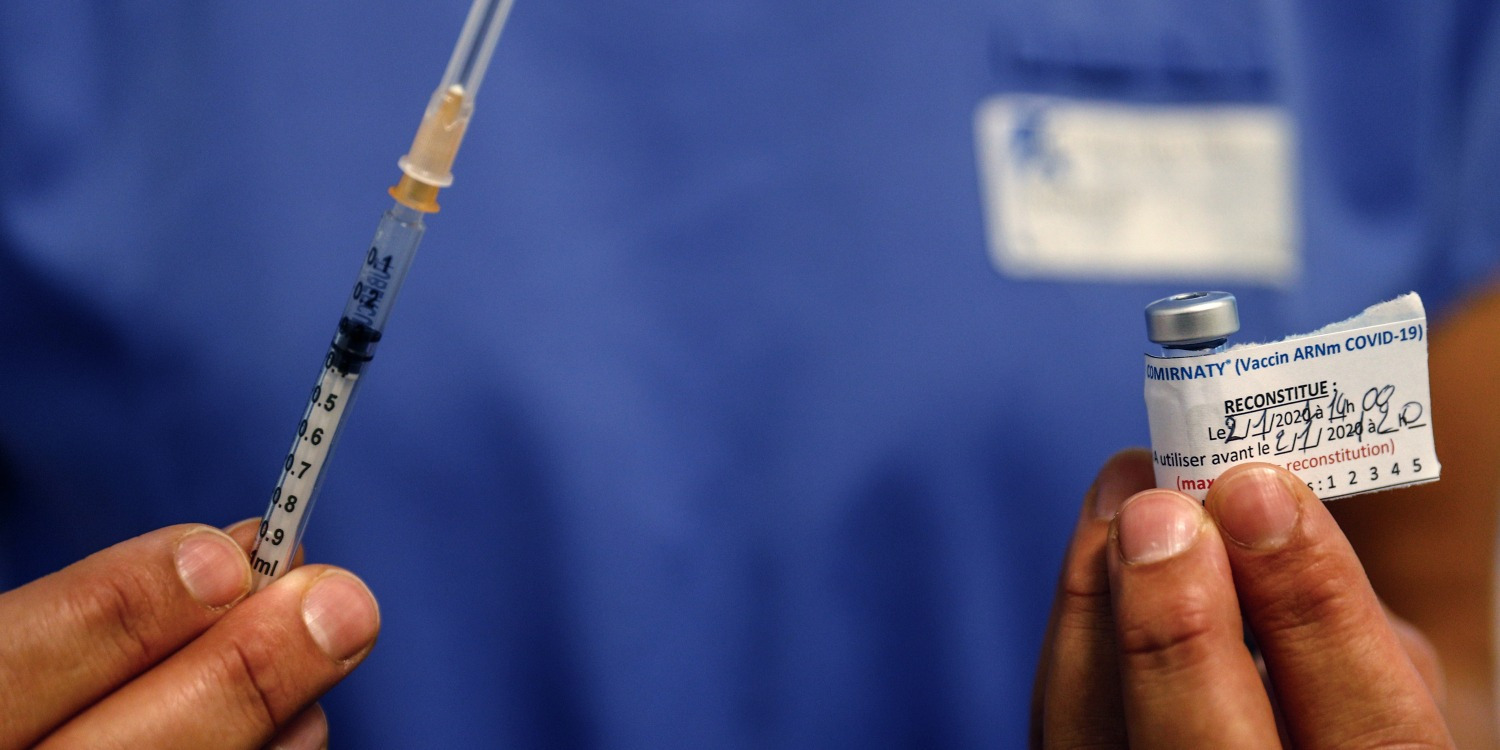 After India and South Africa, the United States are discussing with the WTO for the lifting of patents on vaccines against Covid-19.

But is it feasible and really useful in solving the problem of mass production?

Europe 1 presents the stakes of this measure which is the subject of debate.

To have more vaccines against the coronavirus, faster and cheaper, should we lift the patents of pharmaceutical companies and benefit all States?

The President of the United States, Joe Biden, spoke favorably on Wednesday for a suspension of these patents in the face of, he said, "extraordinary circumstances".

But what about the feasibility of such a measure?

Would it solve the problem of mass production of vaccines?

And how are laboratories and states reacting?

Europe 1 takes stock of this thorny issue which could be a game-changer at the global level.

What is at stake in patenting vaccines?

It should be understood that patents are the recipe for making the vaccine.

This patent belongs to the pharmaceutical laboratory which developed it.

Lifting these patents therefore amounts to forcing a laboratory to give its formula to all its competitors.

It may seem surprising but we must not forget that the research was partly subsidized by the States.

This announcement comes now, because while the vaccination campaign is accelerating in rich countries, it is stalling in poor countries.

The risk is therefore that new variants will develop there and then come to contaminate the vaccinated populations, a sort of boomerang effect that the idea of ​​lifting patents seeks to avoid.

Is it feasible and sufficient?

It is questionable whether a lifting of patents would really accelerate the global production of vaccines.

It is feasible at the level of the World Trade Organization (WTO): it would require the unanimity of the member countries who would negotiate the lifting of these patents with the laboratories in exchange for compensation.

But don't imagine that once the decision is made, vaccine vials will roll out of factories around the world in a snap.

Between technology transfer, certifications and controls, it will take at least 18 months.

If the decision is taken this summer within the WTO, the first doses will therefore be produced ... at the end of 2022.

"The essential brake on vaccine production is the lack of messenger RNA production infrastructure", confirms Frédéric Bizard, health economist, who is in favor of this lifting of patents for vaccines but considers it insufficient.

"We must therefore invest in infrastructure! If you take France, patents or no patents, it still has not considered it important to invest in messenger RNA production plants."

It is essential for France to have one, not only for this fight against the coronavirus but also for the fight against other pathologies and in particular cancer in the coming years.

How did the stakeholders react?

At the international level, the boss of the WTO "warmly welcomed" Thursday the positioning of the United States in favor of the lifting of patents. The European Union, through the voice of Ursula von der Leyen, for its part said it was ready to discuss this support, also welcomed by the African Union and the United Nations, as well as the World Organization of the United Nations. Health (WHO). At the state level, Emmanuel Macron said on Thursday that he was "completely in favor of intellectual property being lifted", like Russia.

But the measure is not unanimous everywhere: Switzerland, where the pharmaceutical industry has weight, claimed to have "taken note" of US support but considers that this lifting of patents would not change anything for "fair access. , affordable and rapid to vaccines ". In Germany, Angela Merkel's government has also expressed reservations - even disapproval - on this measure, arguing that patents must continue to be "protected". It must be said that BioNTech and CureVac, two German laboratories, are part of the vaccine manufacturing structure.

Concerning laboratories precisely, BioNTech estimated that this lifting of patents would have no effects in the short and medium term, while the CEO of the Pfizer laboratory, Albert Bourla, is "not at all" in favor of a suspension of patents, even temporary. The International Federation of the Pharmaceutical Industry (IFPMA) for its part considered "disappointing" the decision of the United States. The debate therefore seems set to go on.