The US Pentagon tracks a large Chinese rocket that is out of control and will return to Earth's atmosphere this weekend, raising concerns about the ... 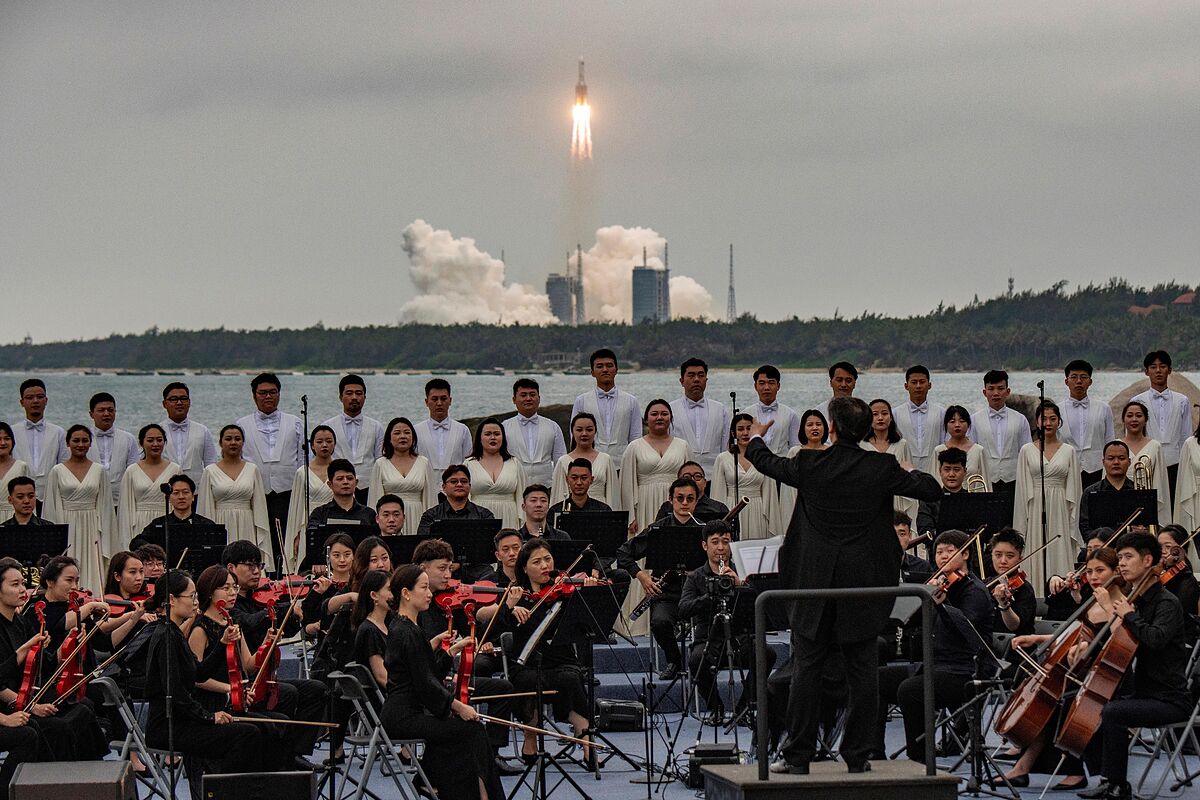 The US Pentagon tracks a

large Chinese rocket that is out of control

and will return to Earth's atmosphere this weekend, raising concerns about where its debris might hit.

According to US media reports, the Chinese

rocket is expected to

enter Earth's atmosphere "around May 8," according to a statement from Defense Department spokesman Mike Howard, who said the United States Space Command United is tracking the trajectory of the rocket.

The rocket's "exact entry point into Earth's atmosphere" cannot be identified for a few hours, when it re-enters, Howard said.

The 18th US Space Control Squadron will provide

on the rocket's location via the Space Track website, the media added.

The Chinese used the rocket to launch part of their

While most space debris objects burn in the atmosphere, the rocket's size, 22 tons, has raised concern that some of its larger pieces could re-enter the atmosphere and

cause damage if they hit inhabited areas

However, Jonathan McDowell, an expert at the Harvard University Center for Astrophysics, clarified to CNN that the situation "is not the end of days."

"I don't think people should take precautions. The risk of someone being hurt or hitting is quite small. It's not negligible, it could happen, but

the risk of them hitting you is incredibly small

. I wouldn't waste a second sleep because of this as a personal threat, "he told the chain.

McDowell explained that pinpointing where the debris might be heading is nearly impossible at this point due to the speed at which the rocket is traveling.

the ocean remains the safest bet

on where the debris will land, he said, just because it takes up most of the Earth's surface.

"If you want to bet where something will land on Earth, bet on the Pacific, because the Pacific is the largest part of Earth. It's that simple," McDowell said.

This event comes after China launched the

first module of its

last Thursday morning from the Wenchang launch center on the southern island of Hainan, according to the National Space Administration of China.

China's space station will not launch all at once;

It will be assembled from various modules to be shipped at different times and will be fully operational by the end of 2022.