Cintora's program on TVE: banned from the beginning by the squad and an end announced

Borrowing the phrase from Gabriel García Márquez, there was never a death more announced than that of Las cosas clear on TVE. The program, which has only been in the air for six months, ... 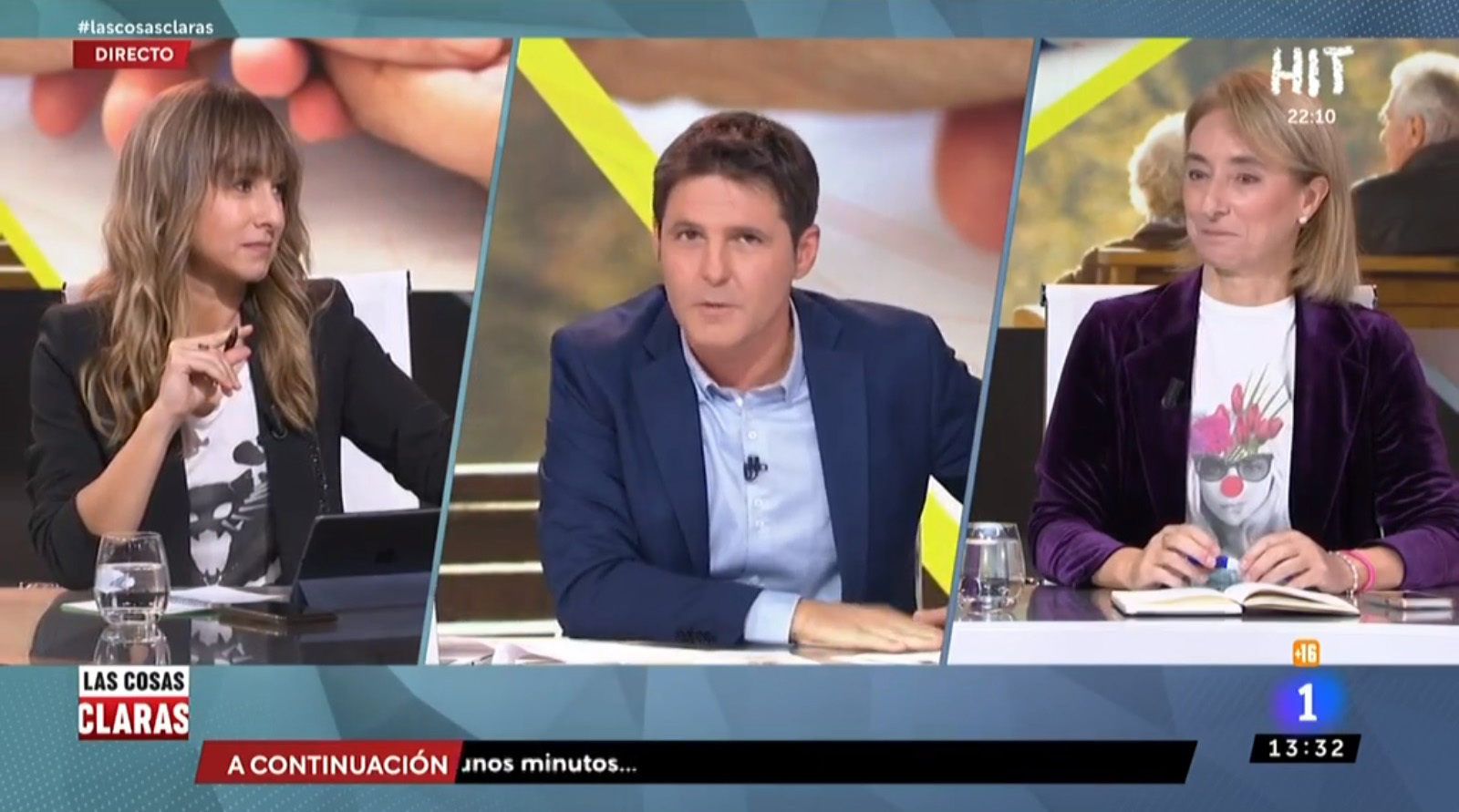 Borrowing the phrase from

there was never a death more announced than that of

The program, which has only been broadcast for six months, has the days counted in the programming of La 1 after the poor reception in November 2020 by the entity's staff, the controversies that have surrounded it during this time and the change in the public address that has already warned that its intention is to exclude the "infoshow" from its entire grid.

and his program was already complex because he did not have the support of the workforce in November, six months later, some qualifiers used by RTVE workers consulted by EL MUNDO are

for refer to this space.

The same atmosphere of the writing of the public was expressed in Congress on Thursday by the president, José Manuel Pérez Tornero, during his appearance in the mixed commission: “It is a general feeling of all the professionals in the house that

, and less in the public television ».

A message without citing programs, but direct to the floating zone of Cintora's.

on TVE was already surrounded by controversy because it

despite the fact that the legislation for state radio and television states that it cannot "cede the production and editing of information programs to third parties."

Just what happened in this case and that raised the voice of dozens of journalists of the chain, with Xabier Fortes, relegated to 24 hours in the change of programming, at the head.

An instant of the political gathering of 'Clear things' RTVE

"If the segment from 8 to 15 hours, with informative content, on TVE has been completely outsourced, let the protest of its professionals not surprise, to which I join," said the Galician on November 16 about the decision of that the co-producer, founded by

, was to produce the political gathering of La 1. "I don't question the category of those who run it at all, but not like that," he concluded.

If this was the beginning, the subsequent months have not helped calm the spirits in the TVE staff. The program, which has also been accused of being biased and partisan, has left several controversies along the way that, far from tempering spirits, has fueled them. The

format of the gatherings, errors in the translations or coverage chasing politicians

"The same in private TV you can do this type of thing, but in public, with everyone's money, they are not admissible in any way", agree several sources of the entity asked by this newspaper. Along the lines of these internal criticisms, several recognizable faces of RTVE, such as

were even publicly expressed

«I just didn't see this on public television. I will be old, "Sala said last March when a reporter from the space persecuted former Prime Minister

a day before declaring in the National Court for the

That moment marked a before and after in the program, which in its half a year of life has also accumulated criticism for replacing the word Spain with Madrid in a sign when an English tourist made reference to the few measures against Covid in our country or for an interactive graphic about illegal parties in the capital.

Criticisms that have come especially from the parliamentary groups of PP, Vox and Ciudadanos for "manipulation" in the program and its "affinity" with Podemos.

Tweet of the program during the persecution of RajoyE.

In addition, the audiences have not helped a program that supposes some 60,000 euros of expenses per broadcast to the coffers of public television.

The screen share of the Cintora space does not reach 8%, even below the average of La 1 (8.3%), which has been setting historical lows for three months, and also dragging the low audiences of Ana Blanco's Telediario , which presents its worst figures since the measurements exist.

In the same timeframe, the final section of

on Telecinco oscillate at 15%, almost double that of the public gathering, while, in La Sexta, Antonio García Ferreras with

It is all these conditions and the new presidency in the public body that have led to the sentencing of Jesús Cintora's program. "It is a fact that this format cannot be done on public television," comment the sources consulted by this newspaper in line with what Pérez Tornero also said on Thursday: "The journalism that TVE must do is public, valuable, inform with depth.

Everything that is banalization, show and scandal should not be in any part of RTVE

At this point it only remains for the decision to be notified to those responsible for the program once the date for the end of its broadcasts has been signed.

A decision that could be executed in the middle of this month of May when the meeting of the new Board of Directors of RTVE takes place, which will have to address different fronts in this regard such as the format of the morning program or the low audience rates.

The live reproach of Toni Cantó to TVE: "This house is no longer a neutral space and that is why it has the worst audience data"