Saudi Arabia has frozen its fruit and vegetable imports from Lebanon after more than five million Captagon pills were found hidden in pomegranate. The smuggling of ... 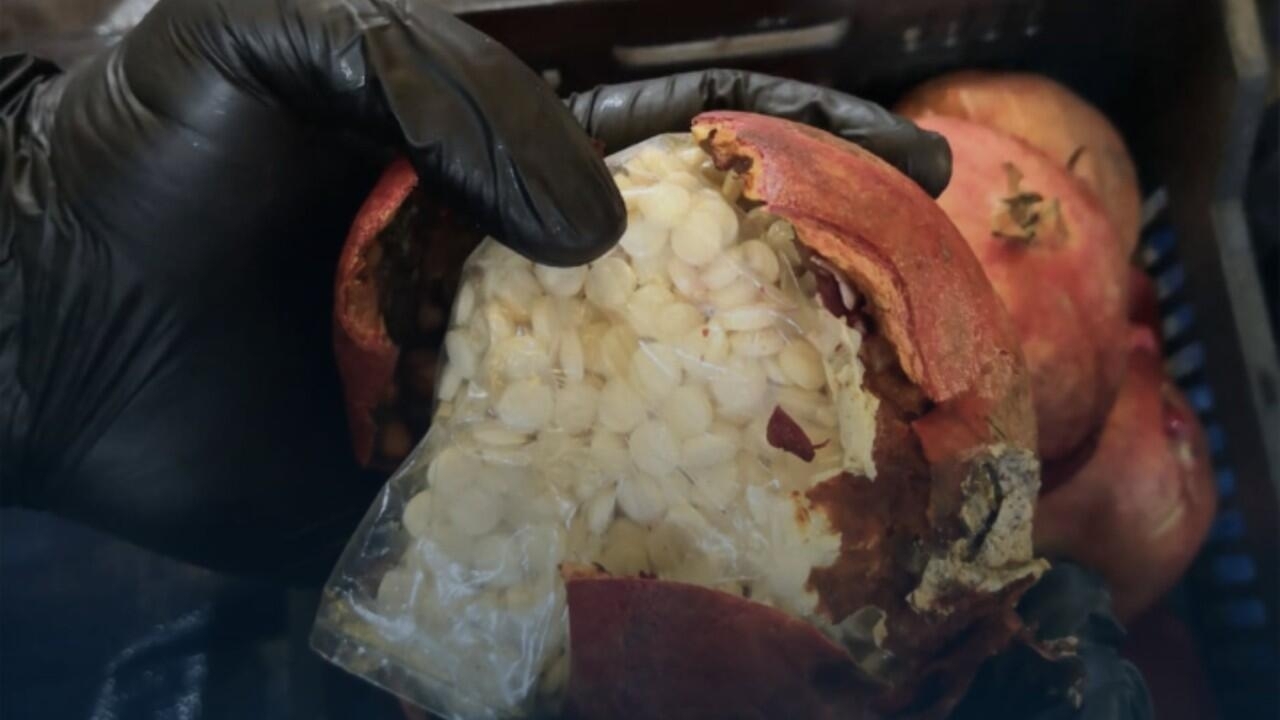 Another blow of the club.

In a Lebanon which is going through the worst economic, social and political crisis in its history, the Saudi decision to suspend imports of Lebanese fruits and vegetables has dealt a heavy blow to the country's farmers.

This embargo, which came into force on April 25, after Saudi customs seized more than five million pills of Captagon (an amphetamine-based psychotropic drug) hidden in crates of grenades from Lebanon, has shaken up an economy degraded.

Threat to the agricultural sector

Since then, Lebanese farmers fear that such a decision could deal the final blow to an already suffering sector.

According to figures published by the farmers' union, Lebanon exports 55.4% of its production to the Gulf States every year.

The country exported $ 29.3 million worth of fruits and vegetables to Saudi Arabia in 2020, according to the Lebanese Customs website.

Kuwait, Bahrain, the Sultanate of Oman and the United Arab Emirates have expressed their support for Riyadh, but without announcing the implementation of similar measures.

Otherwise, Lebanese farmers risk a lot, at a time when the dollar, on which they are dependent, is almost nowhere to be found in the country.

The inability of the Lebanese authorities to establish effective customs controls

The case also revives the debate on cross-border smuggling passing through Lebanon and the need to strengthen controls. The President of the Republic, Michel Aoun, held a meeting on April 26, at the end of which he called on Saudi Arabia to reverse its decision and proclaimed its determination to strengthen the fight against illegal trade. Lebanese security forces have announced several raids in recent days. Police said they seized equipment intended for the manufacture of Captagon in Baalbeck last weekend. Four people linked to a fictitious company that brought the grenades into Lebanon were also arrested.

According to the first elements of the customs investigation, quoted by the Lebanese daily L'Orient-Le Jour, the shipment of pomegranates truffled with Captagon had been introduced into Lebanon from Syria before being re-exported to the Wahhabi kingdom.

Smuggling between Lebanon and Syria has been particularly active in recent months, and takes advantage of the lack of strict control over border posts as well as the presence of many illegal crossing points.

Fruits arrived in trucks from Syria

Ibrahim Tarchichi, president of the gathering of farmers and peasants of the Bekaa, explains that Lebanon is not a producer of pomegranates.

"It is not the season for pomegranates here and it is not a fruit that we normally export, he says. These fruits were imported into Lebanon by a fictitious company. They arrived from Syria on January 26th. 2020, aboard trucks entered through the Masnaa passage ".

"The fruits were then stored in a depot in the Bekaa before ending up at the port of Beirut. I think the drugs were already concealed inside the pomegranates before they arrived in Lebanon. Unfortunately, it is the Lebanese farmers who pay the price for this traffic, ”he laments.

For Marwan Hamadé, former minister and resigning deputy, the involvement of Damascus's allies in the country is not in doubt.

A fervent opponent of the Syrian regime, he recalls that the Shiite Hezbollah party has been singled out several times in the trafficking of Captagon in the region and that the Saudi embargo could be a warning addressed to the country of the Cedars.

"The trafficking of narcotics and drugs has become one of the main sources of income for the Shiite party, since Iran no longer has the means to finance it", indicates Marwan Hamadé.

"In the case of trafficking to Saudi Arabia, this is political targeting. Trafficking and exporting to selected destinations is part of Hezbollah's general offensive," he continues.

"The Saudis are not complaining only about the Captagon, but about Hezbollah radios and televisions which operate in the southern suburbs of Beirut and which transmit via Russian satellites towards Yemen and Bahrain", affirms Marwan Hamadé, which warns against Lebanon's gradual isolation from the international community "if the country continues to ignore the gravity of the situation".