NASA and the SpaceX company successfully launched this Friday from Cape Canaveral (USA) the second manned commercial mission to the International Space Station (ISS) with ... 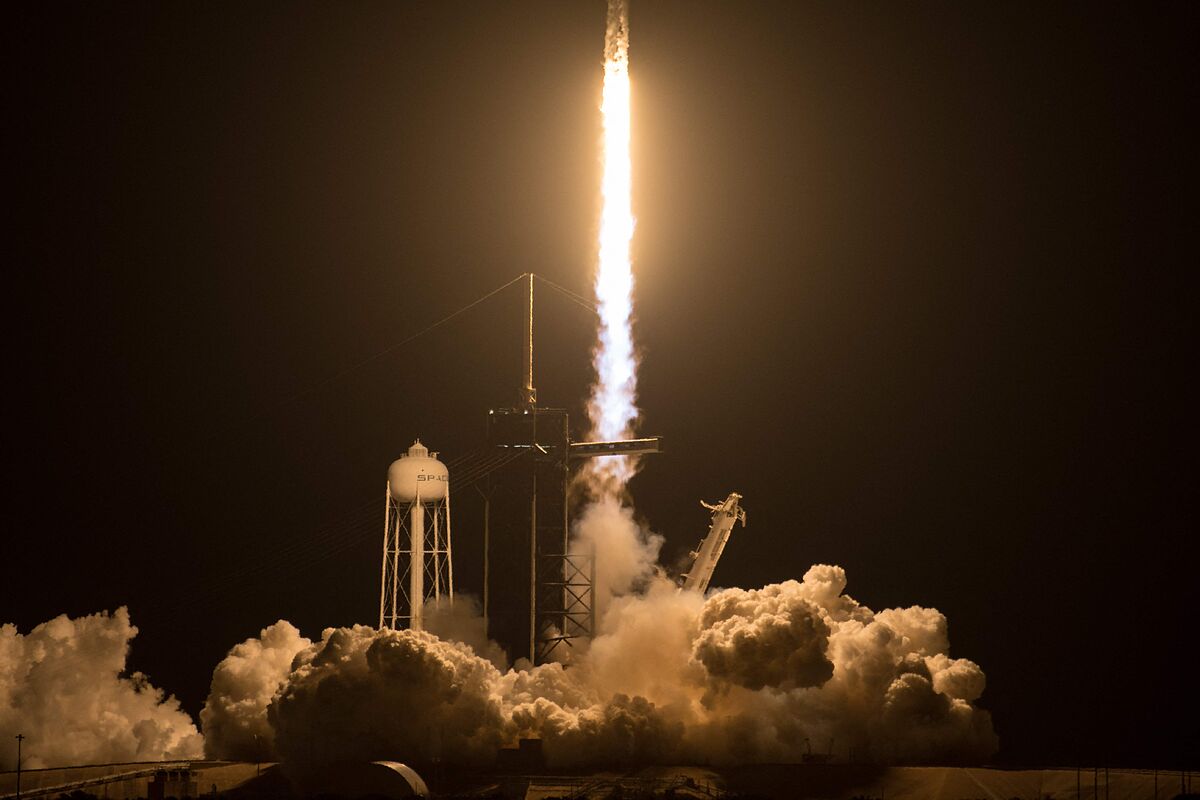 who will relieve the first, sent last November. .

took off at around 5.53 a.m. local time (9.53 GMT) from the Kennedy Space Center to take a Dragon capsule from the same company into space to that microgravity laboratory where seven other astronauts await them.

On board are the American astronauts of NASA

, as well as the Japanese

, of the JAXA space agency, and the French

, of the European Space Agency (ESA, in English).

It is the first time in more than 20 years that a team from NASA, ESA and JAXA have flown together.

The rocket propellant, visibly dirty as it had already been used last November for the launch of the SpceX Crew-1 to the ISS, landed about nine and a half minutes later on the "Of course I still love you" offshore platform in the Ocean. Atlantic after detaching from the second stage of the Falcon 9 rocket.

and the Dragon capsule used today had already been used in missions to the ISS.

This reuse, to lower costs, is key to the partnership between Elon Musk and NASA to multiply flights to the ISS to advance scientific experiments and future missions to the Moon and Mars.

Minutes after the landing of the propellant, the Dragon capsule separated from the second stage and is already traveling on its own, reported NASA in its transmission of the takeoff that began four hours before launch.

The US federal agency expects the capsule to dock with the space station at approximately 05.10 local time (09.10 GMT) on Saturday.

This is the second of at least six missions that SpaceX will carry out to the ISS under a $ 2.6 billion contract signed with NASA in 2014.