The production company behind Paradise Hotel: "Everything is documented and followed in real time"

A preliminary investigation has been launched against the man accused of abusing two female participants in the reality soap Paradise hotel. But even the production company Mastiff, which is behind Paradise Hotel, may have committed crimes, says criminal lawyer Dennis Martinsson. - It can be a criminal offense not to intervene if you know that a crime is ongoing or is taking place. 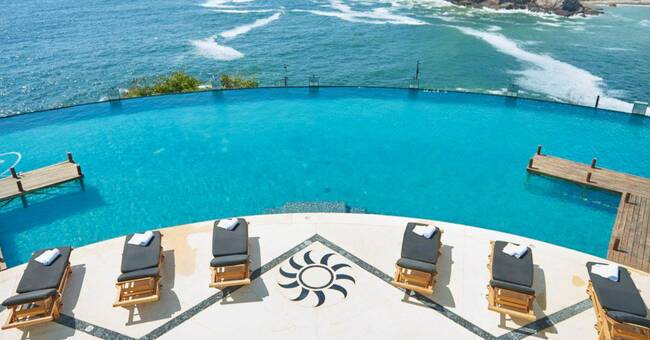 The abuse allegedly took place last autumn when Paradise hotel was recorded at a hotel in Mexico.

The male participant was sent home from the recording after a few days for repeated "rule violations".

But according to the women, no one from the production intervened directly at the time when the suspected abuses took place.

This is despite the fact that the recording is followed in real time by several employees from the production company Mastiff, according to information to Kulturnyheterna.

These are editors and in some cases producers, but also other staff.

At night, the monitors must be monitored by night guards.

That the production always follows the recording is confirmed by Mastiff's CEO Matilda Sjöwall in an email to Kulturnyheterna.

She writes that "everything is documented and followed in real time".

It can be a criminal offense not to intervene

If the production company has witnessed the suspected abuses in real time without intervening, they may have committed a crime, says Dennis Martinsson, PhD in criminal law at Stockholm University.

Something Svenska Dagbladet previously reported on.

- The person or persons who sat and watched this in real time may have been guilty of failure to detect or prevent crime.

Precisely for the crime of rape, which it could possibly be about here, it is punishable, says Dennis Martinsson.

Choosing not to intervene in a crime such as rape can result in up to two years in prison, says Dennis Martinsson.

- What should have been done here is simply that you should have gone in and interrupted when you saw what was about to happen.

This is something you have to take a closer look at if a preliminary investigation is started.

Mastiff: Contributes information to the police

Dennis Martinsson is critical of the fact that the production company Mastiff has since been sitting on the TV material from the events for several months without making a police report.

- It is not directly a criminal law.

But from an ethical and moral perspective, it is remarkable that they knew that this was recorded but then did nothing for six months.

It appears to be very careless, especially towards those people who have been exposed to potential abuse.

Mastiff's CEO Matilda Sjöwall does not want to comment on whether the company may have committed a crime by not intervening on the spot.

She responds in an email to Kulturnyheterna:

“Right now we are fully focused on our participants and the internal work, both in terms of the current event but also for the future. In addition, we work to produce all uncut material for a future police investigation so they can form a complete picture of what happened, as what you say is all documented and followed in real time. As for possible prosecution, it is up to the police. We concentrate on contributing with the information that the police request. ”