Let's imagine a wind turbine without blades. Just a cylinder, which suddenly starts to vibrate when it resonates. Well, it turns out that wind, like water, generates ... 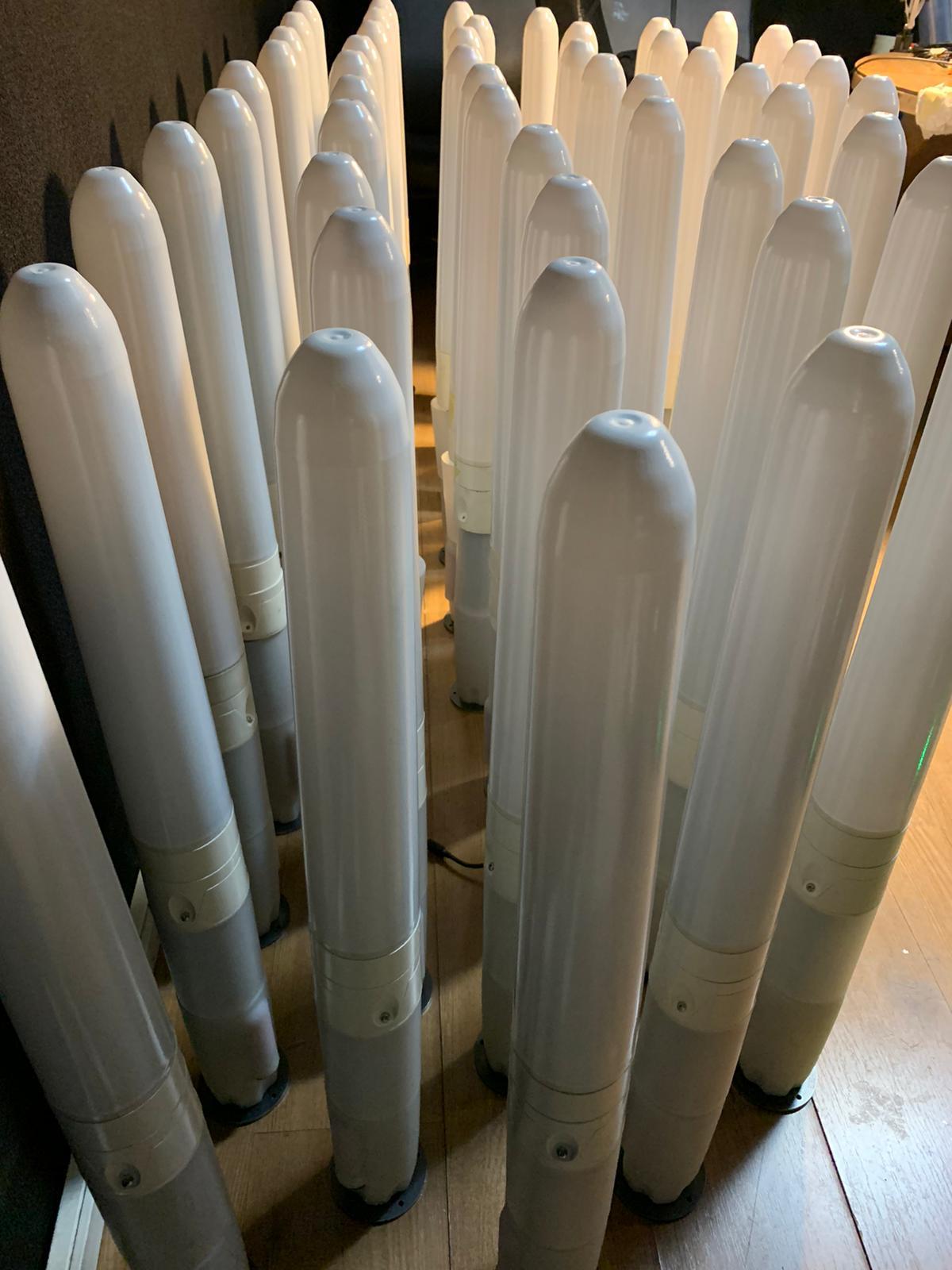 Just a cylinder, which suddenly starts to vibrate when it resonates.

Mitigating this phenomenon, known as "vortex-induced vibration" (VIV), has always been one of the great engineering challenges.

But now it turns out that it can be used, precisely to generate energy.

Since he studied at the Valladolid School of Engineering,

(44 years old), has been thinking about how to "maximize this aerodynamic instability and capture the energy contained in it". His idea had something of a quixotic challenge to the giant blades of wind mills (although deep down there is a deep admirer of "the technology and beauty" of conventional wind turbines).

Against all odds, seven years ago he decided to dedicate himself to the arduous company with

As can be seen, the pull of the "made in Spain" invention has crossed our borders and has reached the pages of The Guardian, which has renamed it the

We have found the name very funny, but we think it's great if it serves to capture people's imagination

and illustrate how this technology works," admits David Yáñez.

"I am the first surprised by the fact that there have been no further attempts to take advantage of this phenomenon, vortex shedding, so well known to engineering so far."

Yáñez usually resorts to the example of the soprano who adjusts the tone of her voice to the resonance frequency of a crystal glass, until it begins to vibrate and breaks at its moment of maximum oscillation.

In the same way, the Vortex Bladeless wind turbine

resonates with the wind and begins to oscillate.

The structure is built with carbon fiber reinforced resin.

The secret is really inside, designed to convert mechanical energy into electrical energy through a system of alternators (with coils and magnets adapted to the dynamics of the equipment, without gears, shafts or displacements).

"The technology is still immature and this may be our critical year,"

"But there is a growing interest in micro-wind energy in homes and in urban spaces, and that is where our technology can fit in. From the beginning we understood that nobody wants to go up on the roof to change parts, and in that sense we aspire to make it a A device as practical as solar panels. And to a certain extent complementary, since it could work at night and serve, for example, to recharge the car battery ".

Curiously, the greatest interest in the possibilities of the new technology is coming lately from the industrial side, and for its possible application for offshore wind, given the simplicity of the cylinders that would lower maintenance costs.

In fact, the company is considering

the possibility of manufacturing them in four sizes:

the 85-centimeter Vortex Nano (the "toy" that has already been sent to various parts of the world as a trial run and demonstration); the 2.75 meter Vortex Tacoma (best suited for rooftops); the Vortex Atlantis of 9 meters and two kilowatts (for intermediate distributed energy solutions) and the Vortex Goliath, which could reach 140 meters in height and a megawatt of power.

Taking into account that the wind giants in marine parks already reach 12 megawatts, we asked Yáñez if bladeless turbines are a real alternative. "We will never be able to compete in generated power because the" swept "area is much smaller, but we do have a great advantage in reducing costs," warns the founder of Vortex Bladeless, with six workers driving the wind power plant.

"By not having blades, we are not limited by the" wake effect "and there

could be a higher density of" mills "in the same space,

" adds Yáñez. "The ecological impact is also less, by generating practically no noise (or doing it at a frequency almost undetectable to the human ear) or posing a risk to the flight of migratory birds ... But we do not aspire to compete with traditional wind farms , which at the end of the day were the outpost -after hydraulics- of renewable energies ".

Yáñez is convinced that in the coming years we will witness a "micro-wind" energy revolution, as a counterpoint to the "pharaonic projects" that are currently underway both at sea and on land.

"We have to be able to take advantage of the wind in cities, and do it with the least possible visual and environmental impact

says the inventor of the bladeless mill.

"I think there is a window open to this type of technology, which has been developing for a short time. Although everything evolves so quickly in the field of energy that there is always a risk of being late."

The bear returns to the Pyrenees: a birth boom raises the population to its highest level in a century