The point displayed by the system does not exist? Why is the power bank easy to borrow and hard to return

Most of the points displayed by the system do not exist. Quick green power bank is easy to borrow and difficult to return? The location of the "Xiaochuanwang Hotel" store displayed by the WeChat applet of Quickgreen Charging is actually a small park   When the mobile phone is out of power when going out, many people choose to share the power bank for emergency. But recently, Mr. Wang, a citize 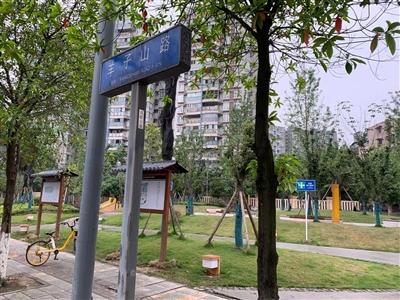 Most of the points displayed by the system do not exist. Quick green power bank is easy to borrow and difficult to return?

When the mobile phone is out of power when going out, many people choose to share the power bank for emergency.

But recently, Mr. Wang, a citizen of Chengdu, has encountered the embarrassment of sharing a power bank that is “easy to borrow but difficult to repay”.

According to Mr. Wang, at 2 pm on April 17, because he was anxious to go out and did not charge his mobile phone, he rented a Super Green shared power bank from a store near Vientiane City, but when he arrived near the Yangxi Interchange, Quick Green Charging The returnable points displayed on the WeChat applet do not exist.

In the end, in order not to delay more time, Mr. Wang returned the power bank after returning to Vientiane City, and finally paid 12 yuan.

"My normal use time is actually only 1 hour. According to the charging rules of the Super Green Power Bank, I only need to pay 4 yuan." Mr. Wang said, after charging for 1 hour, the battery level of the mobile phone has reached 85%. Enough for normal use.

But because of the difficulty of returning, he paid an extra 8 yuan.

Does the situation reflected by Mr. Wang prevail?

Who should pay for the overpayment due to the inaccuracy of the returnable points?

On April 19, the reporter visited.

The system shows that all 4 nearby points do not exist

At around 10:35 am on the 19th, the reporter used the Quick Green Charging WeChat applet to search for nearby stores in Yangzishan Road, Chenghua District, Chengdu. The applet showed the location of 4 stores, and the nearest store was only 35 meters away from the location. .

In the "Chaoyang Life Plaza" store near the "Xiaochuanwang Hotel" store, although there are restaurants, no fast green shared charging treasure was found in the store.

Strangely, at about 6:50 pm on the 19th, when the reporter searched for nearby stores again through the WeChat Mini Program of Quick Green Charging, the mini program no longer showed the "Chaoyang Life Plaza" store.

And the two stores near Huayu·Sunshine Four Seasons, "Meet the Old Hot Pot in Shancheng Again" and "Huang Boiling Red Hot Pot", show the location of the "Meet Again Shancheng Old Hot Pot" store. No existence of the store has been found, nor on the scene. Hot pot restaurant.

"Huang boiling red hot pot outside the pendulum" shows that the address is No. 8 Yangzishan Road, Chenghua District, but the address is actually the gate of Huayu·Sunshine Four Seasons Community, and the store has not been found on the left side and on the opposite side of the gate.

Afterwards, the reporter searched one by one according to the points displayed on the mini program, and finally rented the Super Green shared power bank at the Niu Baobei special beef donkey meat mushroom soup store on the 2nd floor of Xin Street, Beicheng.

However, at the Second City Hospital Station, according to the WeChat Mini Program of Speed ​​Green Charging, there is no point nearby that can be returned. The nearest point is "Hongyuan Jianghu Brotherhood", which is 743 meters away from the reporter.

At the same time, there are three nearby stores shown in the mini program, "Hongyuan Jianghu Brotherhood", one shows "rentable and returnable", and the other two display "rentable, non-returnable". The addresses of these three locations are No. 92, Feng'an Road, Anjing Town, Pidu District, Chengdu, is not in line with the actual situation.

When trying to find a returnable store, the reporter found that the addresses displayed at many points are quite different from the actual ones.

For example, when searching for nearby stores, one of the stores "Qingjiang Dongtian Style" shows only 844 meters away from the location, but the displayed address is Bangtai International Community, Sansu Road, Shizhong District, Leshan City, but when you click on the navigation, the point is located Near Duyuan Street, Jinjiang District, Chengdu.

The reporter followed the navigation and did not find the store either.

After many searches, the reporter finally successfully returned the Speedgreen shared power bank at a store on the fourth section of Hongxing Road.

The whole use time is 1 hour and 28 minutes, and it costs 6 yuan in total.

Compared with the shared power bank that was rented at the same time, it took nearly an hour more to find the return point.

According to the charging rules of Speed ​​Green Power Bank, this part of the fee needs to be paid 4 yuan.

On the Black Cat consumer service platform, some citizens have made similar complaints.

An anonymous netizen complained on March 24, 2021: “The returned information displayed by the store is all false information. When the return point is reached, the power bank cannot be returned.”

You can call the customer service hotline for help

On the afternoon of the 19th, the reporter contacted the human customer service of Hainan Palm Energy Technology Co., Ltd., the main company of the Super Green Shared Power Bank business, according to the reporter's description, the customer service staff refunded the expenses incurred when the reporter was looking for the return point. .

As for the reason why the store information displayed on the WeChat applet of Quick Green Charging is wrong, the staff member did not answer.

At the same time, the staff member said that if the user encounters a similar situation again, he can call the customer service number 400-051-9000, and the staff member will lead to the accurate return store.

The loss caused should be borne by the power bank company

Guo Gang, a lawyer from Sichuan Fangce Law Firm, believes that the relationship between consumers and shared power bank companies is a lease contract relationship. Although no written content is signed for the convenience of the transaction, the company should still perform related contractual obligations in good faith.

In the event of a dispute, consumers can file an administrative complaint, or require the agencies and related organizations specified by the law to file a targeted public interest lawsuit in the people’s court in accordance with Article 55 of the Civil Procedure Law of the People’s Republic of China.

Han Fang, a lawyer at Taihetai Law Firm, said that when consumers use shared power banks, such as returning the power bank for longer than normal, consumers can complain through the market supervision department or dial 12315.

At the same time, the reporter dialed the 12315 consumer complaint hotline and learned that the user can make a complaint through the consumer rights protection platform for the error in the return point information of the power bank, and the staff will forward it to the relevant department for verification based on the content of the complaint. And processing.