The Great Depp, Wrathful Stateham: Which Movies Are Releasing This Week

On Thursday, the Russian premiere of Guy Ritchie's action movie Human Wrath starring Jason Statham will take place. Also among the bright foreign releases - the story of the photographer Eugene Smith, played by Johnny Depp ("The Great") and the drama about a married couple "Vicious Liaison". Russian cinema is represented by the comedy Love and Monsters, the author's mystical thriller The Long Way Home, and the film Moscow Does Not Exist, filmed in several genres at once. 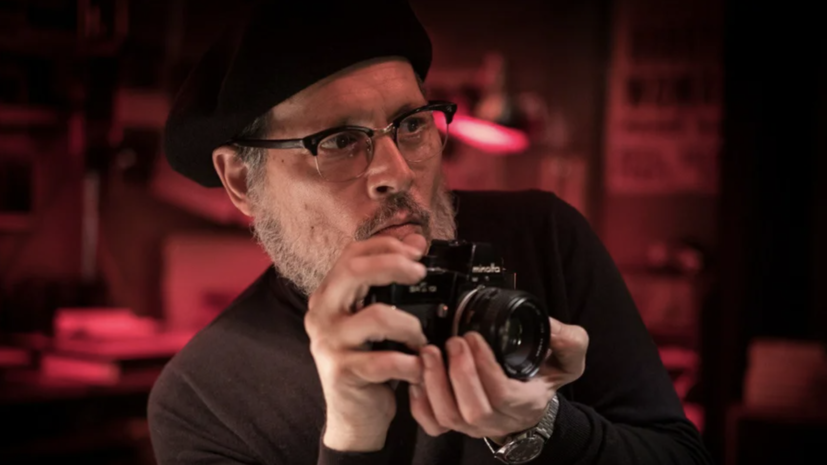 Guy Ritchie's Human Wrath is a remake of the 2004 French film The Collector.

In the center of the plot - the hero of Jason Stateham H, a new employee of the collection company.

He comes to the place of a colleague who died in a raid on one of the cars.

Contrary to the instructions, the hero does not follow the lead of the criminals, but gives them a rebuff.

It turns out that he is not who he claims to be, and got a job in the company for revenge.

This tape is very different from the director's past works.

It lacks the usual humor, quick editing and other features characteristic of Guy Ritchie's paintings.

According to the director, he strove to make the most realistic film, and therefore decided to practically not rehearse the battle scenes - it was assumed that they would develop "in a natural, believable way."

“We wanted to show how people could behave in a real situation, and not demonstrate another fantasy of a professional director on a given topic,” said Richie.

Daniele Luchetti's film opened the Venice Film Festival in 2020, and it was the first time in 11 years that the show began with an Italian-made tape.

In addition, there is a mystery in the film, which is not revealed until the very end, ”- this is how the director of the festival, Alberto Barbera, described the picture.

He also noted that this tape is a good example of the trend for quality cinema that has emerged in Italy in recent years.

The film, based on the book by Domenico Starnone, begins in Naples in the 1980s.

Aldo and Wanda's marriage is threatened when a man becomes involved with another girl.

30 years later, the couple are still married, but they have gone through many difficulties.

"Moscow does not exist"

Journalist Lev Ryzhkov worked on scripts for documentary projects for the RTD TV channel, and later decided to turn to feature films.

In an interview with the Kultura newspaper, Fedorov stressed that the film combines several genres: farce, mystical thriller and fantasy.

The main character, a handyman Lyokha, lives in a small town called Uletnoye.

His difficult life becomes extremely confusing when he spoils relations with local gangsters, and even falls in love with journalist Masha.

Together they try to leave for Moscow, but it turns out that there are no tickets there (perhaps there is no Moscow proper), and the reality around them is not at all what it seemed at first glance.

The film premiered at the Moscow International Film Festival as part of the Spectrum program in the fall of 2020.

The plot of the new film by Andrew Levitas is based on real events described in the book "Minamata" by Eileen Myoko Smith and Eugene Smith.

In 1971, Smith, a famous war photographer, traveled to the Japanese fishing village of Minamata to investigate the poisoning of residents.

It turns out that the health of the locals is in danger due to the plant that pollutes the river, and the authorities do not want to intervene in the situation.

Smith decides to tell this story to the whole world.

The role of the photographer was played by Johnny Depp.

Variety columnist Peter Debrugge notes that the actor is almost unrecognizable in makeup, and compares his new work to Raoul Duke in Fear and Loathing in Las Vegas, which was inspired by gonzo journalist Hunter Stockton Thompson.

The film was part of the out-of-competition program of the Berlinale Special in 2020.

The name of the Russian-made comedy coincided with the title of an American post-apocalyptic action movie.

In both films, love and monsters are really present, as well as a specific humor.

According to the plot of the Russian tape, policeman Yuri Skvortsov comes on vacation to Bulgaria.

However, the rest is overshadowed by the appearance at the resort of toothy monsters that feed on people.

There is salvation from monsters: they do not tolerate alcohol.

And the heroes, in order not to be eaten, have to constantly drink.

"Love and Monsters" is the debut of director Ekaterina Krasner in full meter.

Debutant Anatoly Pasichnyk took over most aspects of the production of The Long Way Home: he was responsible for developing a script based on his own novel, directing, editing, played one of the roles and even acted as a composer.

The filmmakers did not use sets and worked only with nature.

Pasichnyk did not involve professionals in his work.

Moreover, some of the artists played characters copied from themselves.

40% of the film is made up of scenes taken from real life.

In the center of the plot are the adventures of thirty-year-old Sergei.

For no apparent reason, the hero begins to visit ominous visions that come true in real life.

Sergei will try to unravel the nature of incomprehensible phenomena and look for the meaning of life.