In the United States, the scandal continues to gain momentum around the famous film and theater producer Scott Rudin, who is accused of mistreating employees. The brother of Kevin Graham-Kaso, who committed suicide in 2020, criticized Rudin. Kevin's relatives believe that it was the emotional abuse by the producer, whose assistant he worked for several months in the late 2000s, that drove the deceased into depression. Earlier, several of his former subordinates complained about Scott Rudin's overly expressive behavior. Amid the scandal, the producer refused to actively participate in the work on Broadway productions. 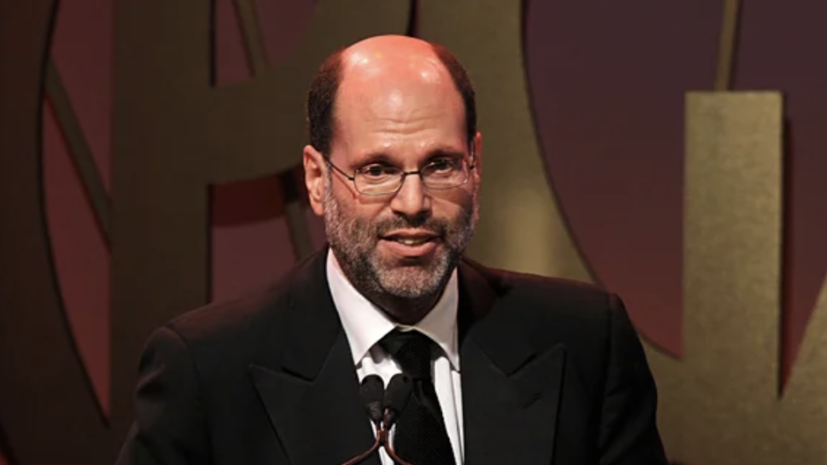 In the United States, the scandal continues to gain momentum around the influential producer Scott Rudin, who worked on such high-profile projects as The Truman Show, The Grand Budapest Hotel, The Social Network, The Girl with the Dragon Tattoo.

The filmmaker is accused of an aggressive and cruel attitude towards subordinates.

This time, relatives of Kevin Graham-Kaso, Rudin's former assistant (they worked together for several months in the late 2000s), who committed suicide in October 2020, spoke out to the producer.

According to Variety, friends of the deceased studied his emails, which mentioned Scott Rudin.

One of the messages said that the producer lost his temper after learning about the plans of a subordinate to change jobs.

“He went berserk, said to forget his number, and that I was dead to him, that I was an enemy of his company, and that he hoped that I would not achieve anything in life,” wrote Kevin Graham-Caso.

In another message, the assistant stated that cooperation with Rudin had permanently shaken his nervous system.

Those close to Graham-Caso also believe that his work as an assistant producer caused serious damage to the young man's psyche.

Kevin's friends recall that prior to joining Scott Rudin Productions, he was a pleasant and confident person.

At work, Graham-Caso allegedly had to work overtime, as well as endure the irascibility of his boss.

It happened that he was rude to a subordinate, and once threw a stapler at him.

Angry, Rudin could fire some of the employees, or even all of them at once.

True, in such cases he soon accepted most of them.

Graham-Caso himself has also been fired several times, says one of his friends.

Nevertheless, Kevin continued to hold on to this job, since his career depended on it in many ways.

At the same time, relatives noticed that the young man had health problems.

In addition, Graham-Caso, who hoped to realize himself in the future as a screenwriter, began to constantly doubt himself, his friends say.

According to them, he was depressed and had to take medication for PTSD.

On Monday, the brother of the deceased, David Graham-Caso, posted a two-minute video appeal to Scott Rudin, in which he accused him of emotional abuse, which allegedly provoked Kevin's depression.

According to David, it was because of this depression that his brother entered into an abusive relationship that ended in suicide.

A message to Scott Rudin.

In early April, The Hollywood Reporter published an article that included the memories of former subordinates of the producer about their experience with him.

The respondents talked about the irascibility and cruelty of their boss.

The material describes a case eight years ago, when Rudin was furious because his assistant did not buy a ticket for the required flight - all the seats were occupied.

Then the producer allegedly smashed the monitor in the arm of his assistant.

Another Scott Rudin Productions employee recalls that once a producer threw a laptop out a window in a conference room, and another time he threw a glass bowl at his subordinates.

No one was hurt by the shrapnel, but an ambulance was called for one of those present - he had a panic attack.

Some people recall the cases when Scott Rudin insulted subordinates.

One of the assistants, after hearing a lot of insults, left the film industry altogether.

According to The Hollywood Reporter, Scott Rudin made inappropriate remarks not only about his subordinates.

For example, in emails released to the public after the Sony Pictures Entertainment servers were hacked in 2014, the producer called Angelina Jolie "a spoiled brat with minimal talent."

Also, due to disagreements of a professional nature, Whoopi Goldberg got - Rudin christened her an idiot and promised that the actress would never work on important projects again.

The publication of the material was not long in coming a reaction from artists and other public figures.

They all condemned Rudin's behavior.

Especially resonant was the statement of the actress Karen Olivo, who played the main role in the musical "Moulin Rouge!"

She announced that she would not return to the play, as she was disappointed with the lack of reaction from representatives of the Broadway industry to this scandal.

By the way, the producer has nothing to do with this production.

Nevertheless, in this way the actress intends to express her protest against "social injustice".

“Social justice is more important than the status of a sparkling diamond.

It's more important for me to build a better industry for my students than to fill my pockets with money, ”says Olivo.

Scott Rudin acknowledged the seriousness of the charges against him, apologized to his colleagues and promised to take into account what was said and take "the measures that should have been taken many years ago to deal with this behavior."

"Much has been written about the disturbing interactions with colleagues from my past, and I am very sorry for the suffering that my behavior has caused people directly or indirectly," - quoted the producer of The Washington Post.

Also, Scott Rudin announced his decision to abandon active participation in Broadway productions after the opening of theaters.

However, not all victims accepted Scott Rudin's apology.

David Graham-Caso in his address noted that Rudin's departure from Broadway is nothing more than a PR strategy.

“Your recent statement that you are taking a temporary and indefinite hiatus (from participating in projects. -

) on Broadway does not indicate remorse.

It is not about the intention to get better.

All this seems to be just a clever PR strategy to avoid real consequences, ”says Graham-Caso.

In his opinion, Rudin should be punished more severely.

“The real consequences would be if the distributors announced that they would not buy any of the films associated with your name, that this will not happen if the result is a person who treats others the way you do.

The real consequences would be if the talented writers, directors and actors you work with stopped answering your calls, ”the video says.

There is no talk of such measures yet, but a protest march is scheduled for April 22 on Broadway.

Among the demands made by the organizers is the expulsion of Scott Rudin from the Broadway League.

Otherwise, they suggest that the producer select 20 black, indigenous and color-run theaters and donate a large sum of money to them.