“Hard but fair”: “What does Söder actually stand for? Nobody knows "

Frank Plasberg discussed with his guests the different ways in which the Union and the Greens deal with the K question. While Anton Hofreiter basked in the splendor of his party's candidate list, Wolfgang Bosbach longed for a decision and named his favorite. 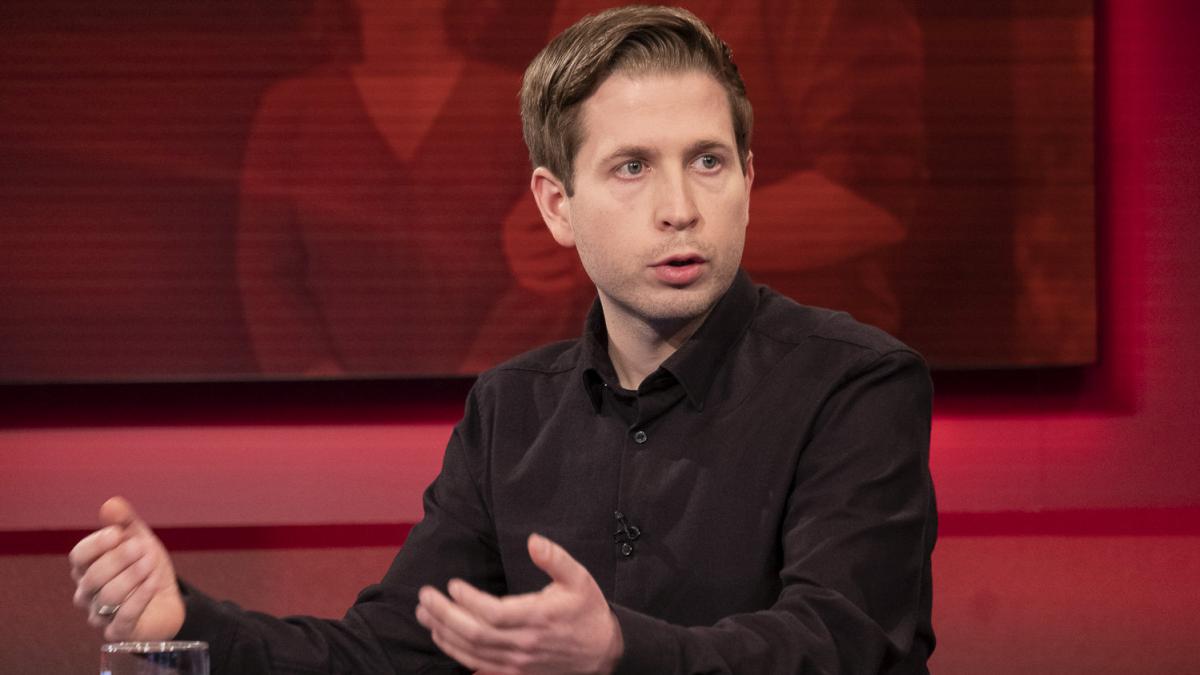 In perfectly staged harmony, the Greens chose Annalena Baerbock to be their first candidate for Chancellor on Monday, while the tough struggle on the K question at the Union went into the next round.

Robert Habeck generously allowed the Greens co-chair to take precedence, without there having been a public debate.

The power struggle between Armin Laschet and Markus Söder is completely different: the bosses of the CDU and CSU have been exchanging blows on the open stage for several weeks.

There is already talk of the wrong world.

Ironically, the Greens, who are otherwise so grass-roots democratic, leave the decision to their top duo, and the Union suddenly listens deeply to the grassroots, which has not always been listened to in the end.

But is the unity of the Greens on display at all an advantage over the open political debate in the upcoming election campaign?

Frank Plasberg wanted to know that from his guests.

The live broadcast was under the direct impression of the parallel conference of the CDU federal executive committee in Berlin.

ARD reporter Tina Hassel waited in front of the Konrad Adenauer House of Things and provided the group with the latest water level reports: “The speech battle continues.

Meanwhile, Wolfgang Bosbach complained about his “inner turmoil”, but then clearly confessed to Söder: “We're all torn here and there.

On the one hand, loyalty to my party leader, on the other hand, I'm not particularly romantic.

I would like to run with the one with which we have the best chances in the Bundestag election according to the current state of affairs, ”said the Union politician.

The positive polls for Söder are by no means just snapshots.

Bosbach, who has not accompanied any offices since 2017, did not mince his words and was visibly angry about the tough negotiations.

“Guys, what are you waiting for?

Do we have any other worries and problems? ”He addressed his party friends directly.

There would be no more new knowledge.

When Plasberg asked how Laschet should best behave, Bosbach answered briefly with two words: "Like Habeck."

No quarrel with the Greens

Anton Hofreiter, on the other hand, appeared with a broad chest and countered Plasberg's accusation that the decision on the K question had been made by the Greens in the smallest possible back room. “In this case it was easy with two suitable candidates. There was no reason to stage it as a poisonous dispute. ”The result must also be confirmed by grassroots democracy.

Martin Richenhagen reacted in two minds to the success of the Greens.

That was the reward for good work, he praised.

Over the years, the Greens have also established important issues such as climate protection and sustainability in companies.

“But when I look at the program, it's very populist.

Everything is in there that everyone wants.

But it doesn't say how it is paid for.

That is not mentioned separately because it would also destroy the harmony with the Greens ”, so Richenhagen's assumption.

Kevin Kühnert wants to know who Söder is

Hofreiter found the dispute in the Union to be paralyzing for the current government work, whereupon he naturally received a lot of applause from Kevin Kühnert.

The deputy head of the SPD also criticized the fact that, apart from the Union's staff, there was also no substantive knowledge of where you were.

“What does Söder actually stand for?

Nobody knows that. ”It is no different with Laschet.

Five months before the election one can only discuss concepts and programs of the SPD and the Greens.

Probably in order to get to know the CSU boss a little better, the Söder biographer Anna Clauß was asked by Plasberg about more or less exciting details about his private life.

“What are his hobbies?” Plasberg wanted to know.

"Tennis and Diet Coke" was the answer.

The rest of the characterization was similarly productive.

Clauss outlined Söder as a career-focused but critical professional politician without much private life.

There is no hidden side to Söder.

The need for a "strong man"

Helen Bubrowski raised the question of what would actually happen in the CDU if Söder were to prevail.

“If Söder is nominated, Laschet must consequently resign from the party chairmanship,” she concluded.

“He was elected three months ago with the aim of running for Chancellor as well.

He would be so damaged if he doesn't make it and the base runs away from him that he no longer has the authority to unite the party. "

She also expressed a theory about why Söder left Laschet so behind in the surveys: “You could believe that Söder is held responsible for the foul games, the taunts and the agitation against Laschet, but he is rewarded for it. There is evidently a need in the population for a strong man who asserts himself with brute force. "